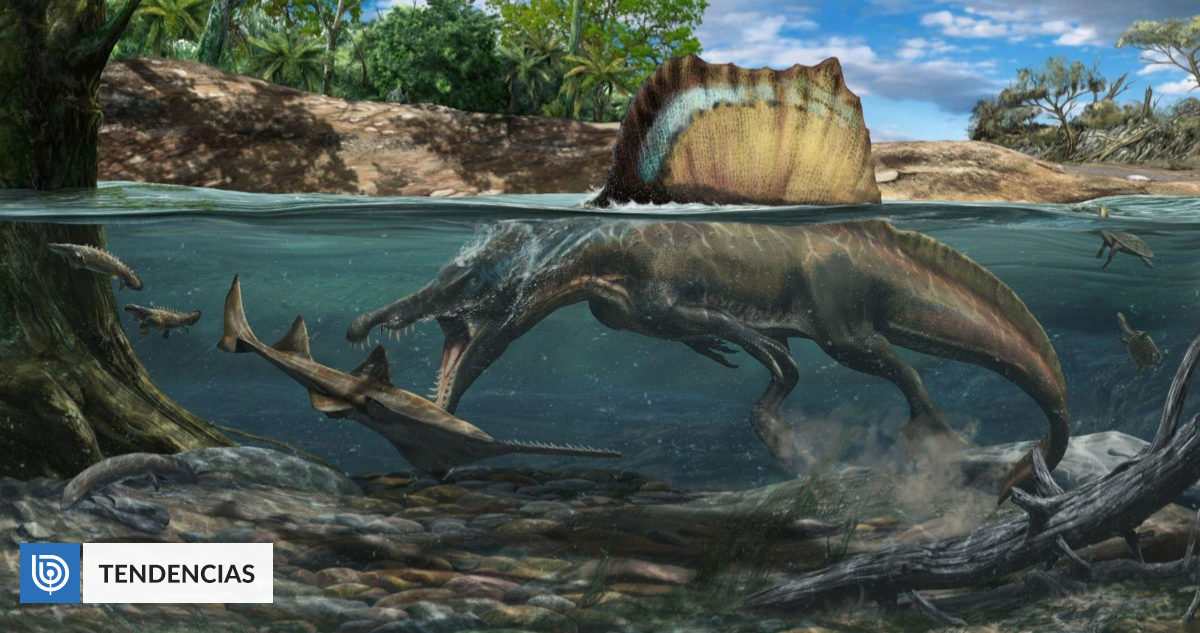 In early April, a study was published in the journal Nature showing that Spinosaurus’ bone structure was similar to that of today’s penguins. These findings will allow us to understand what the aquatic life of this prehistoric species was like.

Recent study published in journal Naturalshow that Part of Spinosaurus’ bone structure was similar to that of penguins. This particular predator was the first known semi-aquatic dinosaur.

The theory that Spinosaurus interacted in aquatic ecosystems was confirmed in 2020 by the discovery of fossilized teeth in the Moroccan Sahara, where rivers once crossed.

Other findings also support this hypothesis. For example, it has features in common with other swimming animals, such as its paddle-shaped tail, conical teeth, and long body shape. Spinosaurus was longer (snout to tail) than an adult Tyrannosaurus Rex, and had a crest nearly two meters high on its back.

While paleontologists who study water giants agree that Spinosaurus and its relatives had a close relationship with water, for years it was debated whether it was some kind of “river monster” or whether it just wandered the riverbank and drowned briefly to hunt for fish. This year the results of a study seeking to clarify these doubts were released.

After difficult data collection, the researchers were able to compare their bone density with that of different animals, both living and extinct. This exercise finds that Spinosaurus had a very dense wall of bones, like penguins today. It states that prehistoric animals spent most of their time in water.

Dense bones are key to understanding how predators swim. Being strong, they allowed him to submerge and move through the water with ease, much like penguins and other semi-aquatic animals that exist today, such as crocodiles and hippos.

The same study also confirmed that Spinosaurids (their family group) were animals adapted to life in water. It will be the only group of its kind to do so. Nizar Ibrahim, the study’s lead author and paleontologist at the University of Portsmouth in the UK, told National Geographic: “Bones don’t lie. Spinosaurus was more aquatic than we expected. ”

While this finding is a good contribution to understanding this unique species a little bit more, it is still confusing to experts. This is because its elongated body and large crest do not resemble the structure of other prehistoric water creatures.

This article is based on scientific studies that may undergo new tests to be validated or discarded. Your results should NOT be considered conclusive.