Taking his first points in Formula 2 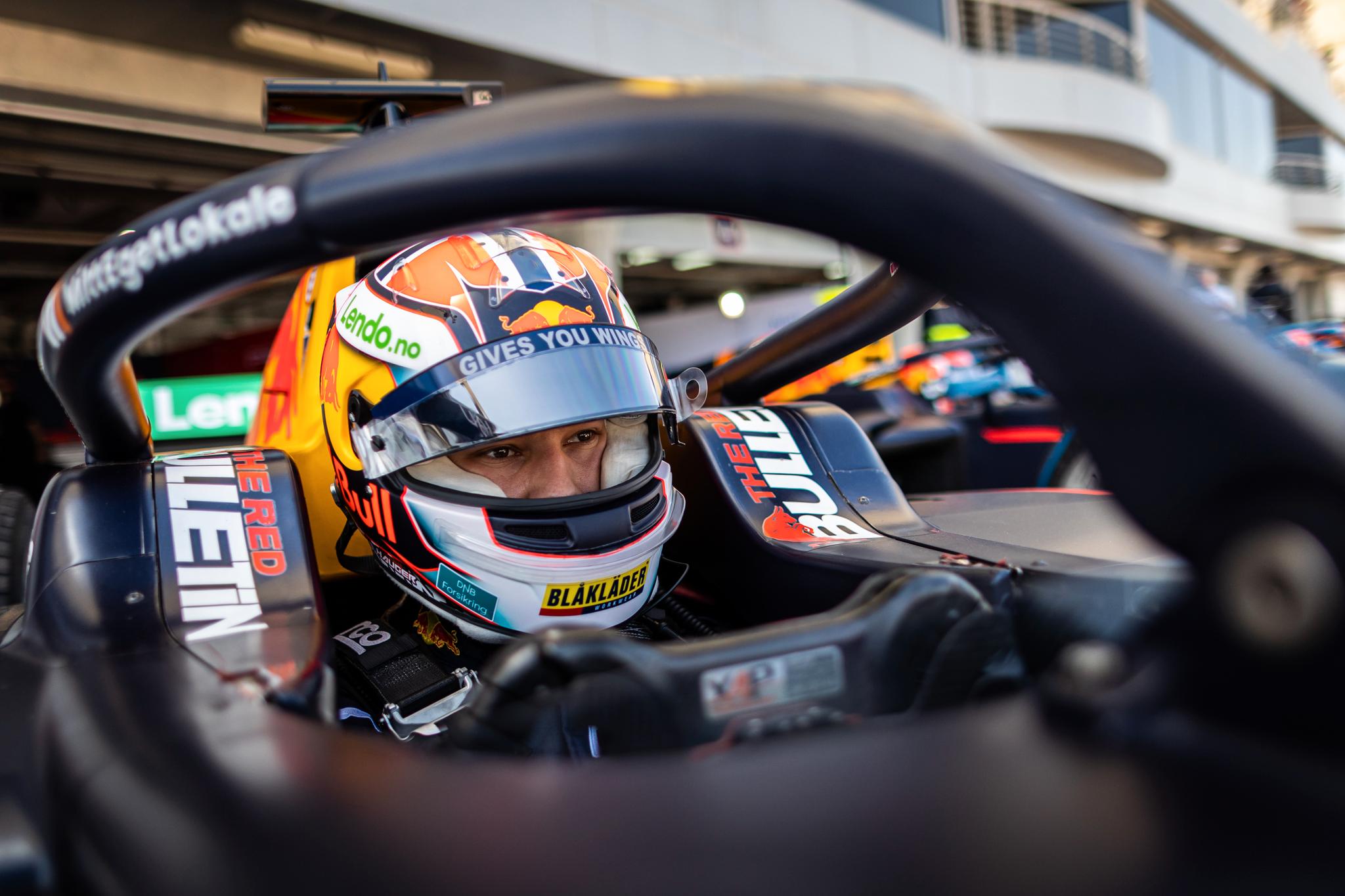 There was a lot of hard work at the start of the 2022 season for 19-year-old Dennis Hauger. But during Sunday’s main race in Jeddah, the Norwegian fought back – and snatched his first points in Formula 2.

The Norwegian finished 6th, his best position in Formula 2. It also delivered eight points – his first in a Formula 2 circus.

Hauger started in 10th and sped up to 8th and 7th, but it was only when the competitors advanced to the depot that he raced to the lead.

Competitors started the race on “soft” tires, while Hauger started on medium tires. That way, he was able to stay longer on the track, and the Norwegian raced fast and also took the lead.

He took the lead until he advanced to the mandatory depot stop in round 22. After a well-run pit stop, he left the depot in 8th position, and then progressed in several places.

6th place in the main race gives eight points. In the main races, the top ten collect points, while the top eight earn points in the sprint races.

Hauger’s manager, Harald Huysman, told VG it was good to finish the main race without drama.

– It was good training in driving on super fast tracks, where he constantly found tenths at various turns during the race. He cracked some small but important codes. We must not forget that he is completely new to Formula 2. Two tracks where he has never raced before. It’s a very useful experience to take with you from Imola and Barcelona – which he knows beforehand, says Huysman.

He fought Marcus Armstrong for 5th place all the way to the finish line. Hauger might have finished 5th if he still had a few hundred meters to go, but the finish line came a little too soon. Nevertheless, Viaplay commentators were impressed and pleased with the efforts of the PREMA Racing drivers.

– A perfectly completed race, is the decision of Viaplay’s expert commentator, Henning Isdal.

Sunday’s race isn’t completely drama-free either, though it never gets as chaotic as Saturday’s sprint. On his way out of the depot stop, Hauger almost hit the wall of the depot, but the 19-year-old fled in fright.

With new tires on the last lap, Hauger tried to take the fastest lap to earn extra points, but Virtuosi Racing’s Jack Doohan took the points.

Felipe Drugovich, starting on the front lines, took the win in Jeddah. Overall, it was a very good weekend for PREMA Racing as both cars picked up points: Hauger’s teammate, Jehan Daravula secured a place on the podium with 3rd place.

It’s been a tough debut season so far for Dennis Hauger:

He finished ninth in the opening weekend sprint in Bahrain last weekend and is thus one place away from his first Formula 2 points, and the 19-year-old driver. had to break the main race after depot troubled.

No better this weekend in Saudi Arabia: He started in pole position in Saturday’s sprint, but after collision between two competitors and communication failure between team and race management he ended up getting a penalty and last place.