The British Ambassador said they were already working on… 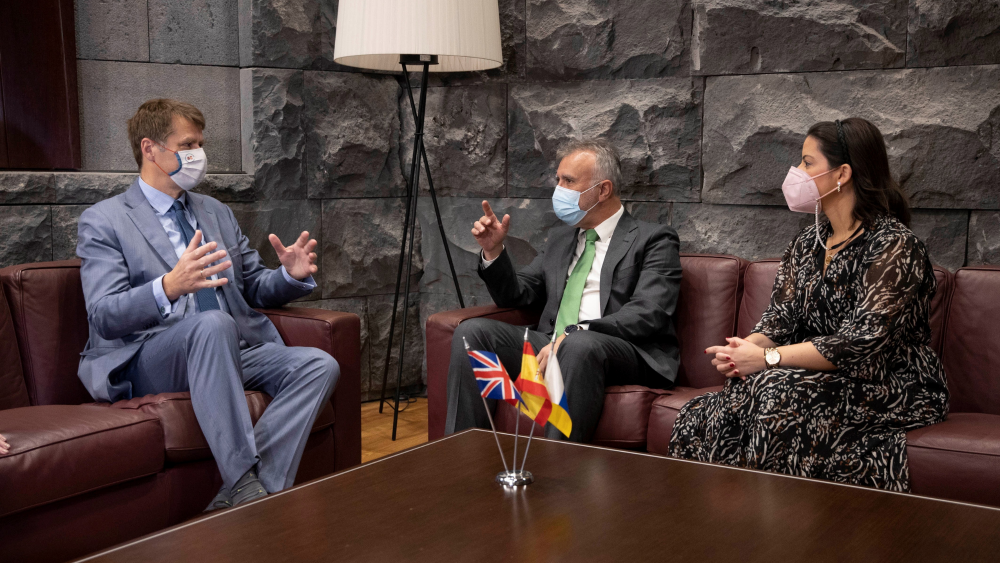 ambassador from great Britain in Spanish, Hugh Elliott, said this Wednesday that they are working to solve the problems caused by Brexit and the pandemic in commercial relations, so that this year they recover along with tourism. After meeting with the president of the Canary Islands, Angel Victor TorresThe British ambassador has highlighted that tourism from his country is “born again, it returns” to the Canary Islands, which is “very positive” for the two island regions with which they have had centuries of ties.

Elliott hopes that this year will be a year of recovery from english tourism, which in “normal” time nearly 5 million people arrive in the Canary Islands a year, and has acknowledged that the fact that the full vaccination schedule is no longer mandatory for children under 12 years of age will have a positive effect. The Ambassador commented that during the pandemic his government has tried to understand and respect each executive’s decisions, as they were adopted to protect citizens’ health, and added that now “we celebrate that there is flexibility” because it means tourism will return.

Regarding the downturn in business, he pointed out that due to Brexit and the pandemic there has been a downturn and now they are working “intensively” with business organizations so that the new customs rules and procedures are well understood and thereby recovering the same trade from tourism.

The President of the Canary Islands thanked the ambassador for his empathy and pointed out that as the sixth wave of the coronavirus subsides, the outlook has improved, making it “very positive” and the goal is that this year 90 per cent of the tourism that was before the pandemic came from the UK.