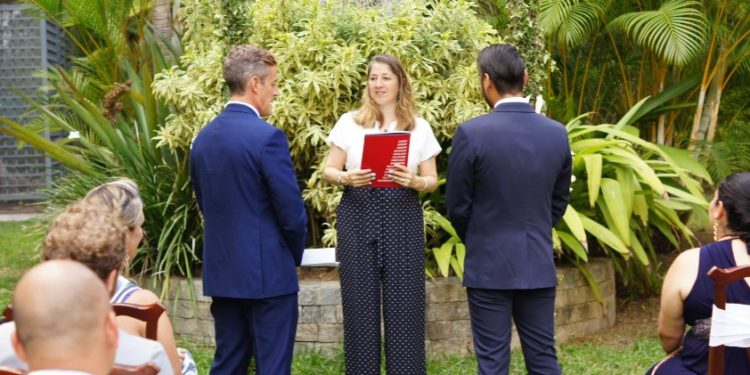 Since 2019, the UK has led, along with Argentina, the Coalition for Equal Rights.

The British Embassy in Venezuela celebrated the civil union of two men on Friday, in a ceremony officiated by the Charge d’Affaires, Becks Buckingham.

The diplomat, who published photos of the event on his social networks, stated that it was an “honor and privilege” to have the opportunity to make this couple’s union official from the British Residence in Caracas; an act of great symbolism considering that in Venezuela the rights of Lgbtiq+ people are not recognized.

An embassy spokesperson explained that “the UK Foreign Office routinely provides this type of service to British nationals living abroad, including those living in Venezuela.”

Since 2019, the UK has led, along with Argentina, the Coalition for Equal Rights, a group of more than 40 countries committed to eliminating discrimination based on sexual orientation.

Have the information directly on your phone. Join Diario Primicia group on WhatsApp via the following link:https://chat.whatsapp.com/I2kSXaefTBA49tkAc1gOxU

We are also on Telegram as @DiarioPrimicia, join us here: https://t.me/diarioprimicia