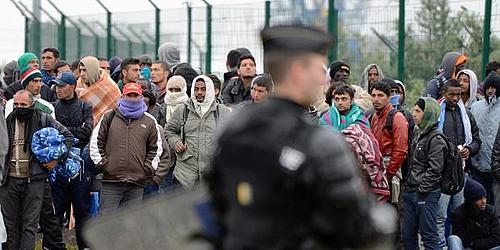 The government should do more to make it happen legal and safe route entry to the UK to prevent further deaths, Amnesty International UK said today in response to the release of UK government immigration statistics.

The latest statistics on immigration, released today by the Home Office, show that the number of asylum seekers in the UK is very similar to two years ago. However, the deaths of people crossing the Canal have increased because the Government does not offer a legal and safe route to enter the country.

Asylum applications have increased since June 2021. However, the annual number of applications has been relatively stable, compared to the last two years. Steve Valdez-Symonds, Director of Refugee and Migrant Rights at Amnesty International UK, said:

“After yesterday’s terrible tragedy on the Canal, the UK government must act without delay and decisively to prevent further loss of life.”

“The UK should make it a priority to share the responsibility with other countries for accepting people into its asylum system, and that has to do with providing safe and legal routes and encouraging other countries to do the same.”

“We must remember that people are making this dangerous journey because the government does not offer a safe alternative to exercising their right to seek asylum here.”

“The Afghanistan Resettlement Plan is a sign of the government’s inaction in providing safe routes. This plan, announced in August, has not yet been implemented; and the ministers can’t even guarantee that it will take effect immediately.”

“The UK’s failure to do its part in providing protection for people fleeing conflict and persecution is even more worrying at a time when the Home Office is trying to move forward with its draconian Nationality and Borders Bill. This new policy will further strengthen the asylum system and will continue to punish and exclude those seeking safety.”

“If the government really cares about fighting these gangs and their offences, the government should establish safe asylum pathways so that people are no longer dependent on border crossers..”

“We urgently need a new approach to asylum, which must include genuine efforts by the British and French governments to establish safe asylum routes; deep reform of the application system, which is very slow; an end to the dangerous and inappropriate use of accommodation facilities such as the Napier Barracks, and a humanitarian approach to politics.”