The thriller World Cup in Vikersund ends on a podium. Failed to defend title 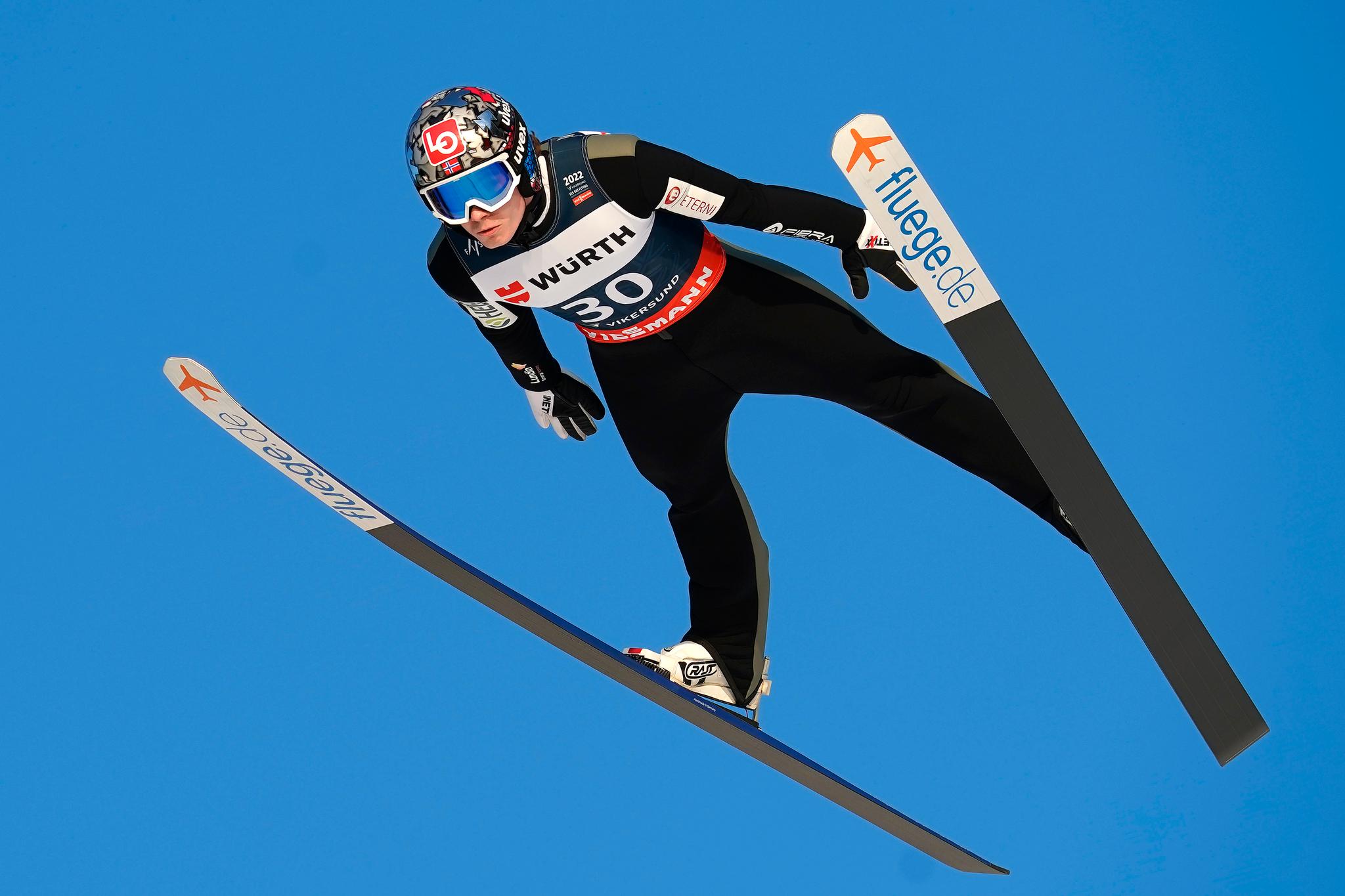 Norway took bronze in the team competition thanks to a strong final jump by Marius Lindvik. Slovenia won amazingly.

Saturday was a great day in Vikersund, from Norwegian eyes. The sun was shining brightly and the area around the hill was filled with thousands of people. A Norwegian winter day couldn’t be more beautiful as Marius Lindvik topped Saturday with World Cup gold in ski flights.

But the team competition on Sunday is a bit tighter. The fees for the competition were not what was expected, and the Slovenes became too strong.

Marius Lindvik, Johann André Forfang, Daniel-André Tande and Halvor Egner Granerud, are the team that will attempt to defend the title from the WC at Planica in 2020.

The Norwegians jumped for medals, but sadly it didn’t go far enough for gold.

Robert Johansson suffered back pain on Friday, and thus lost the team competition on Sunday.

Halvor Egner Granerud joins the team. He missed out on individual competition after two failed jumps in the test round on Thursday.

It all makes the national team manager nervous and insecure.

– We had hopes of competing for medals, even though the costs weren’t as expected, Bråthen told Aftenposten.

But Granerud is certainly not just any backup.

– We included number three in the summary of the world cup, so we are privileged that way.

Back after the first half

The first Norwegian in the team competition was Forfang. After all countries sent their first men down the hill, Norway was in fifth place. His biggest competitor, Slovenia, entered the top after Petr Prevc jumped 231 meters.

– It’s not a good feeling, Forfang said after jumping.

Tande’s efforts are also not as far off as they should be. But Granerud jumped far. With a jump of 219 meters, the hope of getting a medal did not completely disappear.

– We feel that we have a good team, but the Slovenians seem very strong, said Bråthen.

The first half ended in fourth place. 7.2 points behind Austria in third place.

Close to the podium

As the second half drew to a close, Slovenia took the lead comfortably ahead of Germany, Austria and Norway vying for the podium.

– Absolutely fantastic to watch. There were four people who were in the flow zone and made really good jumps. You just have to admire, said jump coach Alexander Stöckl of the Slovenian team.

Norway is closer to the podium than in the first instance. When half of the teams had jumped, they were just three points behind Germany, who was then in the bronze spot.

It got even better when Lindvik as the last man out jumped well 228 meters. Thus, he put pressure on Austria and Germany before his final jump.

Austria’s Stefan Kraft didn’t meet on the final jump. That’s why Norway went through and secured the podium. Germany’s Karl Geiger finished with a massive jump of 238 meters and jumped to the silver medal.

Even between the three teams competing for silver and bronze medals. In the end, recent world champion Lindvik secured bronze for Norway, just under five points behind Germany. Austria got acid fourth place.

The Norwegian national jump team traveled home from the World Cup in flying skis at home with one gold and one bronze. The manager of the Brthen national team summed it all up as a fantastic championship.

– There’s no doubt about that. For us, Vikersund is truly unique.

Bråthen, who is a Liverpool supporter, compared the atmosphere at Vikersundbakken to Anfield Road.

– I’ve said it a few times, it’s definitely the same feeling the players get when they go out onto the grass at Anfield. You feel very welcome and appreciated, he brags.