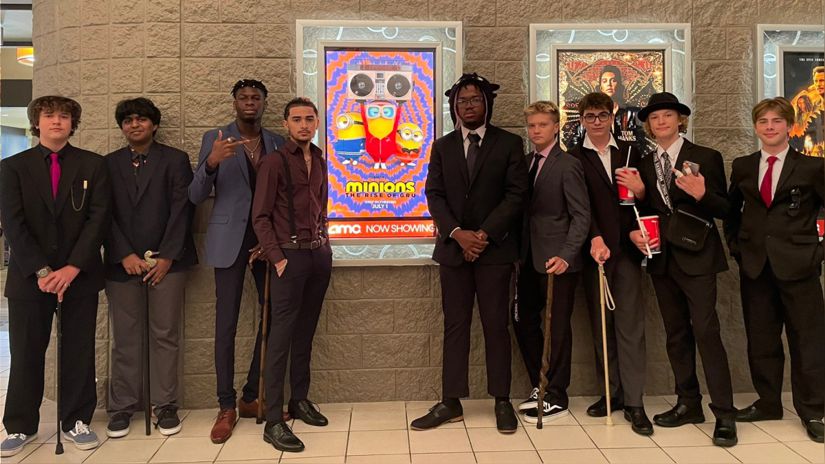 A trend tik tok has caused trouble in theaters around the world amid its release ‘Minions: The Origin of Gru‘.

Young people and teenagers go to the cinema in an elegant way, in jackets and ties, to watch movies. They call themselves #gentlemen.

It memes from ‘young man in suit’ in social network This is not new. It is mostly used to ironically signify that you are elegantly preparing for an action that would normally go unnoticed or only you would understand.

Trending origins made with the premiere of ‘Joker’, with hundreds of memes on the forum and social network people in suits buy their tickets to the movies. There is even a variant starring YouTuber Fernanfloo.

But recently in tik tok The first formula was popularized with the phrase: “Four tickets for Minions: The Origin of GruPlease”. The internet is ready for movies.

This is how hundreds of teenagers from various countries around the world begin to enter the room in suits. The videos are tagged under the hashtag #gentlemen (a combination of male -knight- and minion).

The fact is that the entrance to this cinema gentlemen doesn’t go unnoticed, and they don’t want it themselves: their behavior is, in many cases, chaotic and even harassing movie theater staff while they shoot their videos. tik tok.

Mainly, the young people were screaming and getting very excited by the most important scenes of the film, including the opening credits, especially scaring the small children who were present with their parents and not understanding the situation.

For that, according to BBCin Britain and the United States, different theaters prohibit the entry of young people in suits, especially those in groups.

“We had families who left before the film started, and of course the children were crying,” a manager told reporters.

However, manufacturers and distributors of Minions: The Origin of Gru they seem happy with it memes. The Universal Pictures account wrote on Twitter: “To everyone who showed up to see minion in a suit: we love you”.

be for him memes or not, the film is a success. This weekend has raised $108 million in North America alone, becoming one of the most successful of the dates before July 4, the United States’ Independence Day.