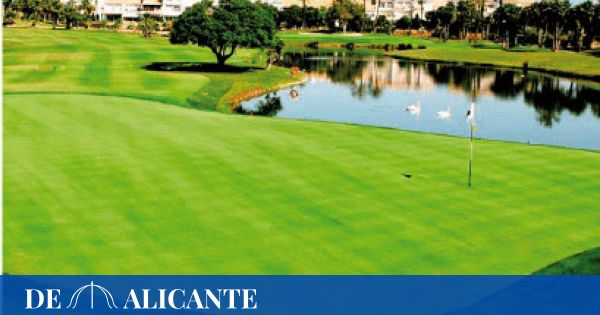 Alicante wants to be ideal destination for golf practice. City Tourism Council The City Council, in collaboration with the Costa Blanca Golf Course Employers Association, has launched a communications campaign at the national level to attract this sport lover. According to a statement, this type of tourist is allowed 17 euros more on average per day of the rest of the visitors who pass through town.

This campaign is part of Reactive Pack pushed by City Tourism Board Aimed at associations and non-profit entities for the reactivation of Alicante as a tourist destination in 2021 after going through the worst moments of the pandemic. In particular, they were destined 8,200 euros to promote golf practice in the municipality in various national digital press media.

Deputy Mayor and Member of the Tourism Board, Let’s carmen sanchez, has shown the importance of promotion in this sector by “high purchasing power of tourists and the benefits it leaves behind in the hotels, inns and trades of our city.”

In fact, the average national tourist spending who comes to play golf it amounts to 59 euros compared to the remaining 42, while for foreign tourists this figure rises to 125 euros per day compared to 98.5 euros for the rest. The profile of tourists who are abroad mainly comes from English, French and German.
In addition, the Chairman of the Board has highlighted the ability of golf practice to “to eliminate the tourist offer season, since peak occupancy is in the spring and autumn “. For this reason a campaign has been developed in October and November, to attract tourists this fall as well as in winter thanks to the climate we enjoy in Alicante.

Alicante has two 18-hole golf courses, one at San Juan Beach and another one around the airport. Also, there are three others fields around the municipality. Don Cayo Golf Club in Altea, Alenda Golf in Monforte del Cid, La Finca Golf in Algorfa, Ifach Golf in Moraira, Jávea Golf Club between Jávea and Benitachell, Las Colinas Golf & Country in Miguel de las Salinas, La Sella Golf Club in Dénia and Villaitana Golf Club (Real de Faula) in Benidorm, this is some of the best places for your training in the province of Alicante.