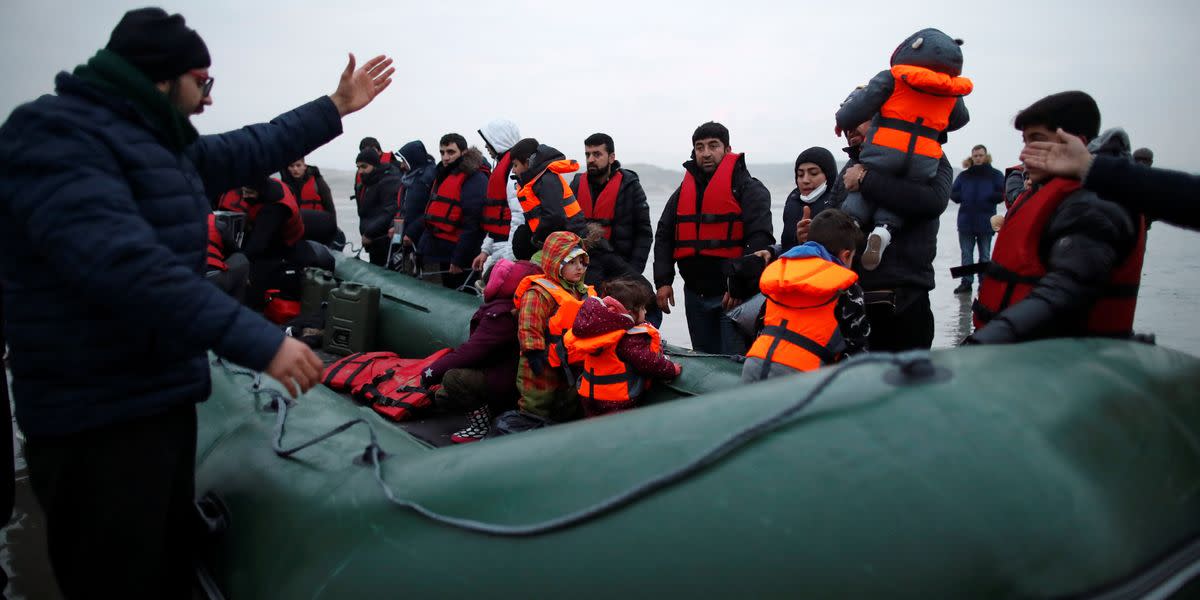 Britain has offered France to contribute “agency on the ground” and technological solutions to control migration through the English Channel, Britain’s Home Secretary said Thursday in Parliament. Priti Patel.

“We have contacted (Paris) once again to make our offer very clear in terms of cooperation between the UK and France,” Patel said. following the deaths of at least 27 people who tried to reach the UK by small boat.

The minister argued in the House of Commons that “coordinated international efforts” were needed to address the “global crisis of illegal migration” and prosecuted traffickers who “exploit and manipulate” people.

Wednesday’s incident, in which seventeen men, seven women and three minors died, was the most serious of its kind ever recorded in the English Channel.

Patel said today that the event was “no surprise”, after the British Prime Minister, Boris Johnson, yesterday suggested that the French government had not taken all the steps it deems necessary to try to prevent migrants from trying to reach the UK by sea.

“People should apply for asylum in the first safe country they come to. No one needs to flee France to find safety,” Patel said today, highlighting that a new nationality and border law being processed by the UK Government will address the challenges posed by migrant arrivals to the UK.

People should seek asylum in the first safe country they come to. No one needs to flee France to find safetyPriti Patel, UK Home Secretary

The law proposes to increase the sentence for “attempting to enter the UK illegally” from six months to four years in prison.

It will also increase the powers of UK agencies to “stop and divert vessels suspected of bringing illegal migrants to the UK and – subject to agreements with relevant countries such as France – return them to where their maritime voyage began.”

It also stipulates that the UK Government processes asylum applications while the applicant remains “overseas”.

Homeland spokesman for the opposition Labor Party, Nick Thomas-SymondsHe said he would not support this legal process, considering it “violates the refugee convention” and “damages (Great Britain’s) position in the world.”

The recent migration tragedy in the English Channel has also prompted France to accelerate the fight against these irregular flows with other countries directly involved.

This week in Calais, the pinnacle of sea crossings to England, the French Executive invited heads of Home Affairs from Belgium, Germany and the Netherlands, in addition to the UK and European Commission, to overcome the battle.

The goal sought, according to the Prime Minister after a meeting of the French government, Jean Castex, is “determining ways to strengthen police, judicial and humanitarian cooperation to better combat trafficker networks involved in migration flows.”

For although Wednesday’s shipwreck occurred in French territorial waters, from which the voyage is shorter, Paris highlighted that the majority of migrants venturing to British shores crossed France’s land border “hours before” the attempt, so “it is an issue that requires an intergovernmental approach.” and Europe.”

The need to come together to confront the network of immigrant smugglers has been underscored since the balance of this accident was known, the worst of its kind since the disappearance of seven people at sea in October 2020.

“I ask my European colleagues to immediately strengthen the agency’s media Frontex at the Union’s external borders and an emergency meeting of European ministers related to the challenge of migration”, said the Head of State this Wednesday, Emmanuel Macron.

The president repeated the message after meeting in Zagreb with Croatia’s Prime Minister, Andrej Plenkovic, who previously argued that France was “just a transit country” and that by the time the immigrants arrived on the shores of the English Channel “it was too late.”

“We have to increase the responsibilities of our partners and increase our cooperation with Belgium, the Netherlands, Germany and the UK, but also with the European Commission,” he told a news conference.

France recalls that its police and police officers were acting “day and night” both to help those who plunged into the sea and to dismantle smugglers’ networks.

Since the start of the year, 7,800 immigrants have been rescued and “more than 1,550 smugglers have been arrested”, and last night at the Belgian border five were arrested who had transported materials purchased in Germany to the coast.

In decisions that reflect current migration tensions, Sporting goods chain Decathlon pulled recreational boat sales at some shops in northern France this month to prevent them from being used by migrants in their attempts to reach the UK.

France also advocated, according to Macron, for a “stronger Schengen zone, more specific in the protection of external borders” and that it was “much more political in its administration”. And he called on the British Prime Minister, Johnson, not to exploit the dramatic situation and act with dignity, “with respect and in a spirit of effective cooperation when dealing with human life.”

Meanwhile, Calais, one of the most conflicting points of illegal emigration in Europe, is shocked by this latest tragedy and its residents, according to Efe, feel abandoned by politicians despite promises made to end a decades-old situation.

Outrage was reflected in public demonstrations in the city, and this Thursday the NGO Utopia 56 has scheduled new protests, both there and in Paris, to remember the victims and support the “dignified reception” of those who came to the zone.

This article originally appeared on The HuffPost and has been updated.