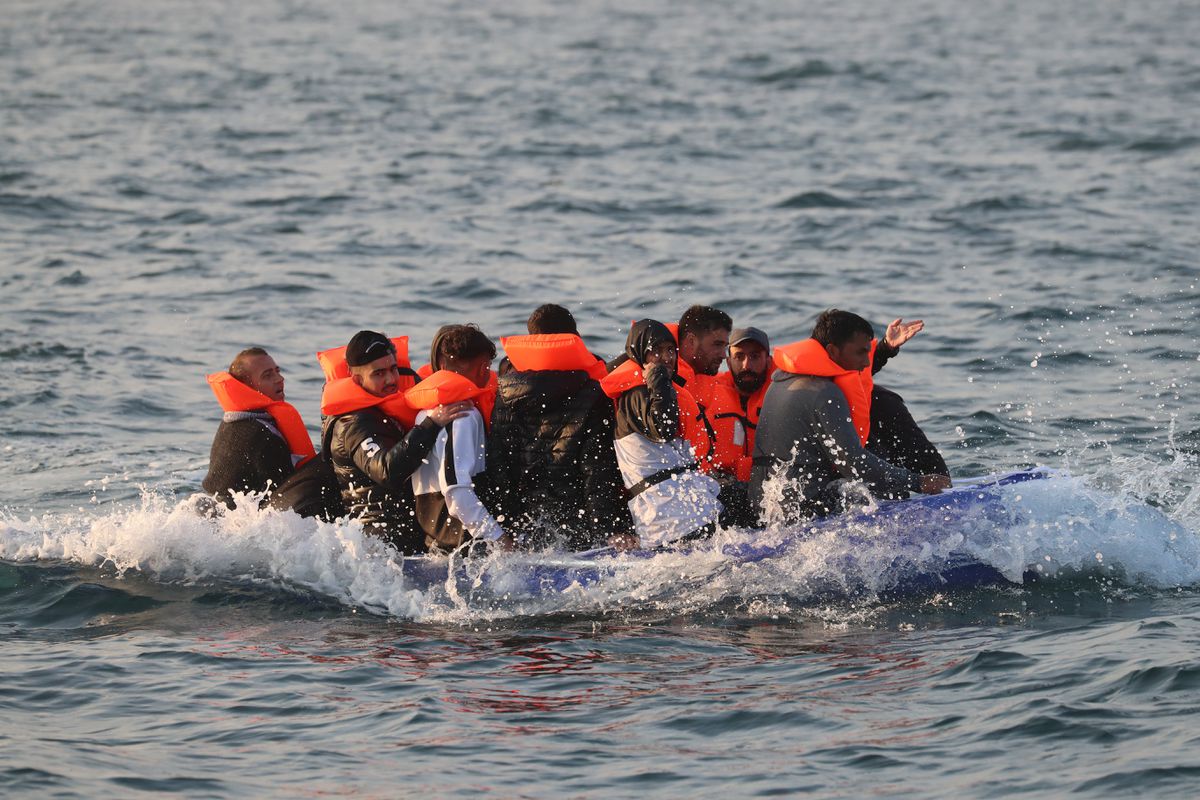 Boris Johnson’s government is determined to make its borders virtually impenetrable in the post-Brexit era. Home Affairs Minister Priti Patel, who is in charge of a new immigration point system that tightens access to the country, is now preparing to present, next week, because newspapers have advanced Time, another law under which asylum seekers and refugees trying to reach British shores will be referred to detention centers outside the UK. Patel has started negotiations with the Danish authorities to share the facilities located in Rwanda.

So far in 2021, more than 5,600 people have been intercepted attempting to cross the English Channel clandestinely. Johnson, who is running the Brexit revolution on the back of a tough anti-immigration speech, has in recent months lobbied his ministers to find a solution to the problem. The answer will be called the Nationalities and Borders Act, a text that ends Britain’s friendly policy of welcoming all those suffering from persecution somewhere in the world, and inevitably deviates from coordinated efforts with the EU.

“Our asylum system is not working, and we cannot sit idly by while the dead try to cross the Canal,” an Interior Ministry spokesman told the newspaper on Tuesday, without conclusively confirming the information released Monday by Time. “The new plan will welcome all those who come to the country via safe and legal routes, but will in turn prevent the abuse and proliferation of criminal networks.” As it has done to develop the new Immigration Act, the British Executive has been closely watching the example of Australia, which has banned the arrival of asylum seekers across the sea, and directed all who try it to centers set up in other countries, such as Papua New Guinea. .

Patel has begun negotiations with the Danish government, which has approved its own laws to process refugee claims in facilities far from Europe. London is interested in learning how they manage cooperation with third countries, and the possibility of sharing a detention center in Rwanda with Copenhagen. The Danish authorities have been in contact with the African Government to close a possible deal.

The Johnson administration’s plan, which is still in its early legislative stages, has drawn the ire of the opposition Labor Party, the United Nations and major humanitarian organizations. This is not the first time the possibility of handling the irregular arrival of citizens from abroad has been raised. This is not even a matter of worrying dimension, compared to the large number of refugees arriving in other parts of Europe. But the most radical message defended by Britain’s exit from the EU is to reclaim border control (Take Back Control), and Johnson is not immune to the over-perception carried by the tabloid media that the British coast will be in vain.

“Processing asylum applications abroad is a brutal and cruel act of hostility against vulnerable people who cannot be blamed for having to flee war, oppression and terror”, said Enver Solomon, Executive director of the organization Refugee Council. “For generations, men, women and children have sought refuge in the UK and given equal treatment on British soil,” he added.

The Scottish Labor and SNP nationalists have announced that they will fight tooth and nail in the House of Commons for new legislation, as the government begins to process it. “If Priti Patel intends to send asylum seekers to Rwanda, we have to be ahead of him. We will not allow that decision to be made on our behalf. We treat people with dignity and respect, and this solution is inhumane,” said SNP spokesman Ian Blackford.

The new law, which develops provisions included in the new immigration system, will tighten conditions for new arrivals, to prevent future attempts to settle in the UK. “We must put an end to the criminal business model shaped by criminal networks that fuel illegal immigration,” states a project statement presented by the British Home Office in April 2021. To that end, the aim is to expedite the process of resolving such cases. files and evictions, and limiting the rights to which the applicant has direct access. “We will introduce a new temporary protection plan with less benefits, and limit the right to family reunification, for everyone who is unacceptable. [según las nuevas normas] but they cannot be returned to their country of origin (as it would violate international law) or to another safe country”, the text announced.

Johnson’s government wants to prioritize the return of newcomers to EU countries they have previously passed on their way, but has so far failed in its efforts to seal a bilateral agreement with Brussels to achieve that goal. Especially with France, the country where most of the people trying to cross the waters of the English Channel come from.

The Johnson government has never abandoned the idea, as a last resort, to set up detention centers outside British territory. It is simply looking for the most appropriate political moment, as well as the right partners and territory, to sell the idea to public opinion. In early 2021 he circulated a proposal for Gibraltar to be the new base for processing asylum applications, but an angry reaction from the colony’s government caused the solution to be rejected immediately by Downing Street. Johnson’s patience with his ministers seems to be reaching its limits. same Time reported just a month ago how the prime minister expressed his disgust at Patel: “What is the Home Office doing? When do you intend? [la ministra] solve this problem?”, he complained to the other members of his government.