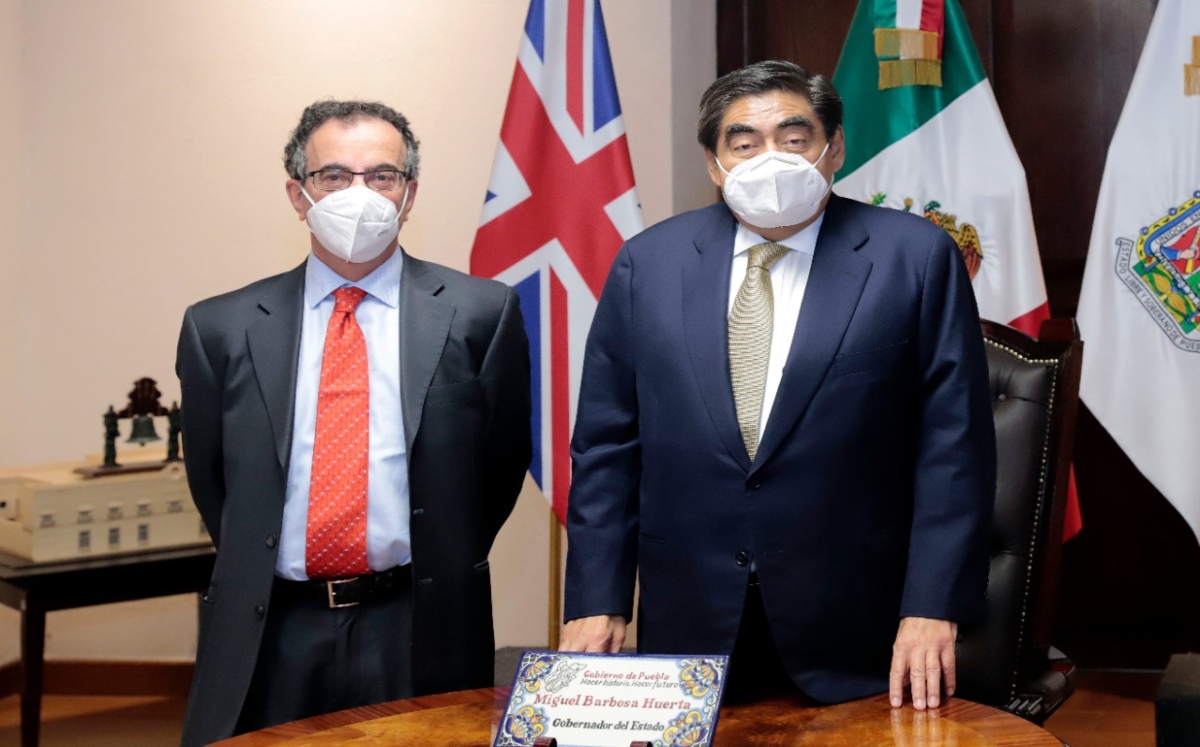 At Casa Aguayo, governor of Puebla, Miguel Barbosa, highlighting that state governments, as well as all countries in the world, deal with issues related to the environment and human rights.

Accompanied by the secretary Economics and Environment, and Sustainable Development and Regional Planning, Olivia Salomón and Beatriz Manrique Guevara, The governor stated that Mexico and Puebla are countries and states where both issues can be discussed, with opinions from other countries.

“We feel deeply committed to all causes that today involve the entire world community,” he said.

For his part, the ambassador British Empire in Mexico, Jon Benjamin, recognizes the state of Puebla’s leadership on environmental issues, after showing that the state supports the entity in updating its climate change laws.

On the other hand, he highlighted the UK’s interest in enhancing commercial relations with Puebla entities, particularly in the areas of education, engineering and advanced technology.

Meanwhile, the Secretary for the Economy, Olivia Solomon, Note that The presence of 21 British companies in Puebla marks the confidence of foreign investment, in sectors such as automotive, textiles, information technology, food and beverage, tourism, chemicals, services and sustainable energy., coupled with a training cooperation agreement with The British Council for the development of creative industries and the automotive sector.

He said that the government he led Miguel Barbosa work with all agents of society, on an agenda that enables close collaboration to strengthen bilateral relations that enable development, but above all, development of a sustainable future.

Meanwhile, the Secretary for Environment, Sustainable Development and Regional Planning, Beatriz Manrique Guevara, stated that in collaboration with United Nations Development Program (UNDP), Disaster resilience and awareness programs in the face of climate change were launched in 22 entity municipalities, because over the past 35 years the temperature increased by 1.3 degrees Celsius.

He stressed that in Puebla, the environment is a priority, so the alliance with UNDP seeks to contribute to the resilience process and firmly encourage the thriving textile, automotive and agricultural industries in the fifth most populous state.