UK: When will Boris Johnson’s successor be announced? 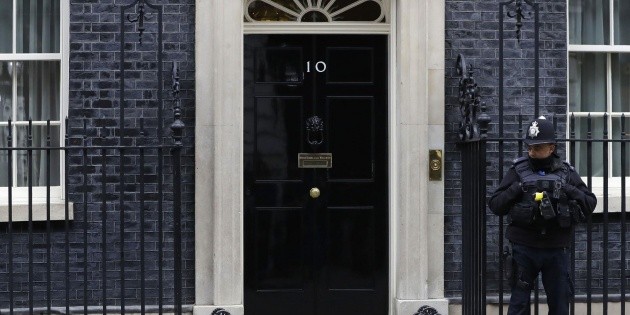 Future British Prime Minister and Conservative Party Leader will be announced on 5 September by the British political party, in the first session of parliament after the summer recess, after holding several internal election to choose Boris Johnson’s successorwho announced his resignation on July 7 but remains head of government.

In order to speed up the primaries to remove him from power, the so-called The 1922 Committee, which brought together conservative parliamentary groups, has today approved new election rules, after updating its own executive.

The committee, chaired by Graham Brady, has decided that candidate to replace Johnson will need the support of at least 20 deputies “tories”, out of 8 needed so far, to reduce the number of applicants.

Conservative executives also decided that they would be eliminated in first round of voting, next July 13candidates who do not get at least 30 votes out of the 358 conservative deputies in the House of Commons.

The 1922 Committee plans to hold two knockout rounds this week and will hold more next week if necessary. The goal is to have two finalists before the summer parliamentary recesswhich begins July 21, Brady said.

The two candidates with the most votess by the deputies will then be subject to a election by mail among those affiliated with the ruling party -a number of 200,000, according to 2021 data-, after the election campaign in Augustindicates the heads of MPs “tories”.

This means that only 0.30% of the UK’s 67.2 million population will elect a future prime minister, unless in the coming months the winner calls an early general election, as Labor has already requested. Currently, they are planned for 2024.

JOHNSON STAYS ON THE EDGE

Once the conservative leader is revealed on September 5, the process for his appointment as prime minister can be arranged within 24 hours and requires going to Buckingham Palace to be invested by Britain’s Queen Elizabeth II.

The timeframe for filing nominations for the Conservative Party primary election, with mandatory nominations, begins and ends tomorrow, to be determined by the president of the 1922 Committee.

At least eleven candidates have applied to replace Johnson, including the Minister of Economy during the pandemic, Rishi Sunak, and the still serving Minister of Foreign Affairs, Liz Truss.

In the midst of leadership competition that will focus on the next fiscal policy, Johnson made it clear today that he will not publicly endorse any of the candidates, to “not jeopardize” your chances of being selected.

The 58-year-old politician made this statement in action in London, when he also said he was “determined” to fulfill the mandate entrusted to him in the 2019 general election, which he won by an absolute majority, in his final weeks as head of government.

However, Leader of the Labor OppositionKeir Starmer, has threatened to file a vote of no confidence in the House of Commons to force his immediate departure, while ask new leader to hold general election.

Get the latest news in your email

Everything you need to know to start your day