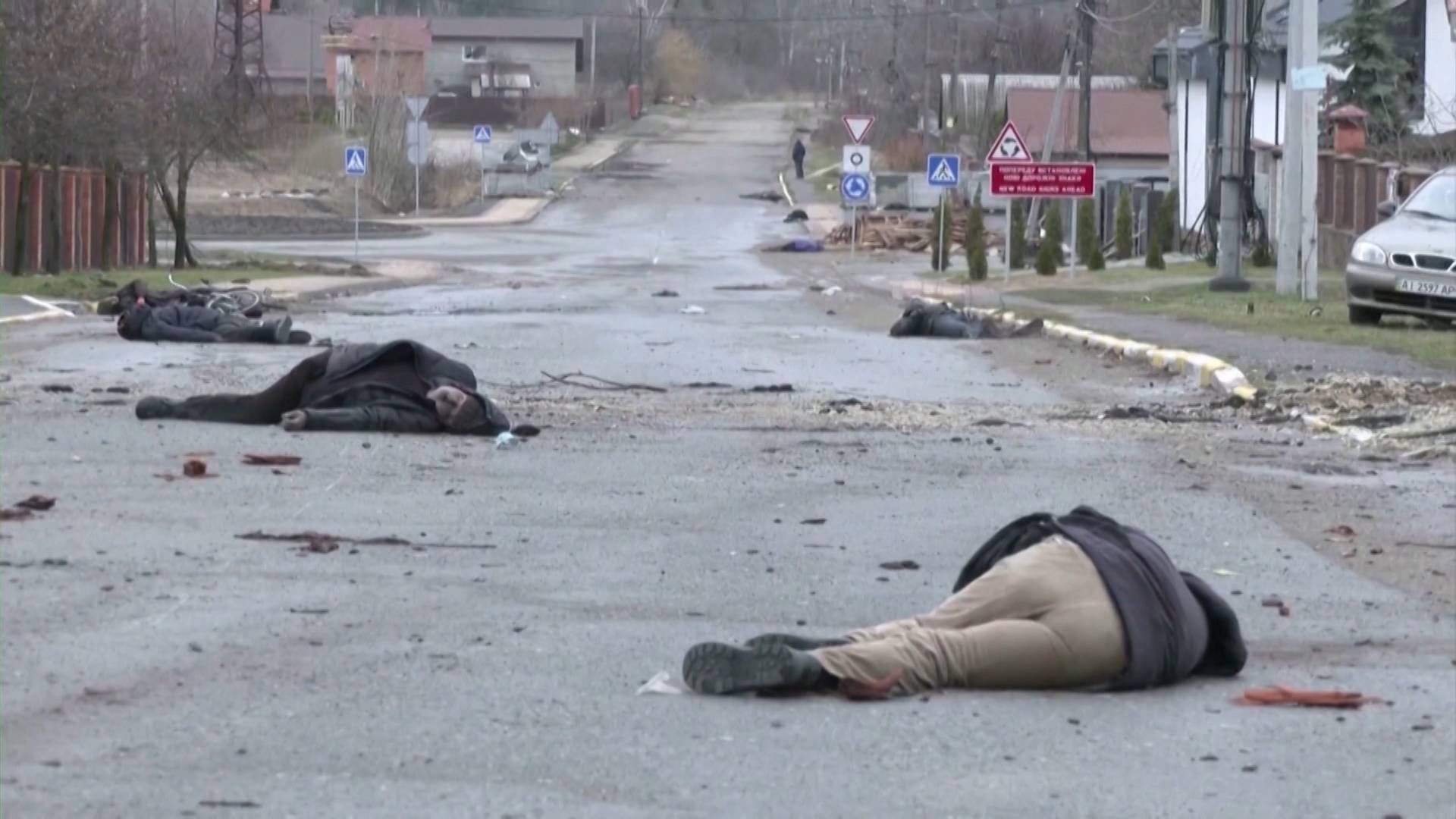 Ukraine accuses Russia of war crimes for killing civilians. Over the weekend, Ukraine regained full control of the kyiv region after the Russian military withdrew from the region, leaving a wave of destruction in its wake. We warn our audience that the following news contains descriptions that may be disturbing. In the town of Bucha, dozens of bodies were found in the streets, some with their hands and feet bound. Ukrainian authorities say they also believe hundreds more are buried in mass graves. These were the words expressed by Anatoly Fedoruk, the mayor of Bucha.

Alcalde Anatoly Fedoruk: “The bodies of those who were executed are still lying on Yabluska street in Bucha. Their hands were tied behind their backs with white civilian cloths. They were shot in the back, in the neck. So you can imagine the kind of anarchy going on here.”

On Sunday, United Nations Secretary-General António Guterres said he was “deeply shocked” by Bucha’s footage and called for an independent investigation. Ukraine asked the International Criminal Court to visit Bucha to gather possible evidence of war crimes. Ukrainian President Volodymyr Zelensky also called on Western leaders to impose tougher sanctions on Russia in response to what happened in Bucha. Russia denies killing civilians and claims that Bucha’s pictures and photos are a “staging” orchestrated by Ukrainian authorities. Meanwhile, on Sunday, Russia launched sea and air missiles at an oil refinery and three fuel depots in the southern Ukrainian port city of Odessa. In another development, the United Nations stated that Russia’s invasion, which reached its 40th day on Monday, has displaced more than 10.5 million people in Ukraine, and forced more than 4.1 million people to flee the country. On Sunday, Pope Francis announced that he was willing to travel to Ukraine if his visit could help bring about peace.