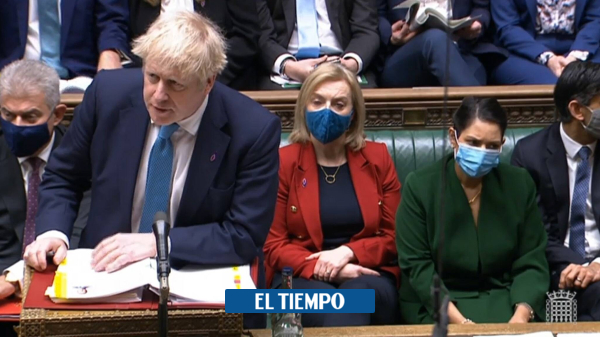 Britain on Friday advised its citizens to leave Ukraine immediately as a security measure, in the midst of a crisis between Russia and Western countries. “The safety of British citizens is our highest priority, which is why we are updating our travel advice,” a Foreign Office spokesperson said.

“We urge Britons in Ukraine to immediately leave by commercial means for as long as they are available,” he added.

Separately, British Prime Minister Boris Johnson said Friday in a remote meeting with his allies about the situation in Ukraine that he was “concerned for European security.”

Johnson joined in a phone call with US President Joe Biden and other world leaders, telling them “he is concerned about the safety of Europe in the current situation.”

(You can read: Why did the US say that Russia would invade Ukraine during the Olympics?)

government of The United States on Friday urged its citizens to leave Ukraine “within the next 24 to 48 hours.” Foreign Minister Antony Blinken said on Friday that Russia was continuing to deploy more troops to the border and that an invasion could occur “at any time.”

In a similar vein, Norway, a day after the US decision, asked Norwegians on Friday to leave Ukraine immediately “because of the serious and unforeseen situation” in the country.

(Continue reading: Western leaders talk by phone about the crisis in Ukraine)