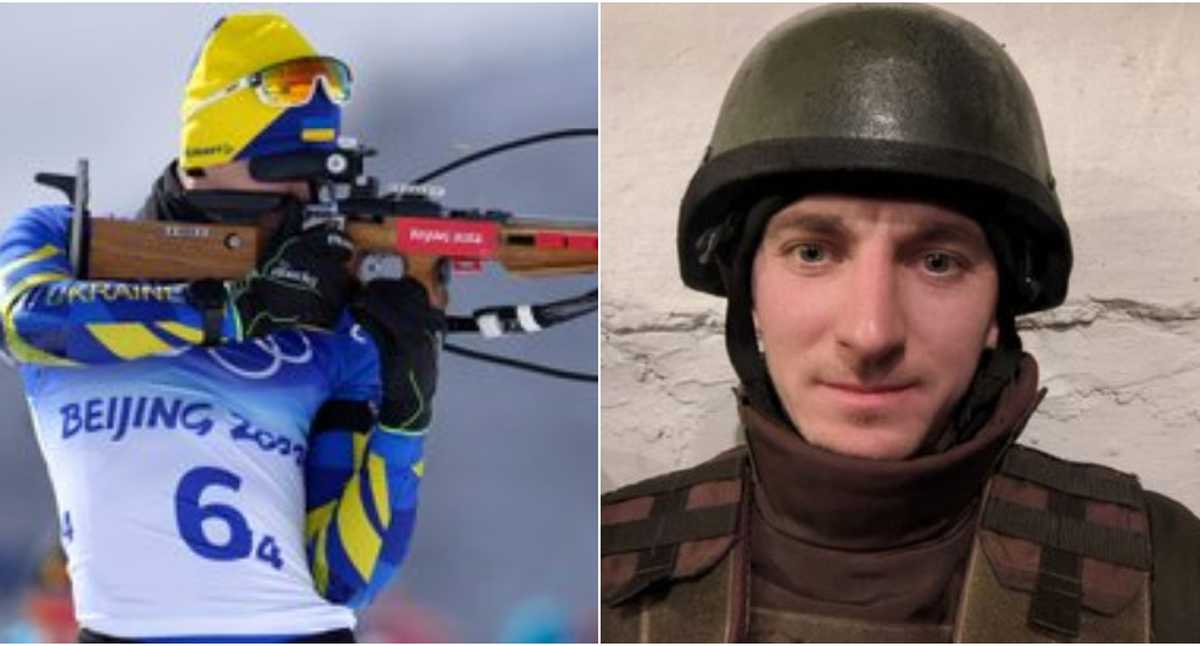 Dmytro Pidruchnyi two weeks ago represented Ukraine in biathlon at the Beijing Winter Olympics. Now he is just another soldier in the army fighting the Russian attack on Ternopil. National pride. #Noalaguerra pic.twitter.com/bmXWLWytI5

After returning from the 2022 Winter Olympics in Beijing, Dmytro Pidruchnyi enlisted in the Ukrainian National Guard to fight after the Russian invasion of his country. The 30-year-old is a former European biathlon champion and has participated in two Olympics.

Friends, share with your English-speaking acquaintances. The whole world – by all means possible – must focus its efforts on ending this war! pic.twitter.com/mt5Jmmu6hr

One of the most famous athletes from Ukraine, Vitali Klitschko held the world heavyweight championship belt in the first decade of the 2000s at the WBO and WBC, and has also successfully defended the title twelve times. He has been mayor of Kiev since 2014. At the age of 50, he told AFP he was “ready to take up arms” to defend his homeland.

Vitali’s brother, Wladimir Klitschko, won the 1996 Olympic boxing gold medal before winning the boxing title. OIB, WBA, IBF and WBO in the heavyweight division. He retired in 2016, but the 45-year-old has joined the Ukrainian Army Reserve to support the war effort against the Russian invasion, just like his older brother.

Former touring player Sergej Stachowski is most famous for beating Roger Federer in the second round of Wimbledon in 2013, when he was ranked 116th. Now 36, he has returned to Ukraine to join the battle after Russia invaded the country in late February.

Usyk is the current unified heavyweight world champion of WBA, IBF, WBO and OIB. The 35-year-old 2012 Olympic gold medalist has enlisted in the Ukrainian Army to protect his country. “I don’t want to shoot, I don’t want to kill, but I have no choice,” Usyk was quoted as saying by the AFP news agency.

Former Arsenal defender By Luzhnyi has put his coaching career on hold for his country following Russia’s invasion of Ukraine pic.twitter.com/KxY7eMDhbs

Former right-back By Luzhnyi won the Premier League and FA Cup with Arsenal in early 2000. The 53-year-old has joined the war for his homeland. “The situation is dire,” he told Sky Sports. “I want to come to England to train, but first I will stand firm and fight for my people, for my country and for democracy.”

Lomachenko, one of the best boxers from Ukraine, won two Olympic gold medals in feather and light division before conquering the world title in three divisions. He won his last fight in December against Richard Commey. The 34-year-old fighter enlisted in the Ukrainian army to fight against Russia in his hometown of Bilhorod-Dnistrovskyi.

In September Yuriy Vernydub celebrated his biggest win as a manager when his team Sheriff Tiraspol beat Real Madrid at the Santiago Bernabeu. Two weeks ago he joined the Ukrainian army and is now fighting for his life and his home country.

Vernydub is the coach of Sheriff Tiraspol, the Moldovan team that beat Real Madrid 2-1 at the Santiago Bernabéu in the Champions League in September 2021. The 56-year-old former defensive midfielder has joined the Ukrainian squad in the war against Russia. He played in the Russian first division with Zenit Saint Petersburg from 1997 to 2000.

Bellator Welterweight World Champion Yaroslav Amosov has revealed that he is returning to Ukraine to defend his country. “A lot of people might think I’m running away, I’m hiding or something, but it’s not like that. I took my family to the safe zone. Now I’m back (in Ukraine) and I will survive pic.twitter.com/Wcn7r11A5B

A mixed martial artist, Amosov is the reigning MMA Bellator Welterweight Champion. The 28-year-old has agreed to play for Ukraine, thus giving up his chance to defend his title next May against Michael Page.

As this is news of global interest, all content about the conflict between Russia and Ukraine will be freely accessible to our readers on all SEMANA digital platforms.