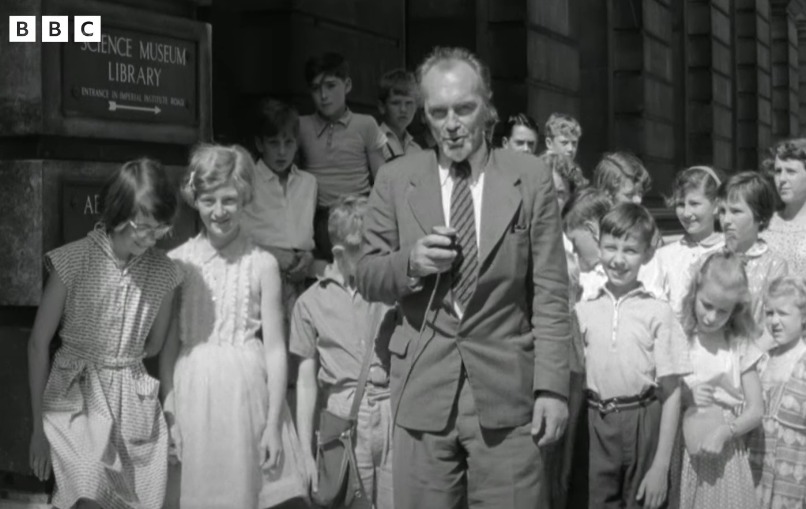 In 1959, exciting future technologies included tape recorders and doors that automatically opened, at least according to archival footage shared this week by bbc.

“Gallery after gallery of gadgets and machines that are priceless because so many are original and only here,” Boltz tells viewers in a truncated British accent.

The science correspondent then asked Mr Wilson, described as a “responsible person”, which device the children enjoyed visiting the most.

Wilson quickly pointed to a nearby tape recorder, a large, clunky device with a microphone bigger than the faces of some of the children talking inside.

BBC footage shows a boy approaching state-of-the-art recording equipment and shouting: “Hello my dear”. Then wait. And wait a little longer. Finally, the machine speakers returned a recording of what he had just said and…the emergency room…There he was.

Next we see a long line of children waiting patiently to use the automatic door, something that today we might call an “automatic door”, or simply a “door”.

To be clear, the special doors of the Science Museum do not act as entrances to other exhibition spaces or even exits to the streets of London. Unfortunately, it’s also not a portal to the 21st century where visitors can stare in bewilderment at everything from circular smartphones and air-purifying headphones to heart rate-monitoring bulbs and the Amagami Ham Ham biting robot. Instead, the self-opening door only served as a demonstration of what was then a new and exciting technology.

The BBC video also featured other Science Museum attractions at the time, including ship propulsion technology, the 1905 Rolls-Royce, the first jet-powered car, and an atomic physics exhibit.

The footage ends with Boltz looking at a crude model of a camel working on a waterwheel, a sight that might make you wish you could see a video telling science correspondents that the technology is sure to get even more impressive in the decades to come.