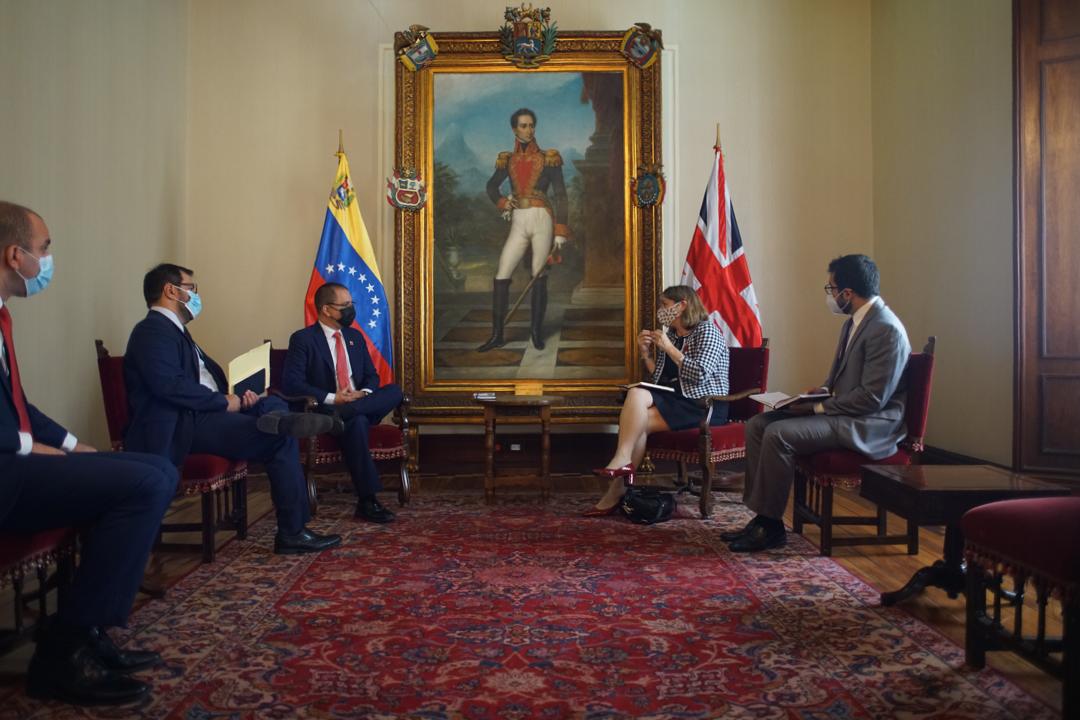 “Foreign Minister Jorge Arreaza received the Charge d’Affaires of the United Kingdom of Great Britain and Northern Ireland of the United Kingdom Flag, Rebecca Buckingham, in order to strengthen bilateral relations within the framework of respect for sovereignty and international law,” he wrote. Foreign Minister Jorge Arreaza on his Twitter account.

On 5 August, representatives of the British Government met with the Vice-Chancellor of Europe in Venezuela, Yván Gil, who expressed the intention of his country’s authorities to maintain diplomatic relations with the United Kingdom.

Since 2019, Britain has recognized former deputy Juan Guaido as Venezuela’s interim president, which has strained relations between the two countries.

President Nicolás Maduro accused the British government of trying to take his gold reserves (31 ingots) held in the Bank of England, arguing that they were unaware of his management as head of state, which has led to legal litigation.

Buckingham’s arrival in Venezuela comes amid a process of talks between the opposition represented by Guaido and the Government, to bring about a negotiation process, which is expected to begin this Friday in Mexico, although so far this has not been confirmed. . . (Sputnik)