Virgin, Richard Branson’s airline, lands in the region hand in hand with Latam 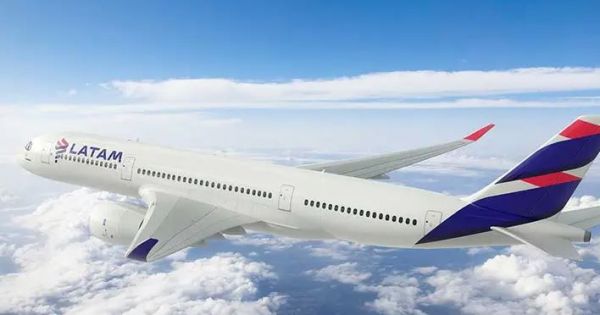 Latam Airlines continues to forge alliances with other airlines, as he moves forward with his plans to exit Chapter 11 of the United States Bankruptcy Act.

The company will have a code-share agreement to operate in Brazil with Virgin Atlantic Airways, company owned 51% by Virgin Group – from the British tycoon Richard Branson– and 49% for Americans Delta Airlines. The agreement can be extended to other countries in the region.

Through this way, Virgin Atlantic passengers will be able to travel directly from London’s Heathrow airport to São Paulo and fly to 12 domestic destinations in Brazil, including Florianpolis, Rio de Janeiro and Salvador de Baha.

Flybondi starts flying to Ushuaia and receives its fifth plane

Meanwhile, passengers traveling from São Paulo will also have the option of flying to other destinations around the world connected by Virgin Atlantic, including Tel Aviv (Israel), Delhi (India), and Hong Kong (China).

“As we recover from the pandemic, partnership is more important than ever. We look forward to building on the successful interlinear relationships we have had for several years,” said Juha Jarvinen, commercial director of Virgin Atlantic, in a statement released by the company.

“Too, we see opportunities ms all from brazil and we look forward to expanding our relationship even further to serve purposes throughout South America., including Peru and Colombia”, continued the regional executive based in London (United Kingdom) and this year will operate a fleet of 37 twin-engine aircraft.

In its statement, the company detailed that This association responds to requests passengers who “want to enjoy new experiences after 20 challenging months of the pandemic.” “There is a controlled demand for long-distance travel. We look forward to welcoming customers on their journey to explore Brazil’s vibrant cities.concluded Jarvin.

In Argentina, Latam is increasing its international operations from Buenos Aires, Córdoba and Mendoza. During January and February, on the Buenos Aires-Santiago de Chile (Chile) route, operating 14 weekly flights from Ezeiza International Airport, which will be extended to 15 from March. From Jorge Newbery Airport, there will be five weekly flights throughout the quarter.