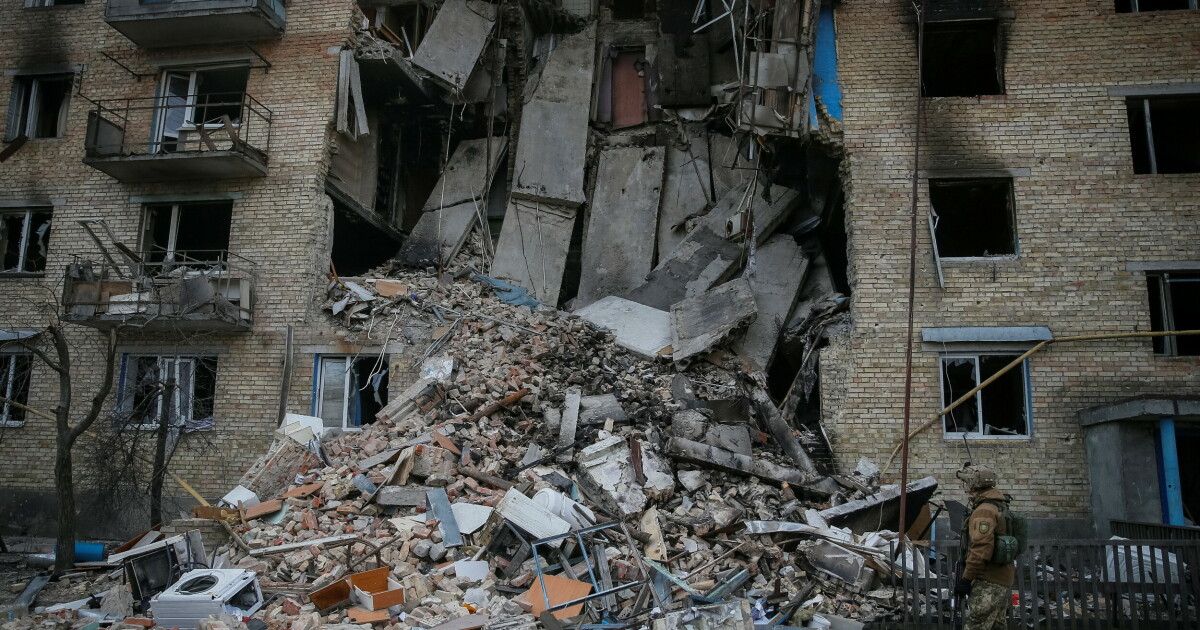 On Tuesday, delegations from Ukraine and Russia met in Istanbul for a new round of peace talks, and the Ukrainian proposal will now be considered by Russia.

Shortly after the talks ended, Russia claimed that it would halt its attacks on Kyiv and the city of Chernihiv north of the capital, based on a desire to improve the negotiating climate.

– If we believe? Of course not, wrote Mayor Viacheslav Chaus in the Chernihiv region on Wednesday morning.

– The “downsizing” was demonstrated in the Chernihiv region by the enemy carrying out attacks on Nizhyn, including air strikes, and attacking Chernihiv throughout the night, he continued.

Attacks were also reported around Kyiv on Wednesday night, Reuters wrote. However, the capital has not been directly affected by the attack, according to Deputy Mayor Mykola Povoroznyk.

However, according to the adviser, Russia’s plan is to hold some troops around the capital to prevent the Ukrainian military from moving from Kyiv, Arestovich claims.

The General Staff of the Ukrainian military also doubts that Russia is actually leaving Kyiv. They believed the withdrawal was a move to “mislead” the military leadership in Ukraine, wrote Security.

Ukraine’s Defense Ministry believes that Russia is now changing troops in the area to create the impression that it is not planning to encircle Kyiv, the Defense Ministry wrote in a report published late Tuesday, according to the newspaper.

More than a month after Russia invaded Ukraine, they failed to take control of the capital.

“Russia’s remarks about a slowdown in activity around Kyiv, and reports suggesting the withdrawal of some Russian units from this area, may be a sign that Russia has realized that it has now lost ground in the region,” British intelligence wrote in a report on Tuesday, according to NTB.

– It is very likely that Russia will try to redirect troops from the north, to the Russian offensive in the Donetsk and Luhansk regions in the east, he continued.

Extensive offensive in the east

On the morning of Wednesday, the governor of Luhansk, Serhiy Gaidai, wrote that Russian troops fired heavy artillery into residential areas in the city of Lysychansk. According to Gaidai, there was a major devastation, and rescue work was underway.

Also in Mariupol, street fighting will go smoothly, and half the city will be under the control of Russian troops, adviser Zelenskyj Arestovich said.

In Donetsk, Governor Pavlo Kyrylenko said that almost all cities on the front line separating the territory over which Ukrainian authorities have control from Russian-occupied ones are under attack.

British intelligence believes Russia’s attacks on the eastern regions of Luhansk and Donetsk are a “tacit acknowledgment” that they are struggling to make progress elsewhere in Ukraine.

Western diplomats and leaders have also expressed skepticism about the withdrawal of Russian troops, and participation in peace negotiations, and believe this may be a tactical ploy.

According to CNN, a US official said that “no one should be fooled” by Russia’s claims – and that one should step up more Russian aggression.

US President Joe Biden also looked unconvinced during a press conference at the White House on Tuesday, according to CNN.

It remains to be seen whether Russia will follow through on its pledge to scale back its military operations. “I didn’t read anything in it until I saw the action,” Biden told the press.

US Secretary of State Anthony Blinken also stated that he has seen no indication that talks are progressing constructively, and that statements from Russia and Moscow could be an attempt to deceive people and distract.

– I will be very careful to see the value of what comes out of Putin’s war machine. Ultimately, it will have to be tested on their actions, and they should withdraw from Ukraine, not just move, Raab told Times Radio on Wednesday, according to Reuters.