War in Ukraine: – Call for help: 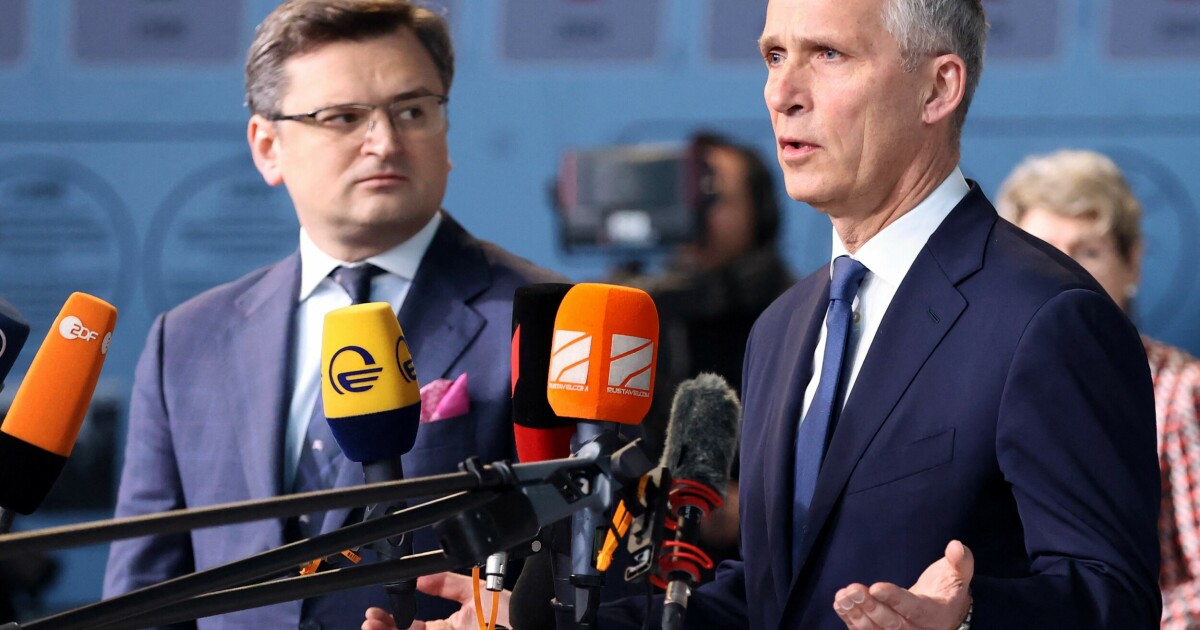 – My agenda is very simple. It has only three points: guns, guns and guns, Ukrainian Foreign Minister Dmytro Kuleba said ahead of a NATO summit on Thursday.

Ukraine has repeatedly asked the West for more powerful weapons, including air force systems and weapons against tanks.

“If you give us everything we need, we will fight for our security and your security, so that Putin does not have a chance to test Article 5,” Kuleba said after the meeting with NATO.

The wish was heard.

Shortly after, NATO countries agreed to continue their support for the war-torn nation, which also meant shipments of new weapons – even heavier weapons.

– It was a clear message from today’s meeting that the Allies had to do more and were ready to do more. That they provided more equipment and realized the importance of it happened quickly, said Secretary General Jens Stoltenberg.

When asked which weapons to send, Stoltenberg answered vaguely, but said that would involve a number of different systems.

“I understand that you’re asking specific questions about certain weapons, but it’s important to understand that the Allies believed it was best not to go into details about weapons deliveries,” Stoltenberg replied.

Throwback in the atmosphere

The cries for help became more intense after Russian troops withdrew from the area around Kyiv, and the atrocities that took place there were exposed. Among other things, the situation on the outskirts of Butsja, where several hundred people were found dead – some of them on the street with their hands tied behind their backs, and in a large mass grave.

– What we are seeing now is clearly further damage to the atmosphere. The gruesome images created a political backlash. Many were upset and asked us to help more. Of course we should, but that way means we don’t risk a major war and jeopardize our own country’s territory, former top diplomat Kai Eide told Dagbladet.

Eide, among others, was NATO’s ambassador to Norway and the UN’s special envoy to Afghanistan.

– This is a known and predictable scenario that unfolds. We have evidence of severe abuse, politicians react and want to do more. And I understand that. But it requires clear thinking of consequences to avoid a spiral of escalation, he believes.

We warn against strong impressions in the video below

– Is it possible for the West to help further without crossing the border, or are we already balanced on the cutting edge?

– I’m not in a position where I have an idea of ​​everything that’s going on, but I have to have faith that the politicians think about it. Unfortunately, the problem is Putin’s uncertainty.

Eide points out that no one knows how far the Russian president is willing to go, and that he has suffered several defeats.

That said, it presents us with an acrimonious dilemma. When the Ukrainian authorities asked for weapons, it was clear that they understood. It’s a terrible situation. But we must keep borders in mind, because there is a real danger of escalation.

The former top diplomat pointed out that wars that violate international law and brutal killings of civilians have also been seen in other wars in recent decades.

– I wish it happened again. Images from war-torn areas, such as Butsja, irk us all and lead to new discussions about how we should react. Of course, this is outrageous, but the tragic nature of war. We should expect to experience scenes of such cruelty, as we experienced in Bosnia, Afghanistan and Rwanda.

– I’m just as shocked as anyone else about the pictures we see today, and I’m shocked at the fake stories. But that should not change the basic view; namely that we must avoid an escalation that would allow this war to develop into something entirely different and more comprehensive, Eide warned.

He believes the West must now think carefully about the consequences of the West’s reaction.

– We must not exceed the limit which can make this a very big war. The differences between this conflict and other conflicts in the last few decades can actually develop into a much more comprehensive conflict.

In recent weeks, several Western leaders have taken a hard line against Putin’s actions, and among others Joe Biden of the United States has used words such as “war criminal” to refer to the Russian president.

“I’m afraid when you look at what happened in Butsja, the revelations we’re seeing about what Putin has done in Ukraine, it doesn’t seem far from genocide,” Britain’s Boris Johnson said Wednesday.

Researcher Ståle Ulriksen at the FHS Naval War College, believes it would be dramatic if Western leaders promoted these allegations.

– Accusing Russia and Vladimir Putin of genocide is more binding than accusing them of war crimes. According to the Genocide Convention, a person has an obligation to prevent and punish genocide. It would be a dramatic development if Western leaders decided to accuse Russia of genocide in Ukraine, Ulriksen told Dagbladet.

He has previously stated to Dagbladet that he believes NATO is wrong to be so clear about what they want to do, and how they will respond to Russia’s actions, because he believes it gives Putin an opportunity to do what he wants.

– Have you noted developments in NATO regarding whether they should be militarily involved in Ukraine?

– In many NATO countries, there are voices calling for NATO to get involved militarily in Ukraine. There are developments regarding what sanctions they want to impose on Russia and what weapons they want to give Ukraine, he said.

The general and former chief of defence, Sverre Disen, said the question of whether NATO should engage militarily in Ukraine is first and foremost a political judgment, where the benefits must be weighed against the risks.

– It is clear that it will be useful for Ukraine with more assistance from NATO, which must be weighed against the risk that more NATO countries will be drawn into the war, he told Dagbladet.