Warning after shock damage: – Be careful 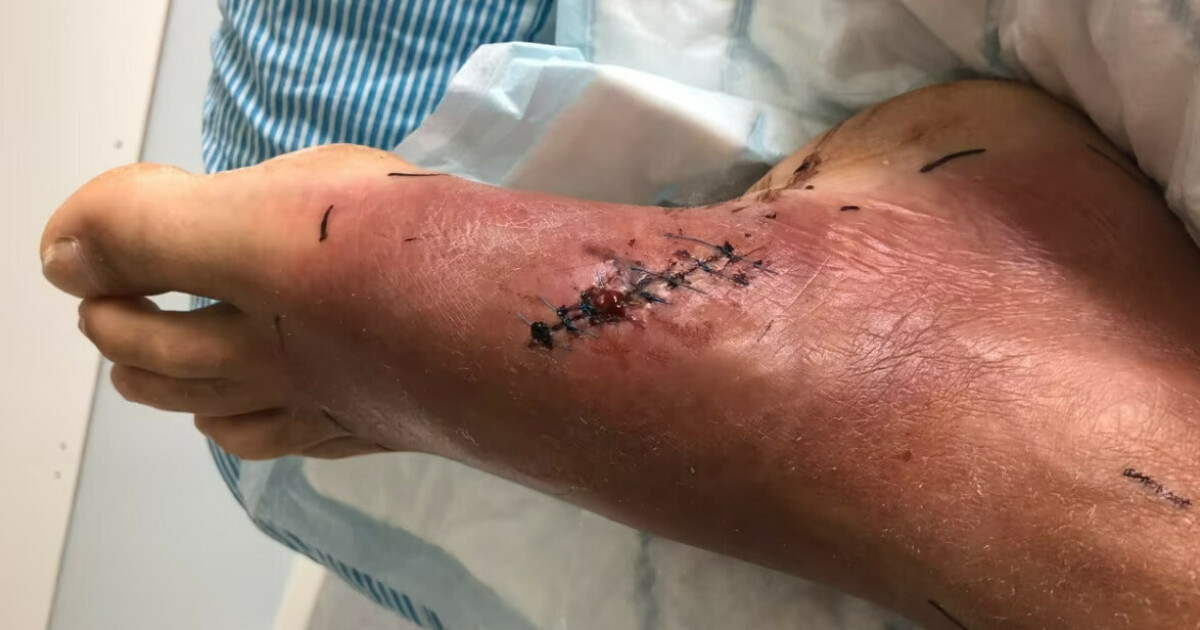 Last August, Andreas Rosenqvist, 48, and his wife were on vacation with some friends in the municipality of Orust on Sweden’s west coast.

On the last day of her vacation, she went for a refreshing morning shower. As he was about to return from the water, his feet found something sitting on the steps.

– I didn’t feel anything at first, but then I saw that I had a big wound on my leg. I immediately realized I had to go to the hospital, Rosenqvist told Dagbladet.

– Getting worse and worse

The man had injured himself on the Pacific oyster. Its shell was so sharp that it felt nothing to the touch, even though it had received a large seven-centimeter cut.

But it didn’t stop there for Sweden’s Rosenqvist.

– In the end, the nurse sewed it up, and I was allowed to go home. Then at night I felt very sick, and it got worse.

The next morning, Rosenqvist realized he needed help.

– Early in the morning I called my wife and said that I needed help. When I was about to wake up, I had a very high fever. I fainted and fell to the ground. It was quite dramatic, he said.

At the hospital, the doctors took a sample of the wound, and found that the 48-year-old man had an infection caused by a very special bacterium.

– Turns out I got the vibrio bacteria in the wound from the hot water, said Rosenqvist.

The vibrio bacterial species can cause illness in people who bathe during summer in much of the world, including in coastal areas of Norway, according to FHI.

Subsequently, the Swede was hospitalized for a week and a half with intensive antibiotic treatment. However, because the bacteria was resistant to antibiotics, he became unwell, and was treated again.

– I got even worse and had to go back to the hospital. They then opened and operated on the leg, before I had to spend another week and a half in the hospital.

The 48-year-old will have to undergo several follow-up checks throughout the fall, in addition to rehabilitation and leg training.

Now he warns other swimmers who will enjoy their vacation along the coast.

– Be careful and watch what you step on when you put your feet down. This is especially scary for small children. There are bacteria that at least I didn’t know about before.