Animals at war – Pets on the run 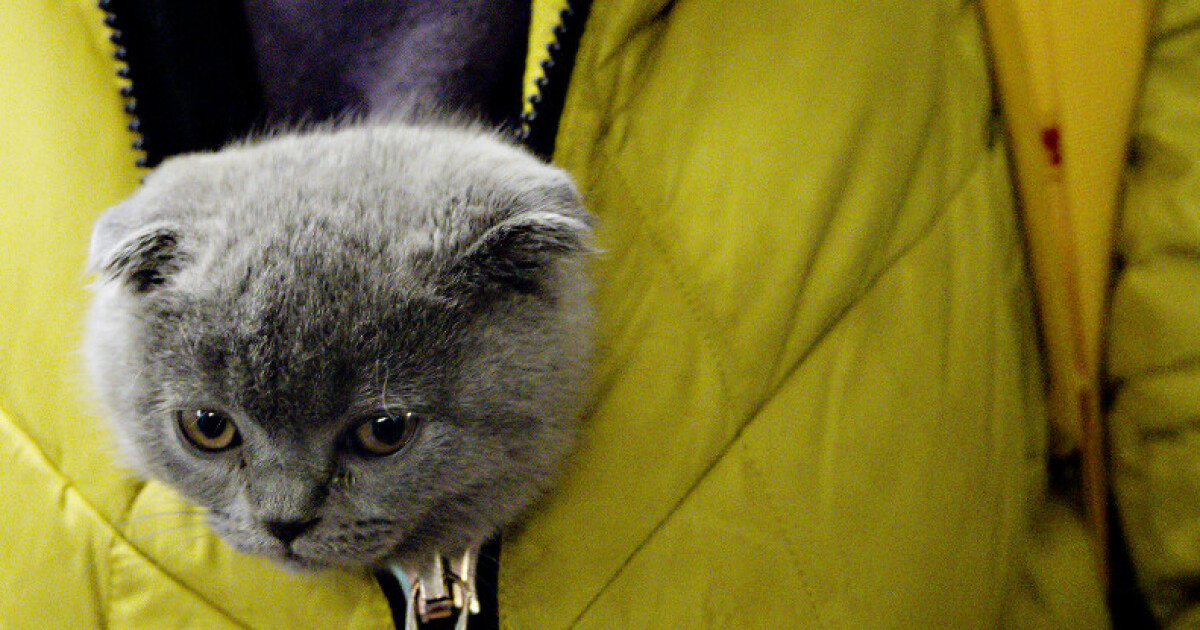 Internal comments: This is a comment. Comments express the attitude of the author.

More than three million Ukrainians have fled war in their home country in recent weeks. They had little luggage, but pictures from reception centers along the border showed that very many were bringing some of their girlfriends, family dogs, cats or other pets. Children playing with their dogs, cats sticking their heads out of bags and jackets, have become human faces in an inhuman war.

Conservative estimates say there could be hundreds of thousands of animals fleeing with their humans, according to the International Fund for Animal Welfare (IFAW). They need food, health care and protection on the roads and where they end up. They understand.

Consideration for family animals may seem like a minor concern in the midst of a humanitarian catastrophe, but it’s another illustration of where the shock of the Russian attack is being experienced in a peaceful country. Many Ukrainians categorically refuse to leave their homes without a family animal and with no guarantees that the four-legged animal will be released across borders and into Europe. They did so, following recommendations from the European Commission to relax restrictions. But it remains unclear to what extent international law on war and refugees provides expensive claims of protection.

Animal welfare organizations have Long ago, work began to save injured and abandoned animals from the ravages of war, including on farms and in zoos. Animal feed, equipment and medicines are also transported to the reception centre; veterinarians are on site, at least to vaccinate animals prior to quarantine. But professional organizations and animal rights volunteer groups are far from alone in getting involved in what may be the largest family animal movement ever. The issue of the status of animals in war and on the run was recently discussed in the European Union, with the High Commissioner for Refugees and in individual countries now accepting tens of thousands of refugees. The UK was one of the first to welcome Ukrainian pets, and a few days ago the Norwegian Food Safety Authority made several exceptions to the rule for members of the Ukrainian four-legged family.

In war, of course consideration of human life comes first, as the laws and rules of war say. Let there be no doubt. International lawyers are already working to hold Vladimir Putin accountable for crimes against humanity or breaches of the peace. This is definitely not the animal protection in the picture. But there has been growing awareness of the enormous damage that wars do to nature and natural resources, including animals and especially endangered animals. Animals can also be covered by Article 53 of the Geneva Conventions, which regulates property damage. The latter might not mean much to a despot who bombed the maternity ward and theater, but it did matter to the animal’s “refugee status.” Animals have now become part of the discussion about refugees and about war injuries and limitations with reference to legislation.

Human view of animals Self-esteem has changed radically since the wars of the last century. They have become spoiled members of the family and politically deserve to be protected. Few things irritate people like animal cruelty. But it could go too far, as happened during his flight from Afghanistan in August last year, when Boris Johnson asked animal welfare organizations to evacuate several hundred dogs from Kabul, right in front of Afghans who had worked for Britain. They stood behind barbed wire and watched a plane with stray dogs take off, and their anger did not lessen when it was discovered that the leader of the animal welfare organization was a friend of Johnson’s wife. Afghans say they feel less valuable than a dog. This is a brutal picture, which feeds into the ongoing discussion about whether we treat Ukrainians better than refugees from other countries. Do we even treat their dogs better?

A lifetime of humiliation is the inherent folly of war. Perhaps that is why the care of the Ukrainians for their family animals has become a symbol of resistance. The Norwegian Refugee Council believes that pets provide a sense of normality in abnormal situations and thus can have an important therapeutic function for people on the run, especially for children. Unfortunately, the world needs more pets.