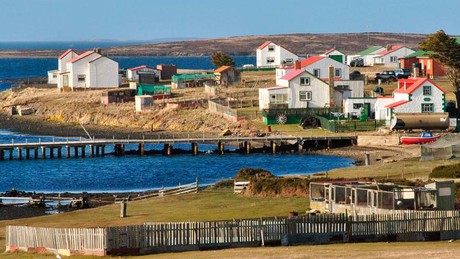 The initiative in question was launched by John Penrose, a member of the ruling party in the British Parliament. It aims to give him representation in parliament

New controversy over sovereignty Malvinas It was released in the final hours, when a ruling British Member of Parliament proposed to incorporate the islands as a country to Britain with parliamentary representation.

This initiative was launched by John Penrose, a member of the ruling party in the British Parliament, with an excellent record, has served in a variety of key positions, according to mercopress.com.

Penrose, five times re-elected and secretary of the Policy Forum Conservative party think that The Falkland Islands Overseas Territory, with a population of 3,400, can be filed under a “return” agreement, similar to those that govern Wales, which allows them to have elected representatives in the British Parliament.

In an article published in conservative newspaper The Telegraph, British legislators also applauded the request of Stanley, the capital of the Falkland Islands to apply for city status, by taking advantage of the opportunity opened in 2022 on the occasion of the seventy year reign of Elizabeth II.

Archipelago “is no coincidence the weak and shameful part of postcolonial twilight, to be remembered with a little pain every time there’s a storm,” he argues, saying that empowering it as a nation can help” fan the post-imperial twilight into a roaring flame of modernity.

John Penrose, the ruling member of the British Parliament, wants the Malvinas to join England as a nation

Leveling up, it should and should cover the Archipelago, just like the other parts of great Britain outside London and the South East. We have always been a global nation and there is no reason to stop now,” explains Penrose in his article.

So “why limit city status to Stanley? Why not offer Overseas Territory the chance to become a whole nation in England, if they so wished, like Scotland, Wales and Northern Ireland? Each Territory may enter into a repayment agreement as Wales has with the St David’s Day Treaty, or Scotland with the Smith Commission, with the returning government and elected representatives at Westminster as well.”

So “don’t stop at the status of the city: we can and must go far, far beyond it, turning the post-imperial twilight fan into the roaring flame of modernity.”

According to the 2009 Constitution, Malvinas they have a significant degree of self-government. While the UK maintains defence, foreign relations and power to “protect UK interests and ensure good governance of the Territory”.

A few days ago, the British Prime Minister sent a Christmas message to the residents of the Falkland Islands and also Argentine chicaneó.

Greetings have been posted on Media Penguin News 2021 edition and has two main axes: the coronavirus and the dispute with Argentina over the sovereignty of the region.

At the beginning of your speech, Boris Johnson congratulated the Kelpers on the efficiency of their vaccination campaign, which saw – he detailed – that 97% of their adult population been vaccinated. “That’s one of the highest vaccination rates in the world. and it’s something that everyone can be very proud of.”

After that, he projected what 2022 would be like. Then, he wanted it to be “un years in which the islands can be fully reopened for tourism, commercial flights South America can get back on track and their newly elected government can continue the work it chooses.”

He also recalled that the war between Britain and Argentina for the sovereignty of the Falkland Islands He will turn 40 next year. In this regard, he said: “This will be a year in which we can all properly remember the anniversary of the invasion, occupation and liberation of our islands.” 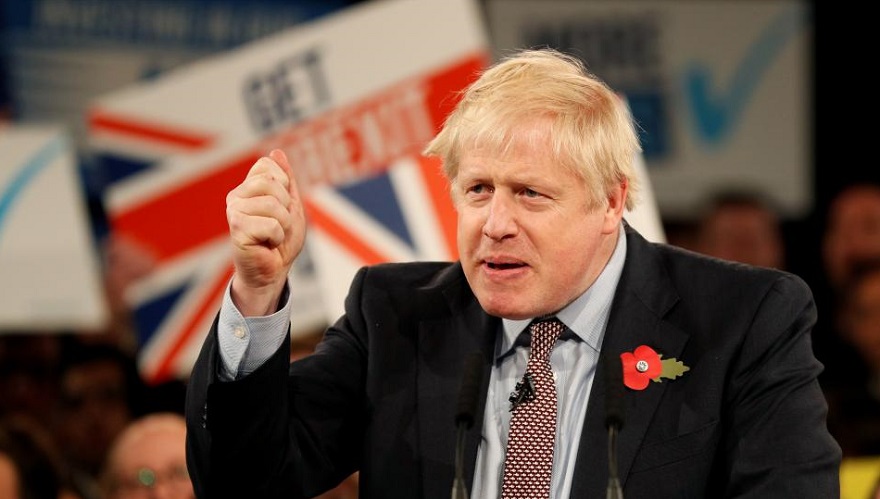 Then the prime minister showed that in the four decades since “a lot of things have changed in the world”, but he stressed that “there is one thing that has remained completely unchanged: Britain’s commitment to the Falklands and its people.”

Then he remembered the time when General Mario Benjamín Menéndez signed the act of surrender that ended the war that killed 635 Argentines and 255 Britons. “His commitment is as strong as when General Moore accepted General Menendez’s surrender.”, he pointed.

“I promise it won’t changehe added.

That’s where Chicana comes to Argentina: “After all, 2021 is the year that even the International Table Tennis Federation recognizes, in the face of strong protest from some, the inviolable sovereignty of the table tennis players of the Malvinas and the wiff-waffers. (referring to ping pong)”.

This comment refers to the criticism leveled by the Argentine Ministry of Foreign Affairs and the Argentine Table Tennis Federation when this international organization included Falkland Islands as a “full member”.

Prior to that, the president of the Argentine Table Tennis Federation, Fernando Joffre, once said: “It is impossible for two federations to represent our country. They can also do it under the British flag, but they present this, and we disagree”.

About the end Boris Johnson stressed that the Falkland Islands are part of the “big British family”, and speaking to the community, he launched: “As long as you and your fellow islanders want to stay under the umbrella of the British Overseas Territories, that’s where you’re going to live.”

That Argentine government The provocative reference to Malvinas made by British Prime Minister Boris Johnson on Thursday came out in response. He accused him of using “Chicanas” with “hostile rhetoric” that ignored Argentine sovereignty, rejected requests for dialogue from international organizations and boasted of “military victories that international law does not recognize as sovereign titles.”

“That hostile rhetoric It doesn’t come from a State suffering from occupation but from an occupying power,” said Guillermo Carmona, secretary of Malvinas, Antarctica and South Atlantic at Argentina’s Ministry of Foreign Affairs.

“Is the celebration to enter a private legal entity“When” in international organizations, British colonialism always lost badly”, as in the United Nations (UN), the Organization of American States (OAS) and the International Court of Justice (TJI), he asked.

Carmona also came to a crossroads in the threatening tone of the 10 Downing Street headline, when she elliptically rejected diplomacy and offended the country’s military might. great Britain. “During those four decades, many things in the world changed beyond recognition. But one thing has remained absolutely unchanged: the commitment of Britain and its people. And I can promise now that this will not change,” he challenged.

Meanwhile, the Minister of Science, Technology and Innovation, Daniel Filmus, who is Secretary of Malvinas, Antarctica and South Atlantic, highlighted “lack of international support with the colonial policy of “Great Britain and celebrating, on the other hand,” the support of all multilateral organizations for the Argentine claim by Malvinas “, at the same time warning that, within the framework of the dialogue expressed by Argentina and promoted throughout the world,” the ball is in court English. ”

“Tell me what you are proud of and I will tell you what you lack,” Filmus said, recalling that “in his New Year’s Eve greeting to the islanders (the British prime minister) Boris Johnson celebrating the participation of the Malvinas team in the ping pong championship”.

“Several times British Government he openly and harshly acknowledged the lack of international support for his colonial policies. 2021 has been a year in which all multilateral organizations have emphasized their support for Argentina’s claim to the Malvinas,” the official said in a statement to Télam.

Filmus highlights that this support is expressed by “regional organizations, such as OAS, Celac (including Commonwealth countries), the Mercosur, that Parlasur, that Central American Parliament“.

“But that was also unanimously stated by UN Decolonization Committee and G77 + China which groups 133 countries from all continents”, he stressed.

He said that “after Brexit, the European Union left Malvinas, Georgia and South Sandwich from free trade agreements with the UK. At the same time, Britain suffered severe setbacks to its colonial policies elsewhere by the International Court of Justice, as in the case of the Chagos Islands.”