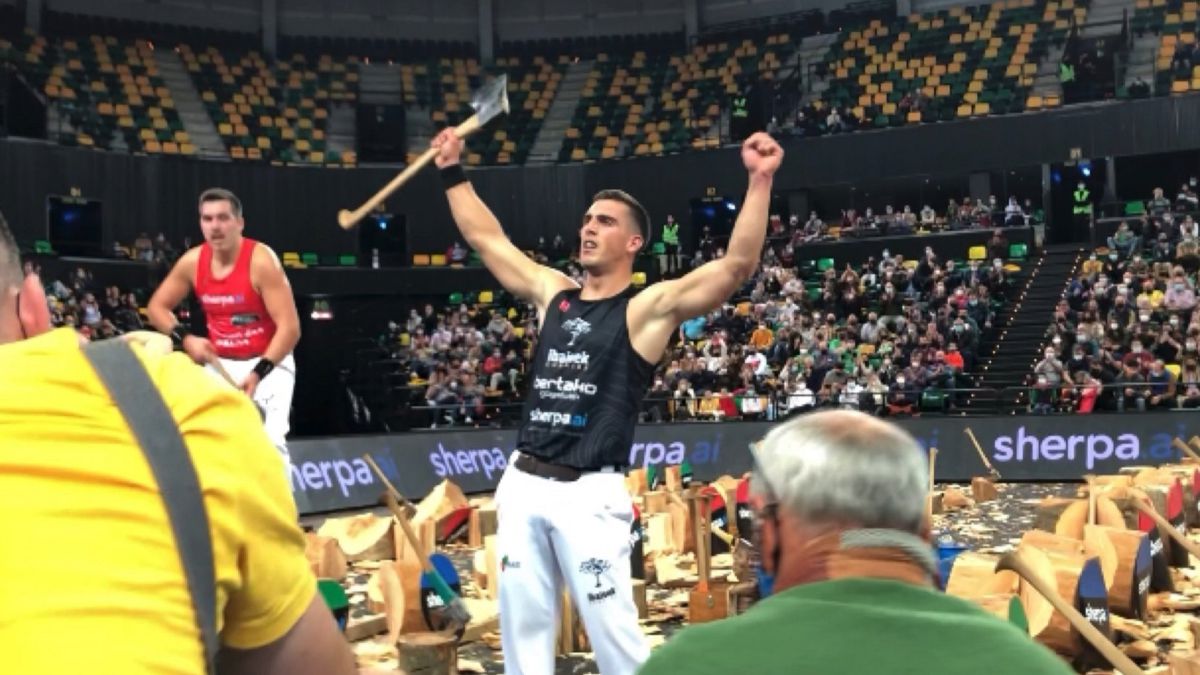 The Sherpa.ai Aizkolari Txapelketa Nagusia Championship has broken all records in terms of reach and reach. An unprecedented level of diffusion in aizkolaritza has been achieved. Thanks to the outreach efforts and the agreement reached by the organization for the broadcast of events by GOL at the state level and LaLiga at the international level, on Sunday the final can also be enjoyed on the other side of the screen on channels of more than 15 countries. It was the first rural sporting event (herri kirolak) to be broadcast nationally in Spanish and internationally in England and Asia in English, as well as in Basque, which is the main language of the event.

“This is a total audience success. The broadcast exceeded one hundred thousand viewers and had almost a 2% share, the most-watched show on Sunday on the channel”, said Francesc Carbonell, CEO of GOL. The data obtained are very satisfactory and evidence of interest that the final has risen outside the Basque Autonomous Community. Thus, the broadcast managed to reach the highest share of the day on GOAL: 1.8% in the men’s final and 1.7% in the women’s final. The audience is 115,000 viewers and in the Basque Autonomous Community it reaches 7.8% share. With broadcast moments that even reached 220,000 viewers. This means multiplying by more than the previous ten viewers.

“The truth is that we didn’t expect so much success with the audience and the public. When we decided to start this process together with Aizkolaris, it was a sport on the decline, but we were confident that it could be relaunched and internationalized. Today we have shown that this sport and rural sports in general has a future if we adapt it to the new times and formats”, explains Xabi Uribe-Etxebarria, founder and CEO of Sherpa.ai and championship promoter.

Sherpa.ai, based in Bilbao and Silicon Valley, is a leading company in Artificial Intelligence services. Its AI services include white-label conversational Digital Assistant, predictive technology, and the world’s most advanced AI framework for data privacy. Sherpa.ai has been considered as one of the top 10 most relevant Artificial Intelligence companies worldwide along with Google, Amazon, Microsoft and IBM. In 2019, he added Tom Gruber, Siri’s founder and former CTO, to the team, and in 2020 he added marketing executive Joanna Hoffman, who is Apple’s head of marketing.

Sherpa.ai’s Artificial Intelligence Technologies are designed to be integrated into products such as cars, smart headphones, home speakers, web pages, mobile apps or home appliances. Sherpa.ai has agreements with companies such as Porsche, Volkswagen and Samsung, among others. Sherpa.ai also has free apps for smartphones and tablets.

Xabi Uribe-Etxebarria is a serial entrepreneur, a global benchmark in Artificial Intelligence and the founder and CEO of Sherpa.ai, a leading company in Artificial Intelligence services. Xabi has received many awards and recognitions. The award given by the MIT Technology Review to the best innovator under the age of 35 stands out. He is also included in EL PAÍS’s “100 of the year” list as one of the 100 most influential people in the Ibero-American world, as well as on the international magazine Analytics Insight’s “40 Under 40” list, which recognizes the 40 most relevant leaders under the age of 40. year globally. In addition, he is a mentor at the Saïd Business School at the University of Oxford.