Aníbal Torres acknowledges the work of the British ambassador in Peru 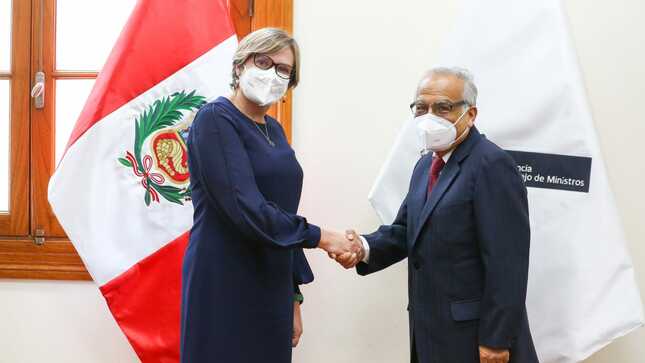 The President of the Council of Ministers, Aníbal Torres, met this morning with the British Ambassador to Peru, Kate Harrison, on the occasion of the end of the diplomatic mission in the country.

Torres Vásquez thanks and acknowledges the work done during the four years of Kate Harrison’s reign, during which time bilateral relations between the two countries were strengthened.

This action, the prime minister said, is a sign of a major moment that relations between Peru and Britain are experiencing.

Meanwhile, the ambassador stated that the UK will continue to offer technical assistance in the development of public infrastructure to transfer knowledge and skills that can be replicated in other areas of the state.

He also expressed strong support from the UK for Peru’s entry into the OECD. In this regard, he highlighted the cooperation that has been carried out with the Secretariat of Public Integrity.