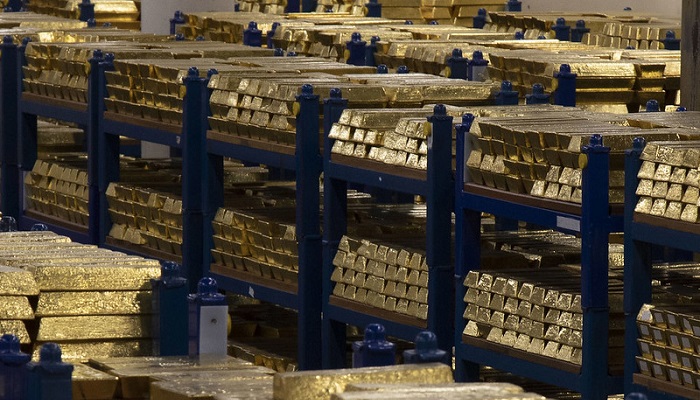 In an ambiguous decision by Britain’s Supreme Court, last week it ruled the holding and disposal of Venezuela’s gold reserves in the British Central Bank, equivalent to about $1,000 million over 13 years. Although the UK’s highest court decision ratified Juan Guaido’s recognition of being in charge of the presidency, it opened the door for the regime to secure and future claims.

The importance of the British Court’s statement has threefold implications: on the side of official, oppositional and international relations. In the latter, the change of government through constitutional means does not represent any problem, but this is not the case when there is a seizure of power through non-constitutional means; Faced with such a situation, the doctrine and practice of international law considers “government recognition”. In general, it can be defined as a manifestation of the will made by a State or a group of States by which it verifies the constitutionality of a government or not, and which impacts whether or not relations between States are sustainable.

In this context there are several doctrines in international law: the doctrine of Ecuador Carlos R, Tobar (1907), which says: “The American Republics should intervene indirectly in the internal decisions of the Republics on the continent. This intervention may consist, at least, in the non-recognition of the de facto government arising from the revolution against the constitution”; a doctrine ratified by the Betancourt doctrine, a prelude to the Inter-American Democratic Charter. Years later, Wilson’s doctrine of 1917 stipulated that any Latin American government of revolutionary origin or contrary to the constitution, could not enjoy the support of the Washington government and would not be recognized by it. Furthermore, in contrast to previous doctrines, the Mexican Foreign Minister, Genaro Estrada (1930), based on the principle of “non-intervention”, stated that “Mexico restricts itself to retaining or withdrawing, if it deems fit its purpose. diplomatic agent .. .without qualifying, preemptively, or a posteriori, the right of foreign states to accept, retain or replace their government or authority”.

Last week, Britain’s Supreme Court ruled on the availability of 31 tonnes of gold reserves that Venezuela has in the Bank of England, equivalent to $1000 million over 13 years. While the decision has had little resonance in the official and opposition media, it has far-reaching significance from a political, legal and economic point of view. For the regime, politically, decisions in its favor represented recognition of its government, which would allow it to dispose of it at will, giving it ample bearing on waste and corruption. Fortunately, the Court decided against it and adhered to the regional doctrine of government recognition.

The court held that British courts were bound by the one vote principle to accept the executive statement stipulating that Guaido was recognized by HMG as constitutional president while Venezuela and Maduro were not. The second element that puts the regime out of the game is that the validity of Guaido’s executive actions in appointing BCV’s board of directors cannot be questioned by British courts; Finally, the justifying arguments conclude that the British courts have not stated or will not state the validity or legality of an executive act of a foreign State, which is carried out within the territory of that State.

This action internationally has full legal justification, for three reasons: a) very real electoral fraud, where an external structure is maintained, to allege legality emerges, while processes and outcomes are shamelessly manipulated; b) gross violations of human rights in clear violations of the Constitution and international law; and c) has allowed the Cuban regime to intervene politically in Venezuela, turning the country into a vassal state.

However, the decision which is politically aligned with the European Union and the 60 governments backing Guaido’s interim government, opens the door for the regime to use commercial courts within the UK’s own jurisdiction, which might make one wonder: 1) Would a UK commercial court conflict with the principle of one vote?; 2) Or does it refer to an international commercial court for dispute resolution such as the Paris International Chamber of Arbitration? Or any of the 27 leading arbitration institutions and dispute resolution centres, worldwide? Which will be the truth.