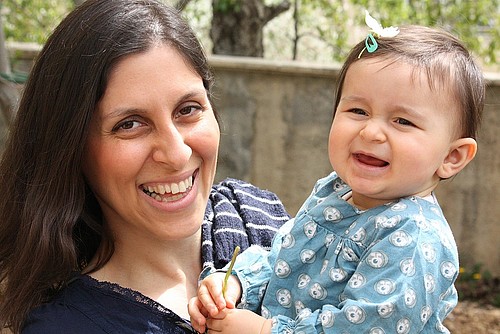 In response to the information Nazanin Zaghari-Ratcliffe and Anoosheh Ashooriboth are detained in Iranhas been released and is about to leave the country, Sacha Deshmukh, Executive Director of Amnesty International UK, said:

“This is great news, but it’s almost too late.”

“Nazanin and Anoosheh should never have been detained: they were imprisoned on false national security charges, a typical tactic in Iran.”

“There is no doubt that the Iranian authorities have used Nazanin and Anoosheh as political pawns and have acted with calculated cruelty to try to exploit their diplomatic captives.”

“It has been clear for years that Iranian authorities have been making false accusations, related to national security, against foreign nationals in order to apply diplomatic pressure.”

“It has been clear for years that the Iranian authorities are making false national security charges against foreign nationals to apply diplomatic pressure, and now it is more important for the UK to do multilateral work to combat this dangerous practice.”