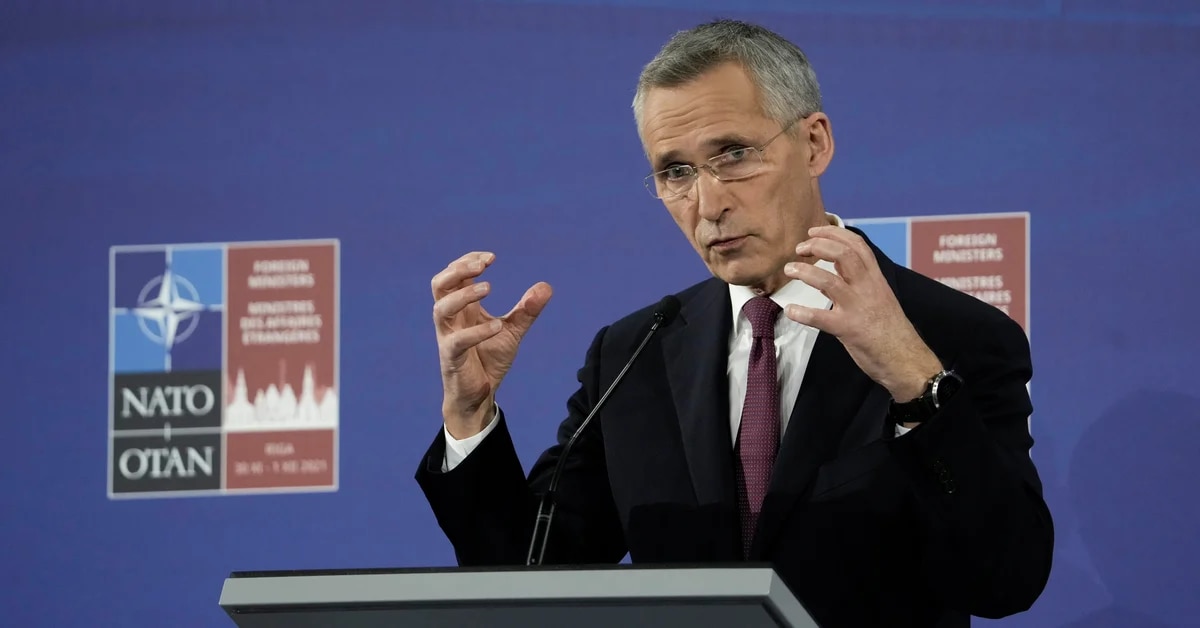 NATO Secretary General Jens Stoltenberg convenes the NATO-Russia Council on Tuesday, the main forum for dialogue between the Atlantic Alliance and Moscow, for the coming January 12, amid rising tensions on the Ukrainian border.

“I have requested a meeting of the NATO-Russia Council in January”, said Stoltenberg through his profile on the social network Twitter.

In the same message, he said he had spoken to British Foreign Secretary Liz Truss about Russia’s “continued, unwarranted and inexplicable military reinforcement in and around Ukraine.”

“NATO’s actions are both defensive and proportionate, and we remain open to dialogue”, said Stoltenberg.

Allied sources confirmed to the agency EFE that the Norwegian politician had “summoned” the January 12 meeting in his capacity as president of the NATO-Russia Council, and that The Alliance is currently “in contact with Russia regarding the meeting”.

The North Atlantic Council, NATO’s main decision-making body, said in a statement on December 16 regarding the situation in Ukraine that: “Any dialogue with Russia must proceed on a reciprocal basis, address NATO concerns about Russia’s actions, be based on basic European security principles and documents, and take place in consultation with NATO’s European partners.”

Russia deploys thousands of troops on the border with Ukraine (Photo: AFP)

The Allied Secretary-General has repeatedly regretted that Moscow closed the organization’s diplomatic offices on its territory in response to the withdrawal of NATO accreditation of eight diplomats from Russian missions to the Alliance who it said were spies.

He also stressed the need to keep the channels of dialogue open with Russia despite tensions.

Meanwhile, the Deputy Minister of Defense of Russia, Alexandr Fomin, warned this Monday that NATO “provocations”, which it accuses of increasing its presence near Russia’s borders in 2021, could lead to “military conflict.”

On Sunday, in a statement to public television, Putin assured that, if NATO does not listen to reason, he will consult military experts about the actions to be taken, although He insisted that the Kremlin was seeking a “diplomatic and negotiated solution.”

Last week Russia proposed to NATO the signing of a security guarantee agreement that would prevent the entry of countries from the former Soviet Union.

He also urged allies to stop all military activity in their backyards, from Eastern Europe to the Caucasus and Central Asia. The first meeting between Russian and US negotiators on these security guarantees is expected in early January.

The international community demands that Russia reduce tensions on the border with Ukraine (Photo: REUTERS)

This Tuesday the high representative of the European Union (EU) for Foreign Policy, Joseph Borrell, also discussed with Liz Truss the need to avoid further tensions due to Russia’s military strengthening with Ukraine.

“I discussed with Liz Truss the events regarding the strengthening of the Russian military. I reiterate my support for Ukraine’s sovereignty and territorial integrity,” Borrell said on his Twitter account. In the same message, he explained that “the immediate priority is to avoid further escalation (of tensions).”

Moreover, he emphasized that “Any discussion on European security must take place in EU coordination and participation.”

Putin’s Supreme Court orders the closure of the Memorial, the emblem of the NGO of individual freedom in Russia
Russia intensifies persecution of supporters of Alexei Navalny: arrests a deputy and regional head of his party
What are they looking for and how far can Vladimir Putin, Xi Jinping and Ali Khamenei go?