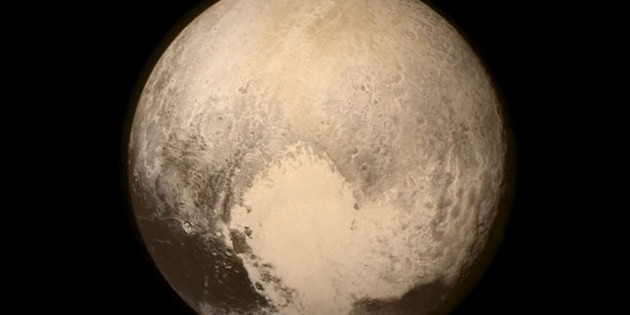 Advances in technology have allowed space exploration to reach an unprecedented level. Pluto, which has always been a discordant element among astronomers, has again surprised with certain mountains that have never been observed before in the solar system.

It’s about volcanoes. But not just any kind: ice. The most distant dwarf planet in the Solar System, by its unique properties, produces geological bodies through which cold rivers flow, not from magma, but from “solid flow like a glacier”.

Analysis of the images taken by the probe from NASA’s New Horizonsshows that the internal temperature Pluto it remained higher than previously thought long enough to allow such a phenomenon. The presence of cryovolcanoes on various moons in the solar system, such as on the largest satellites Neptune, Triton, is known. But the one from Pluto “They look very different from anything we’ve seen so far“, added the study’s co-authors.

On the dwarf planet, you can see “a large area of ​​very large ice volcano, with a noticeable wavy relief texture,” he said. Exactly dating this volcano’s formation is difficult, “but we believe they may be several hundred million years old or even younger.”, the scientist noted. A small figure in history that is billions of years old.

Pluto: Is there liquid water in this volcano?

Since the region where this formation was found does not have an impact crater, caused by an asteroid, scientists have not ruled out the possibility that ice volcanoes continue to form there. The discovery is “very important,” he said. Lynnae Hurry, a planetary expert specializing in cryovolcanoes at NASA’s Goddard Space Flight Center. “They suggest that a small object like Pluto, which should have long since lost most of its internal heat, managed to maintain sufficient energy to trigger extensive geological activity late in its history.” he explained.

“This information should allow us to reassess the possibility of conserving liquid water in small icy worlds far from the sun.” David Rothery, professor of planetary geoscience at the UK Open University, explains that “It is not known what provided the heat needed for this icy volcanic eruption.”

One of these structures, Mount Wright, is about 5 km high and 150 km in diameter, It has a volume similar to one of the largest volcanoes on Earth. Mauna Loa, en Hawaii. And this despite the fact that Pluto is much smaller than Earth. The New Horizons probe, which took the image, was the first spacecraft to explore Pluto in 2015. “We still have a lot to learn about the solar system”Kelsi Singer concludes.