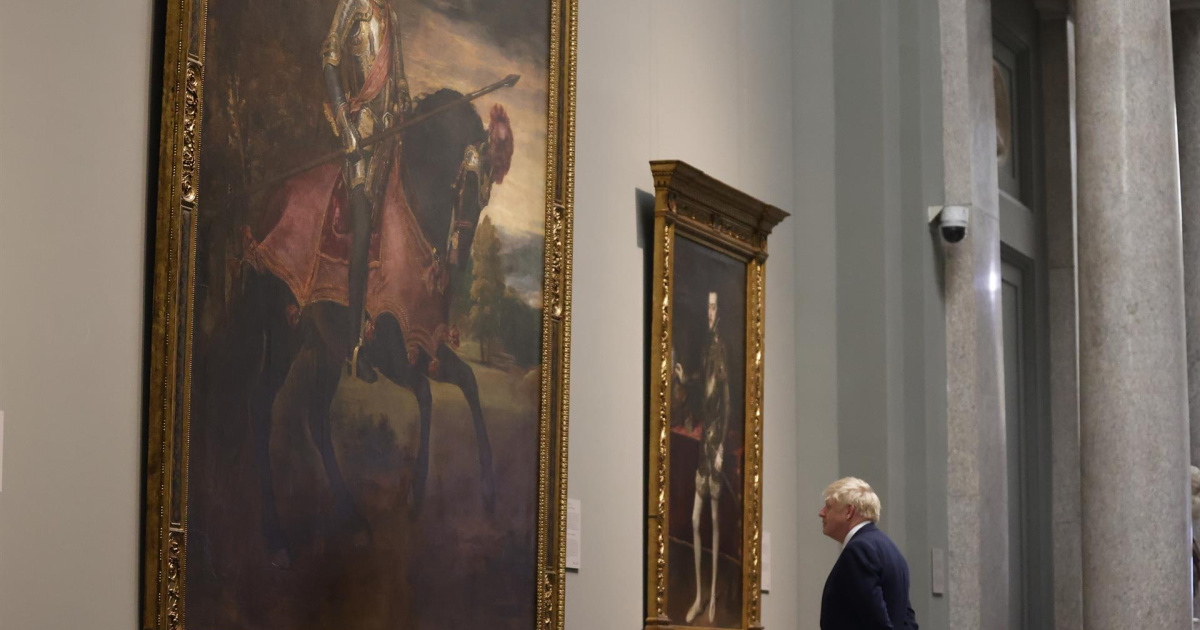 Picture of Boris Johnson at the Prado Museum, impressive view Carlos V Titian’s is a fine metaphor for the smallness of the British prime minister against the boundless majesty of one of Europe’s fathers. Europe that Johnson kidnapped as a political argument for a career and at the time showed that it was a poisonous speech.

Johnson’s political rise from London Mayor’s Office to Prime Minister, through Secretary Overseas office it was done by blaming Europe for everything. For a time it was a fairy tale that worked. He won the Brexit referendum on the heads of those calling for departure and made Theresa May’s life as Prime Minister impossible. On 12 December 2019, he won the election by a huge majority not seen since Thatcher’s best term: 365 seats compared to 202 for the Labor Party. Most impressive is perhaps the seat the Conservatives won from the Labor Party at the so-called Red Wall in Northern England and the Midlands. A region that was Labor for a century and where the Conservative Party won several seats in the election. last Monday Daily Telegraph, Britain’s conservatism reference newspaper, offers detailed information that is the best evidence of the decay of this political family. Three of the deputies the Conservatives won at the Red Wall are in negotiations with Labor to change sides. It only happens when a party rots.

It is well known that Johnson survived a vote of confidence from the party itself on June 9. But with a poor result, because it was forced by 211 votes against 148. That is, 148 Conservative deputies deemed the Prime Minister unfit to hold the position after learning of the parties, not so noisy, that celebrated at 10 Downing Street when the country was on lockdown because of pandemic. From then on, it was clear that Johnson’s political future was the color of old telephones.

Let’s add to this that Johnson is in the process of breaking the agreement the UK and the EU signed to agree to leave the Union for a country that chooses to follow another path. Johnson agreed to a formula under which the entire island of Ireland would remain within the Customs Union so as not to jeopardize the peace that emerged from the Good Friday Treaty. But that means, in practice, the customs border between Great Britain and Northern Ireland. It was something the blind saw. The Johnson administration signed it and now they can’t and won’t see it. And unilaterally violating international agreements is something that cannot be left without very serious consequences.

We could go on making bullshit lists, but the truth is that the conservative majority forged in December 2019 led those of us reporting on the election to predict that there would be a conservative government for some legislatures. The reality today is that the Labor Party has regained the center of politics and has a comfortable lead in the polls. Because when the party is led by a clown, you can enjoy some wonderful afternoons. But evidence always wins.

PS To avoid misunderstanding, DRAE defines a clown as a hawker, i.e. one dedicated to a hawker: a set of trinkets and small things, such as buttons, needles, ribbons, combs, etc. I mean, when I call Boris Johnson a clown, I’m not insulting him, I’m describing him.