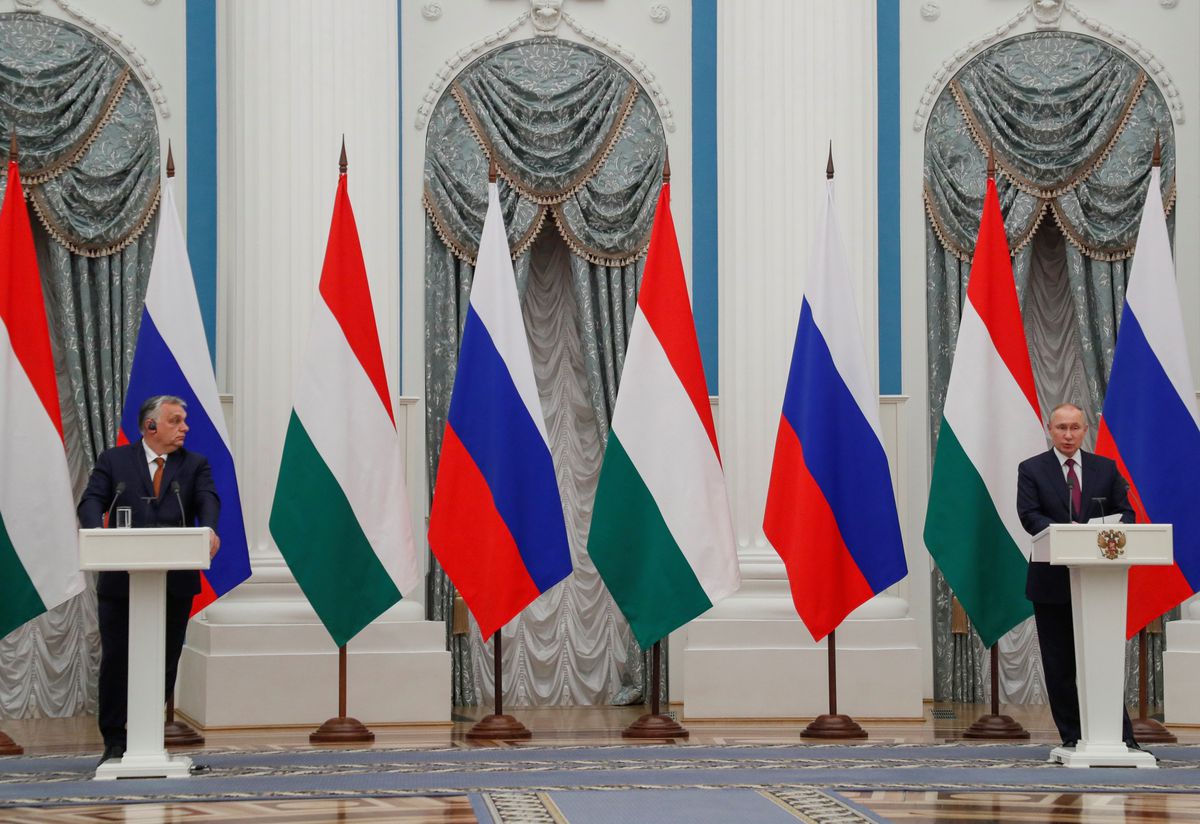 Russian President Vladimir Putin believes that the West has ignored its demands in the Ukraine crisis. “The United States has ignored our main demands,” the Russian president said at a news conference after nearly five hours of his meeting with Hungarian Prime Minister Viktor Orbán in what was his first public reaction to the American response to your request. In addition, he has sent messages to Kiev, which he directly accuses of military escalation around its borders. “By threatening the Russian Federation, Kiev jeopardizes its integrity,” Putin warned.

The Russian president has spoken for the first time publicly about the response given to him, in writing, last week by the White House and NATO, and has again mentioned his three main demands: NATO’s return to its borders in 1997, when the two sides signed a good relations agreement that considered peaceful expansion of the organization; written assurances that they will not deploy weapons near their borders; and compliance with the points of the 1999 Istanbul Declaration. In particular, the principle of indivisible security, which implies that no state will strengthen itself at the expense of third parties. However, in the same paragraph it is stated that every nation is sovereign to make alliances with other nations.

“Discussions on Russia’s proposal to have security guarantees will continue,” said Putin, who did not close the door on continuing negotiations on how to avoid threats to the “Russian Federation, Ukraine and the European Union” as long as these agreements “came close” to their proposals. However, the Russian president once again insisted that Ukraine’s entry into NATO could give Kiev wings to try to restore Crimea, and assured that Moscow “wants to avoid a negative scenario” with a neighboring country.

“It is written in the Ukrainian doctrine itself that they aspire to restore Crimea, and this includes military routes. They don’t talk about this openly, it’s written in documents,” said Putin, who drew up a hypothetical scenario with Ukraine “inside NATO, full of weapons and attack systems like Poland and Romania.” “And the operation started in Crimea, I’m not talking anymore. about the Donbas,” added the president, who delivered a similar speech before the high command of the Russian armed forces on December 21. On that occasion, he instructed his Army to take “military-technical retaliatory measures” if the alleged Western “aggression” continues.

Putin also pointed out in his speech that NATO is not obliged to accept new members, so the United States and the Atlantic Alliance can say to Kiev, according to the president: “We respect your aspirations, but we cannot accept you because we already have other international obligations.

In parallel with the bilateral meeting with Orbán, a phone call was also held on Tuesday between the US Secretary of State, Antony Blinken, and the Russian Foreign Minister, Sergey Lavrov. The two agreed that negotiations would continue despite the rejection of key Kremlin demands, and concluded that it was necessary to somehow remove the restrictions on their diplomatic missions.

The meeting with Orbán comes five days after a summit of European extreme-right leaders in Madrid, whose positions differ with respect to Putin. While Hungary is closing in on the Kremlin’s orbit, the Polish government of Mateusz Morawiecki unconditionally supports Ukraine in this crisis, both by sending arms and promoting political understanding with the country and the UK.

“My visit today was partly a peace mission,” the Hungarian prime minister said at the start of the meeting. The involvement of the two is evident when Putin talks to his interlocutor instead of talking to him about you, as usual. One of the key points of the meeting was energy supplies to Hungary, a member of the European Union and NATO whose government has created distrust among its partners because of its proximity to Putin.

Orbán criticized the sanctions the bloc has imposed on certain Russian figures and businesses as a result of the annexation of Crimea and the war that broke out in eastern Ukraine in 2014. “The sanctions policies implemented against Russia have damaged Hungary more than Russia. Russia; Russia has established import substitution in the sectors where we used to supply our goods”, assured the Hungarian president.

“The closing of the gas contract (with the Russian state Gazprom) until 2036 becomes very important. I want to achieve an increase in supply at today’s meeting,” Orbán said. 55% of the oil and 80% of the gas his country consumes comes from Russia, according to Putin.

Prior to his meeting with Orbán, Vladimir Putin had a telephone conversation with Italian Prime Minister, Mario Draghi, in which the Russian leader emphasized that Kiev is “avoiding the fulfillment of its obligations, especially in the political aspect of resolving the Internal Ukraine conflict”, according to a statement published by the Kremlin.

In other words, according to Moscow, the Ukrainian government must now grant special status to the separatist Donbas region agreed in the 2015 Minsk peace agreement. Kiev refuses to implement this point before other points are met, such as a foreign military withdrawal in the region. territory, because he considered that his sovereignty would be undermined from within by Moscow. For its part, Russia has increased its pressure on Kiev to comply: The Russian Duma will debate on February 14 the Communist Party’s proposal to recognize the independence of Lugansk and Donetsk, while Putin’s party has publicly asked to send them foreign arms and weapons. the minister recently said that recognition of independence was an option on the table.

In his conversation with Blinken, Lavrov alluded to this idea, urging Washington to “use its influence” in order for Kiev to apply special status to the region where the self-proclaimed republics of Donetsk and Luhansk now reside.

Business is also the focus of talks between Putin and Draghi. “Vladimir Putin reiterated his willingness to continue to guarantee a stable supply of Russian gas to Italy,” the Kremlin stressed, noting that the Russian leader was “satisfied” with his January 26 videoconference with the Italian business elite.