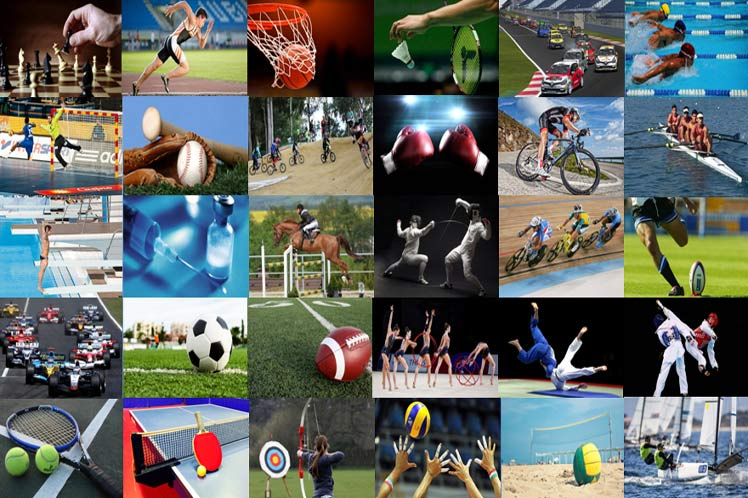 These are the headlines:

-US confirms diplomatic boycott of Winter Olympics in China

-Pochettino admits PSG have to step up their game

Washington, Dec. 6 (Prensa Latina) The White House today confirmed that it will carry out a “diplomatic boycott” of the Winter Olympics to be held in Beijing, China, in February 2022.

The United States will not send diplomatic or official representatives to the multi-sport event as usual in this type of competition, but will send its athletes, the presidential press secretary, Jen Psaki, said on Monday.

Paris, 6 Dec (Prensa Latina) The technical director of Paris Saint-Germain (PSG), Mauricio Pochettino, admitted today that the club must improve its flexibility and playability, following the unstable performance of its football team.

There are things that need to be improved in our game and in some aspects, I have to admit, the Argentine coach stressed to the press, facing tomorrow’s Champions League match against Belgian Brugge, a game of pure procedure for the rojiazules, has already been classified. round of 16.

Havana, Dec 6 (Prensa Latina) The Bayano Digital newspaper today released the Panamanian media poll in the Latin Press Survey to select the best athlete in Latin America and the Caribbean in 2021.

In the Best Male Athlete category, the newspaper selected Ecuadorian cyclist Richard Carapaz, who at the 2020 Tokyo Olympics became the second gold medalist in his country’s history and the first Latin American to be crowned the champion of the route test.

Washington, Dec. 6 (Prensa Latina) Cuban baseball adds a new chapter to its historical prowess and riches, with the election of Tony Oliva and Orestes Miñoso to the United States Major League Baseball Hall of Fame in Cooperstown.

Oliva and Miñoso will be joined by compatriot Tony Pérez at the Pavilion of the Immortals, doing so in a traditional voice; Martín Dihigo, Cristóbal Torriente, José de la Caridad Méndez and businessman Alex Pompez approved by the Special Committee of the Negro League.

Tokyo, Dec 6 (Prensa Latina) Brazil striker Leandro Damiao won the award for the best footballer of the season in the Japanese League today after helping Kawasaki Frontale to a second successive title.

On social network Twitter, the official described the excellent results the young Cuban athletes had in the Colombia-based contest, where they finished fifth overall with 29 gold, 19 silver and 22 bronze medals.

Washington, Dec 6 (Prensa Latina) The United States government continued today to consider a diplomatic boycott of the Beijing 2022 Winter Olympics and Paralympics, a position China has criticized, warning that it cannot politicize the sport.

Although the Joe Biden administration indicated that it would take steps in this regard, they still have not announced their plans in detail, local media highlighted this Monday.

The Texas team achieved its seventh championship win against 16 losses on Sunday, beating the New Orleans Pelicans 118-108, with 23 points clear of Christian Wood and Eric Gordon.

The mat squad will also be without the injured Montenegrin Stefan Savic, with Geoffrey Kondogbia emerging as an early centre-back against the victims of clashes between the two players and Brazil’s Felipe Monteiro, the latter due to suspension.

Guatemala, Dec 6 (Prensa Latina) The Guatemalan Olympic Committee today described the performance of the national delegation at the Junior Pan American Games as excellent, with a total of 16 medals.

“Thank you for your efforts, determination and heart at the continental fair but, above all, thank you for being alive and making us feel #PasiónPorGuatemala,” the agency wrote on its official Twitter account.

Liverpool, United Kingdom, 6 Dec (Prensa Latina) Arsenal will today look to continue their winning streak in English football, when they face Everton as visitors for the 15th of the Premier League.

Those led by Mikel Arteta have seen a rebound in the competition after a poor start, but in the last duel they fell to Manchester United 2-3 and now need all three points to continue moving up the position.