They predict a warmer-than-usual spring and summer in Argentina 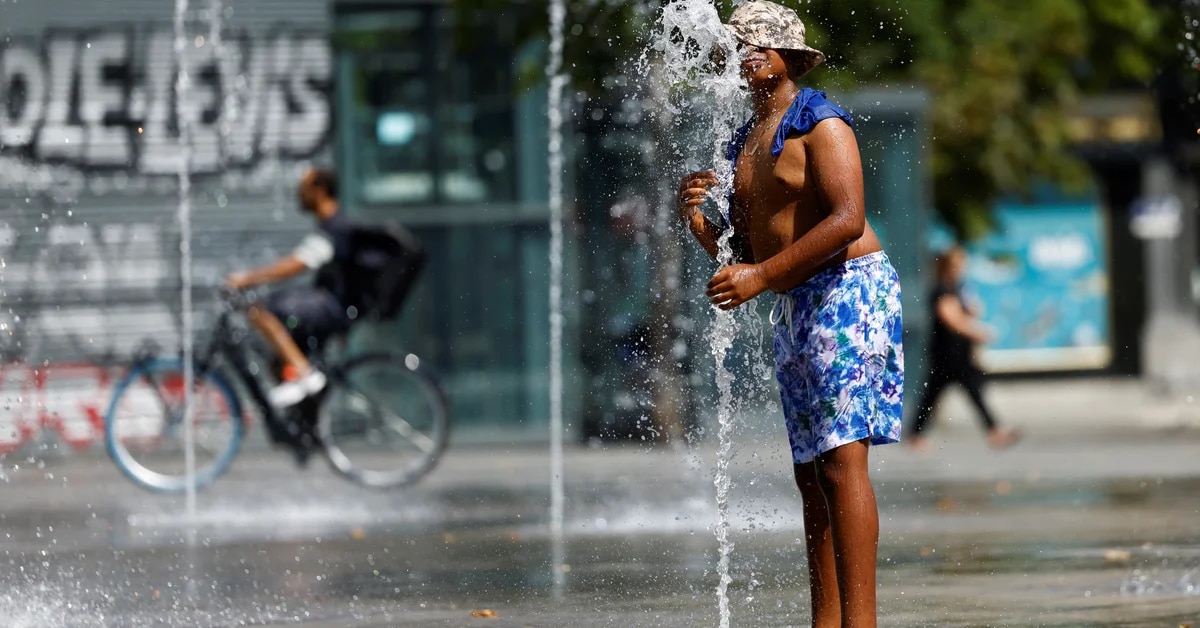 “We will most likely have a warmer-than-usual spring and summer in Argentina”, they determined to infobae from National Meteorological Service.

In the middle heatwave with record high temperatures seen in Europe, the weather forecast in the future is not good. Western Europe is completely burned from the extreme heat wave, which has brought yesterday’s temperature was at 40 degrees Celsius in the UK for the first time, France at 42.6 and nearly 46 in Portugal and Spain.

“Europe is experiencing an extreme heat wave as several temperature records are being broken and reaching historical maximums. This is the third heatwave in the Northern Hemisphere so far this year and the one that, for example, set the UK to a record 40.2 degrees Celsius yesterday. It started in mid-June with a historic peak for the month. Then followed another one in early July and this last one broke all previous records”, he explained to infobae Meteorologist Matias Reinoso, National Meteorological Agency (SMN). 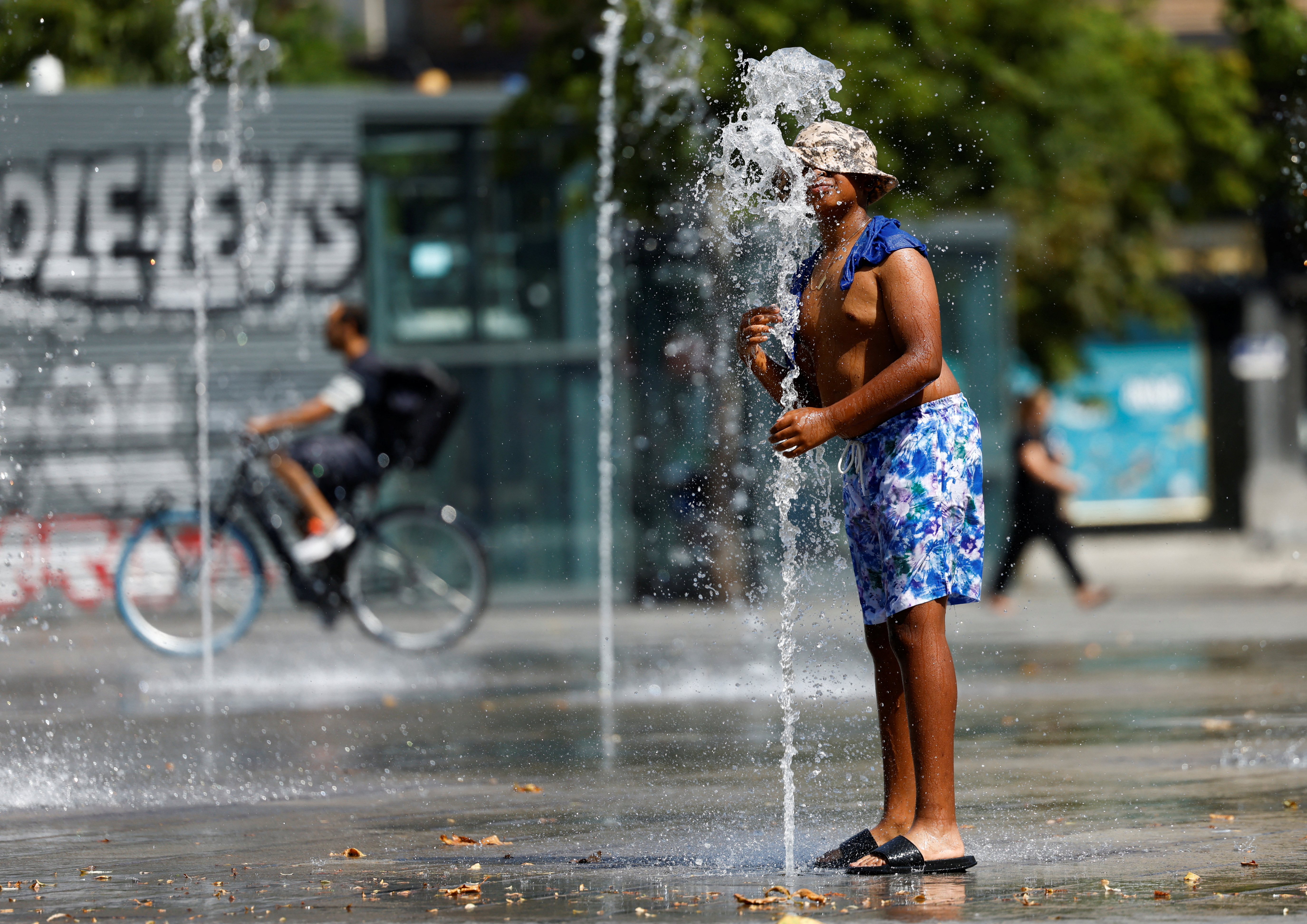 A man searches for water in Brussels, as the temperature rises (REUTERS/Yves Herman)

“This phenomenon is not associated with a single cause but is multi-causal. As for the most immediate cause, we observed an influx of warm air from North Africa, along with a low pressure system from Portugal. Also the production of an anticyclone which prevents the warm feeling from dissipating. A subsidence effect is generated which occurs when cloud formation for which temperatures are being avoided. Since there are no clouds, the temperature reaches its highest value.

Another major cause is an indirect cause called global warming, which increases this climatic phenomenon. Since the pre-industrial era, the planet has continued to warm, increasing the average temperature by 1.1 degrees Celsius.. This global warming results in climate change, with events becoming more intense and more frequent. For example, from 1995 to 2015 there were 20 heat waves. That is, 20 waves in 20 years. But from 2015 to 2022 there were also 20 other heat waves. That is, 20 waves in just 7 years. This is how global warming works.

Coinciding with Reinoso, yesterday World Meteorological Organization (WMO) warned: “Heatwaves like the one Europe is currently experiencing, the second in a month, and other negative climate trends will become more frequent and will continue until at least 2060, regardless of success or otherwise in mitigating climate change” According to scientists, the increase in the frequency of heat waves recorded in Europe is a direct consequence of the climate crisis, as greenhouse gas emissions increase in intensity, duration and frequency. 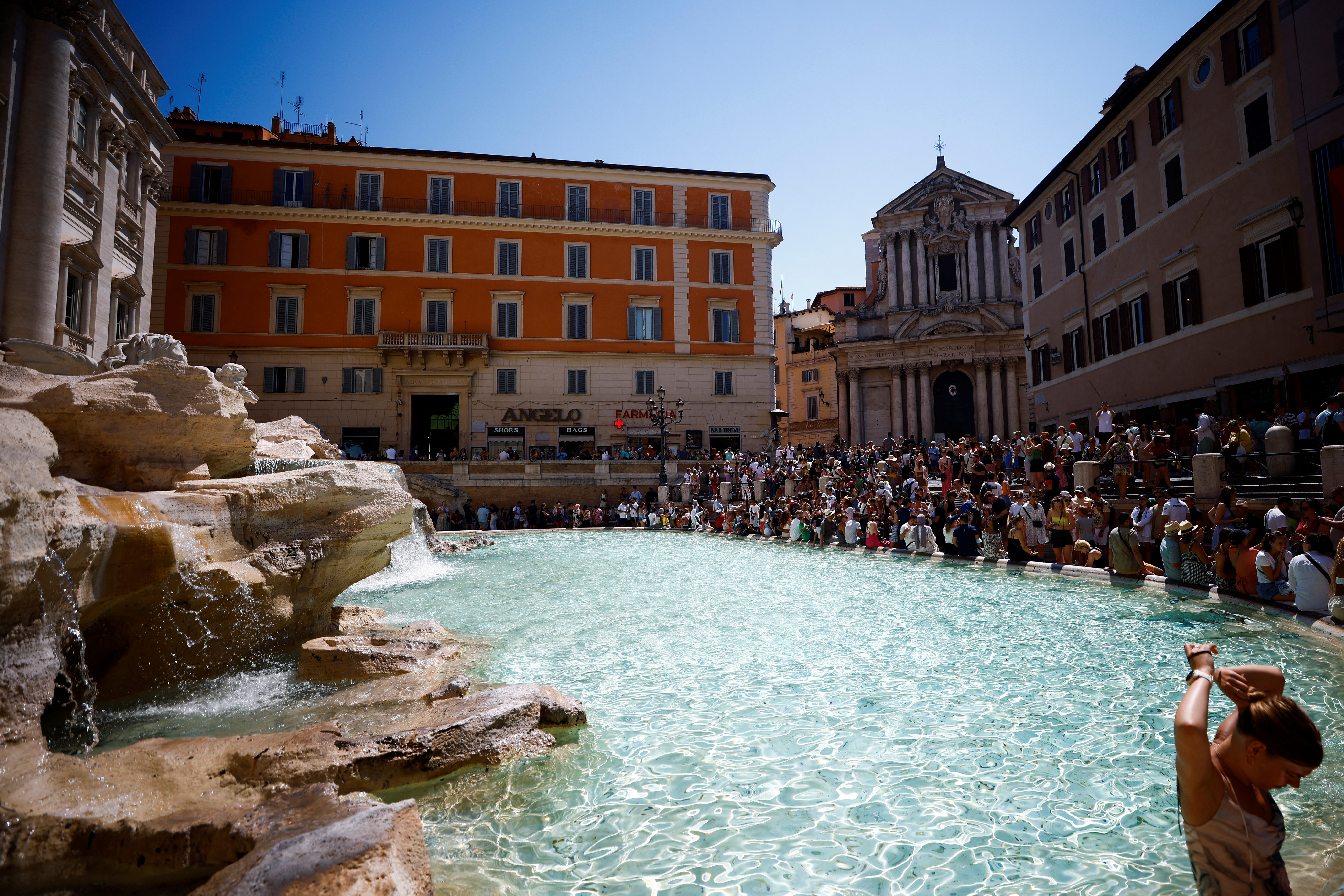 Tourists cool off at the Trevi Fountain in Rome amid record European temperatures. (REUTERS/Guglielmo Mangiapane)

WMO Secretary General, petteri taalamaintain that “heat waves are becoming more common due to climate change” and explains that we are “treating” the atmosphere through the injection of more greenhouse gases (GHGs), especially carbon dioxide. Last March, the International Energy Agency (IEA) released a shocking report: carbon dioxide (CO2) polluting emissions hit a new world record in 2021, with 36.3 billion tonnes, due to increased use of coal in the global economy in recovery after the pit. from the pandemic.

“These heatwaves in Europe do not imply that they will necessarily occur in Argentina in the coming months, although the trend is that temperatures will increase. We have to keep in mind that there was a record of extreme temperatures last summer, so it’s likely that we’ll have a warmer spring and summer than usual, with more frequent heat waves,” explains Reinoso. 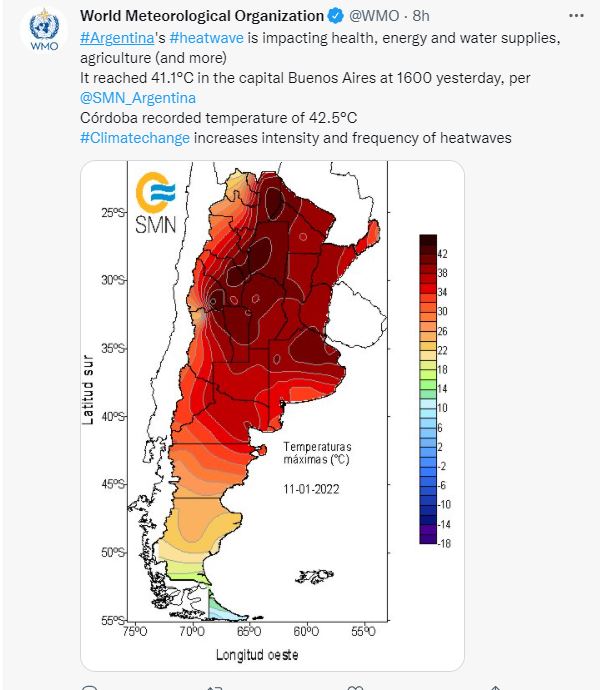 The expert recalled when on Tuesday, January 11 at 4:05 p.m., 41.1 degrees registered in the city and for the first time in 30 years, 40 degrees were exceeded in CABA.. That day in San Juan the temperature reached 44° around 18. La Rioja had a temperature of 42.4°C and Santiago del Estero 42.1°C. “The temperature keeps rising! At 4:05 p.m., the City of Buenos Aires recorded a temperature of 41.1°C. This is the 2nd highest since 1906. #heatwave #heat,” SMN tweeted that afternoon. The highest step on the temperature podium is held by January 29, 1957the date on which the porteños had to withstand 43.3 degrees of heat.

Reinoso, from SMN concluded: “We have observed in recent years how record maximum temperatures are being broken more often. That doesn’t mean that we also observe colder winters in Europe. This is part of the phenomenon of climate change. There are more extreme events because these imply imbalances and disturbances in the climatic environment.”. 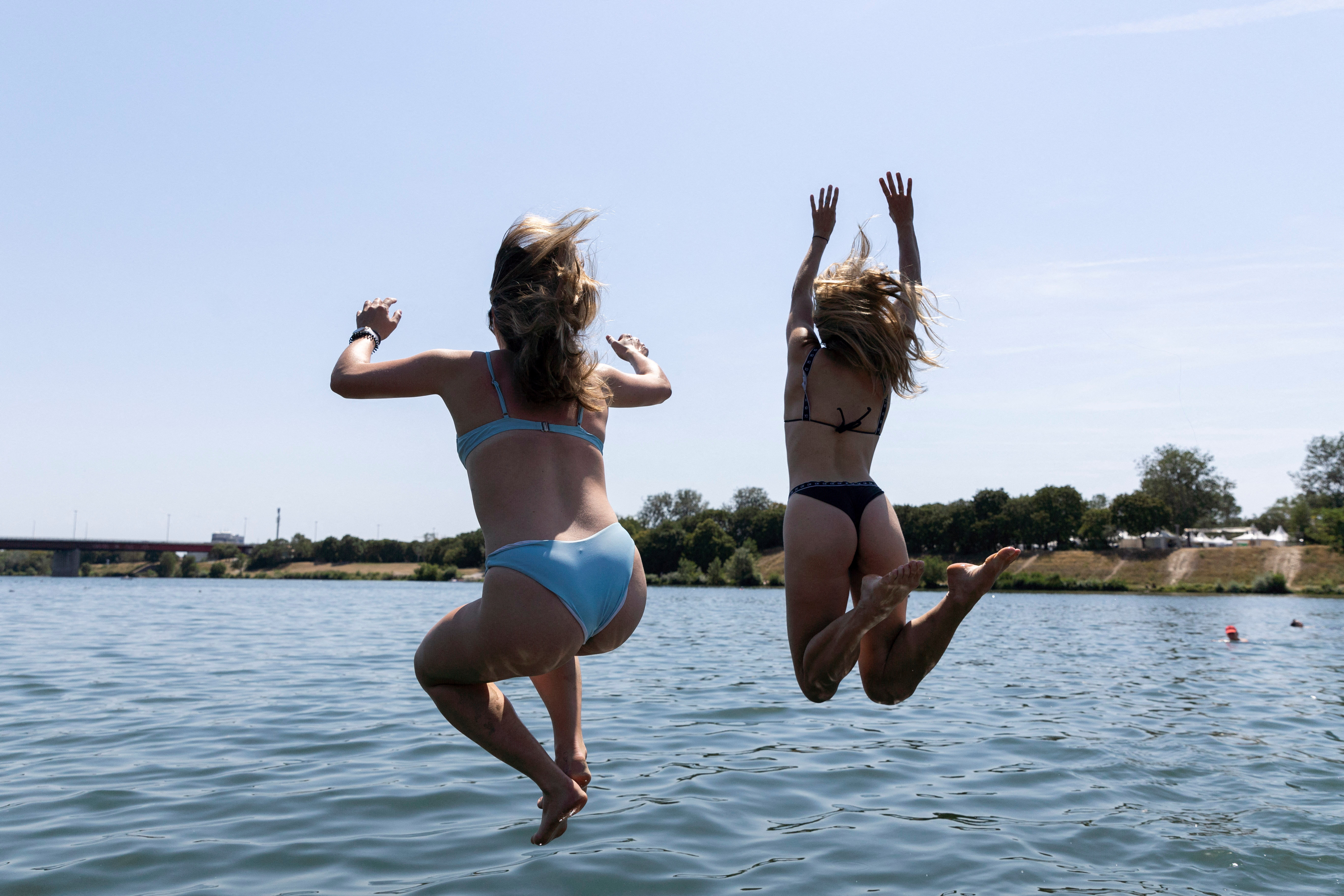 Exalted, WMO experts warn that warming and other trends “will continue into at least 2060, regardless of success or not in mitigating climate change.” “Climate change has already affected the likelihood of temperature extremes in the UK. In a recent study we found that this possibility has increased and will continue to increase over the course of the century.. Chances of seeing 40C a day in the UK can be up to 10 times more likely in the current climate than in a natural climate unaffected by human influences.”

The temperature record isa true reminder that the weather has changed and will continue to change”, said Stephen Belcher, head of science and technology at the Met Office.

“These extremes are going to get even more extreme,” he warned, ensuring that the only way to stabilize warming is to quickly achieve carbon neutrality. In 2003 a heat wave killed 75,000 people in Europe and that, although there are now better means of adaptation, the organization estimates an increase in deaths among the elderly and people with the previous condition.

The United Kingdom announces a red alert for the first time due to the extreme heat engulfing the island
Heatwave in Europe: temperatures up to 45 degrees Celsius expected
European summer alert: emergency measures due to extreme heat, drought and giant forest fires