“For me, he is my President”: the words of the deputy of the All Front which revived the internals in the Government 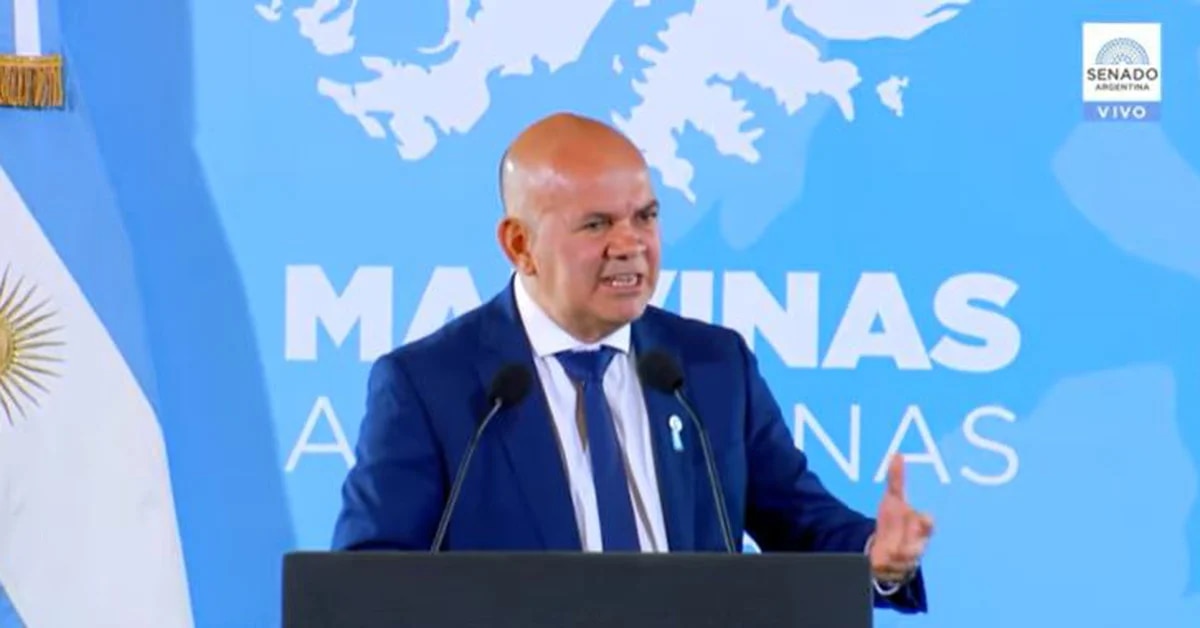 The 40th anniversary of the war on the Malvinas Islands revives the internals of Front of All, with messages and signals that once again reveal differences. Between those episodes, Aldo Leivaone of the Front of All deputies, calling Cristina Kirchner “president” during official action held at the Legislative Palace for the anniversary date. Then, his partner bank, Fernanda VallejosShe supports him on social media.

“I would call him President and not the Senate. To me, he is my President”, said legislators and veterans of war conflicts in the South Atlantic, delivering her words to Cristina Kirchner, who led the joint activity with the president of the Chamber of Deputies, Sergio Massa.

Leiva was the first combatant from the Malvinas to attain Legislative Power as a national representative, hand in hand with the Frente de Todos (FdT) listing for Chaco. He was one of the speakers at the event which took place this afternoon in the Blue Room of the Congress.

But the sharp message doesn’t end there. In turn, after Sergio Massa spoke, Vice President Cristina Kirchner gave a message about the date, the end of the “military party” in Argentina after the war, and claimed the identification of 119 NN soldiers buried in the Archipelago. The odd thing about the speech was the suggestive comments, in which he once again expressed personal discomfort with the head of state and his colleagues.

“I would recommend a book that I recommended to the President and he hasn’t read it yet. The President is here, from the Chamber of Deputies”, said Cristina Kirchner while speaking to Sergio Massa. Words similar to those used by Leiva. “You’ll read it, you say,” he pointed to Massa, which caused laughter in the room and at the head of the lower house. Later, he added that he gave Alberto Fernández the same book for his birthday. Posts about The diary of the seasons on the fifth floor: Episodes of economic policy in the Alfonsín years (Edhasa) by Juan Carlos Torre.

“Today I sent it to the President so the spokesperson (Gabriela Cerruti) doesn’t say that I didn’t give her anything on her birthday. Then I’ll look Monday: ‘Look, the Vice President is going bad, he didn’t even give him a small birthday present.‘. So I sent him a book, which was very interesting and very topical,” the vice president said of his 2019 running mate. “It has to do with the concept of the package they sold to Argentina“, he added.

The moment when Cristina Kirchner and Sergio Massa heard Deputy Leiva’s words and recognized him as “the president, and not from the Senate”

This Saturday, the ruling party carried out two separate institutional activities, in yet another symptom of the internal crisis the coalition is currently experiencing. Previously, President Alberto Fernández was in action again at the Malvinas Museum located in the Space for Memory and Human Rights (Ex ESMA).

Both the President and Vice President of the Nation avoided sharing joint institutional actions this April 2nd.

Shortly after, he was another representative of the Front of All, Fernanda Vallejos, who backed up the words of her colleague on the bench and also linked another coronation to Cristina Kirchner: “President. And… yes,” he wrote on Twitter, along with a heart and a photo of the former national president in the middle of his speech this Saturday. 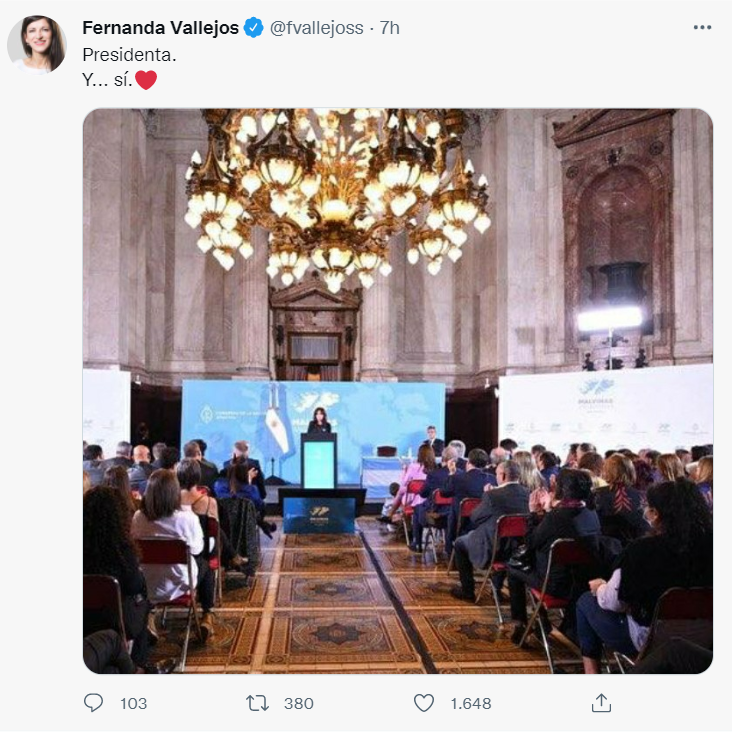 Later, the Kirchnerist leader again questioned the agreement with the International Monetary Fund (IMF), explaining that the book the vice president gave to Alberto Fernández detailed “the story of negotiations” with the organization from Grinspun to Sourrouille and the economic team. alphonsinism”, and keep it up “History is very important to build another Argentinian possibility”.

Speaking at the ceremony, deputy Aldo Leiva was transferred from the start in the evening, which consisted of the presentation of diplomas in honor of 17 former combatants who worked in the Legislative Branch. “I want to ask your permission because the deputy will not speak. War veterans, warriors, will speak”, he began with his speech.

Aldo Leiva requested this afternoon that the claim to sovereignty over the islands of the South Atlantic be “state policy” and thanked ex-combatants for their confession. “Not all governments are able to maintain a permanent deed and struggle for sovereignty”, he pointed out, and highlighted the efforts of the Alberto Fernández administration to reaffirm the need for a call for dialogue with the British occupying the islands. 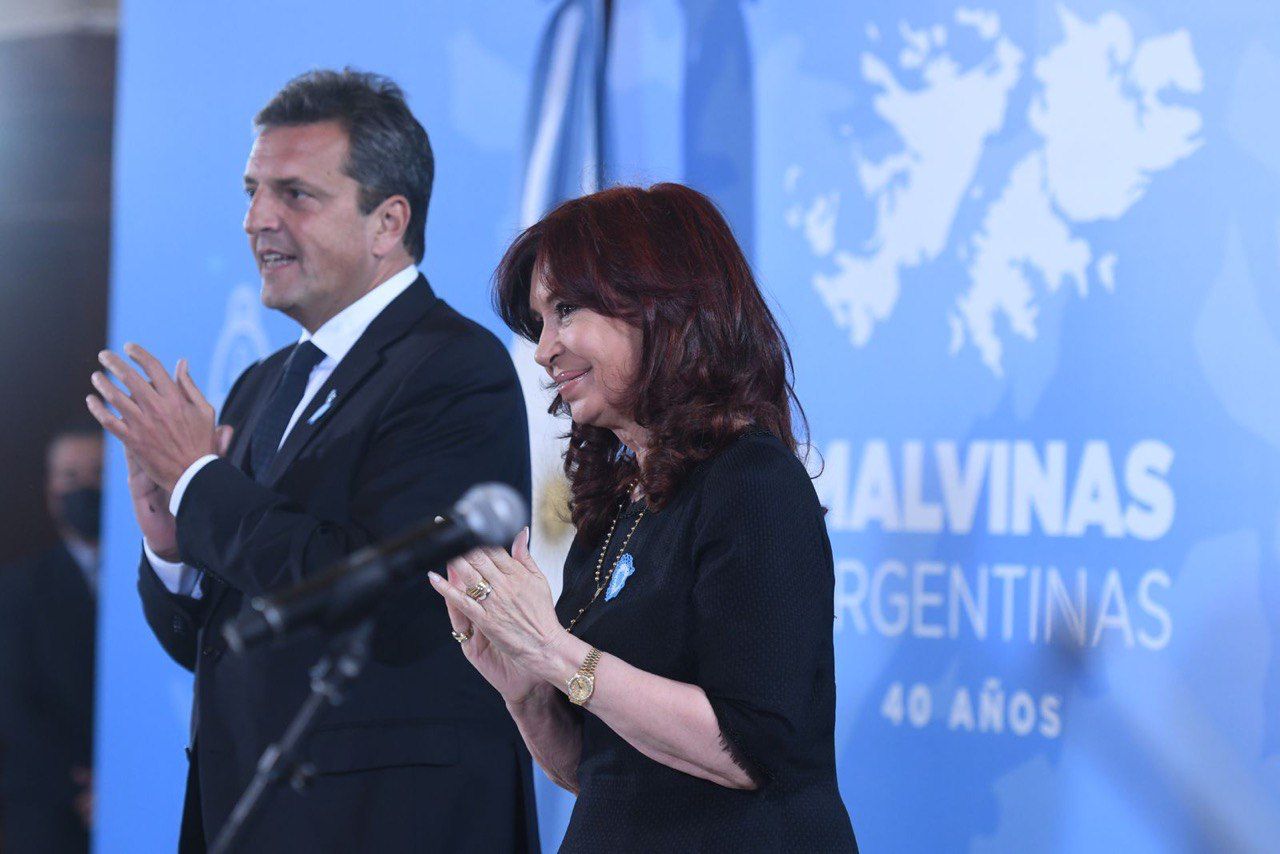 Leiva stated that she has double feelings when recalling the war: “On the one hand, pride says we went to defend the country and did what we could and, on the other, knowing that we were being used by a genocidal dictatorship. who left and that he intends to perpetuate himself in power with a very costly problem for Argentina”.

And I added: “It is important that all governments know that Malvinas should be the policy of the Statethat our claims should not stop so that Britain sits down to comply with the decisions of international organizations which say that it must talk to Argentina about sovereignty”.

After giving a short speech in the Senate Blue Room, Leiva was engulfed in a long embrace with the Vice President who was watching him from the pulpit. 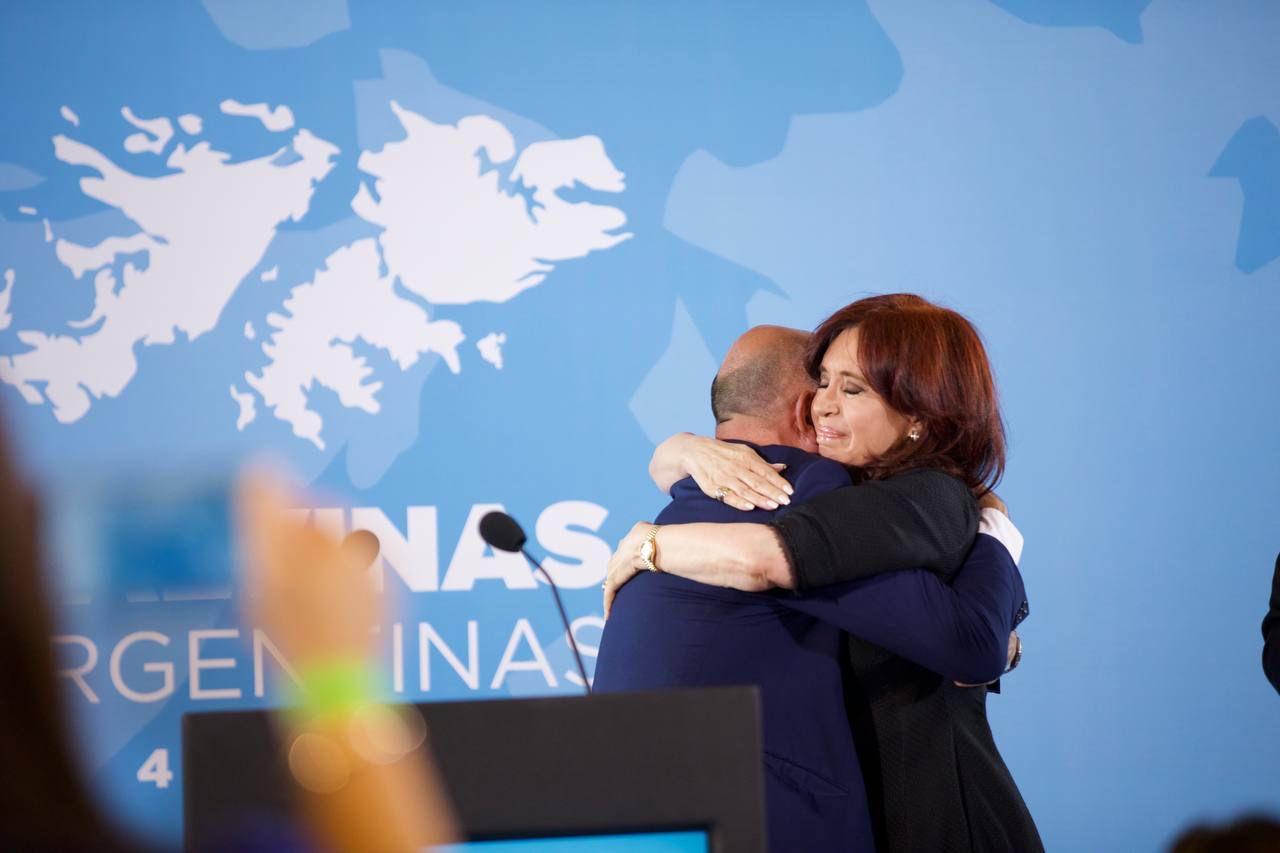 “Not all governments are able to justify permanent deeds and struggle for sovereignty,” said Aldo Leiva

Crisis in Government: Alberto Fernández and Cristina Kirchner, in separate action to mark the 40th anniversary of the Falklands War
Boris Johnson, 40 years after the Falklands War: “Our commitment to the islanders is as strong as 1982”
Veterans Day and the Fallen at Malvinas: Alberto Fernández calls on Britain to abandon “unjustifiable and excessive” military presence in the Islands