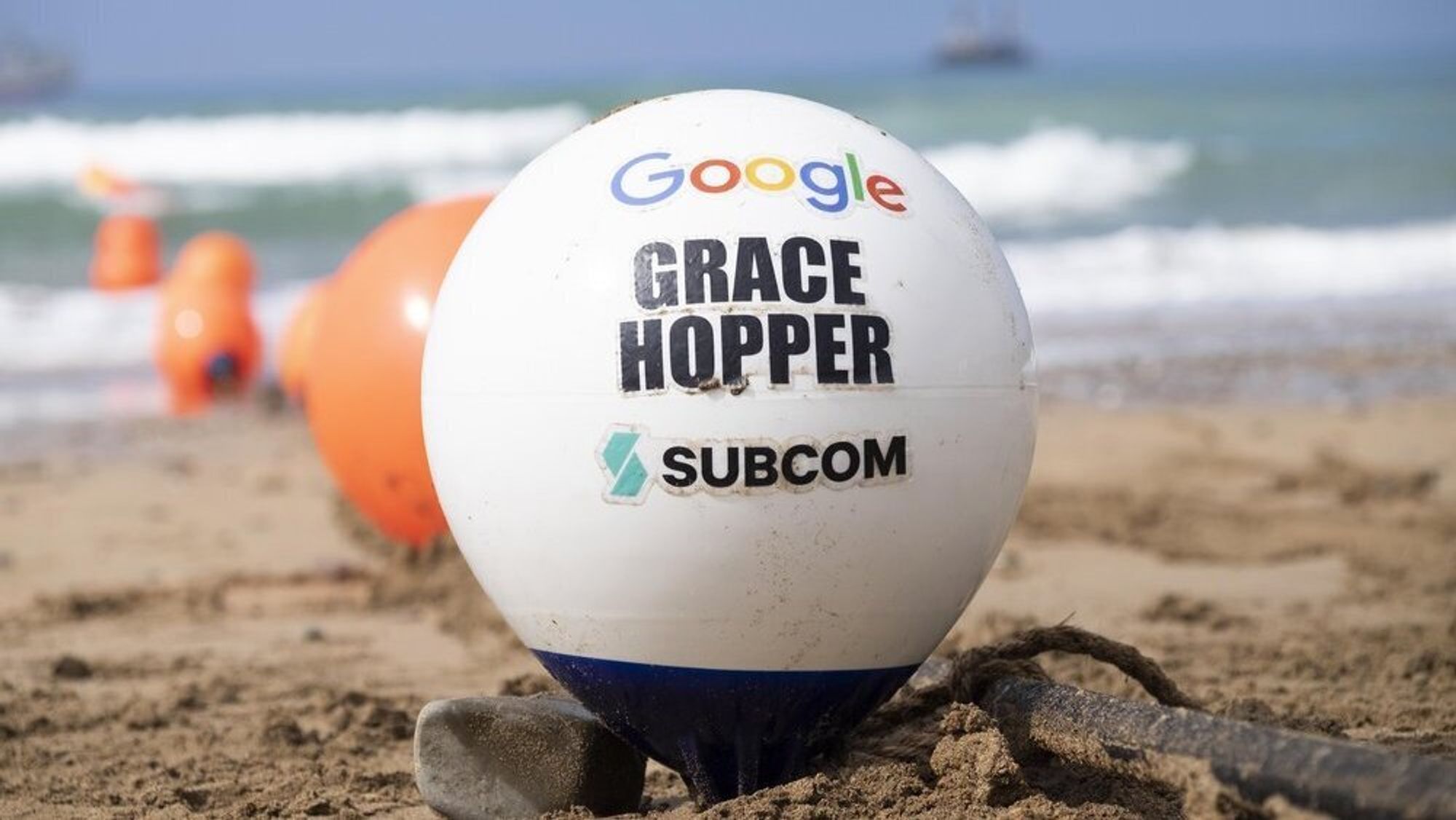 Google has invested billions of dollars, more than anyone else, in the development of superfast cable Internet that connects the world more closely.

The “fattest” to date, a transatlantic connection that stretches 6,250 kilometers along the seabed between New York and the British Isles, this week pulled ashore on a beach in Cornwall, England.

Google is not ashamed of its name. This cable is equipped with 16 pairs of fiber (32 fibers) for a total stated capacity of 352 Tbps (terabits per second).

At the start of next year’s production, it should be enough for 17.5 million people to simultaneously stream their 4K resolution video. Its performance surpassed Dunant’s cable between the United States and France, which entered service earlier this year.

This cable is wholly owned by Google, which will be used to increase capacity for both business customers (Google Cloud) and consumer services.

– Grace Hopper represents the “new generation” of transatlantic cable and is one of the first fiber links to connect the United States and the United Kingdom since 2003. It was written by Jane Stowell of Google, who was in charge of the project in a blog post.

The fiber link is one of many that have landed a little south of the small resort town of Bude in Cornwall, more specifically on Widemouth Bay.

The area along England’s Atlantic coast may be better known for its long beaches and favorable surfing conditions, but it’s also remote too significant telecommunications center.

The Grace Hopper is just one of many undersea cables, stranding here and connecting Britain to everything from Ireland, France, Spain, Portugal and the United States to Egypt, Ghana, Gibraltar and Libya.

One block away is the British Communications Head Quarter (GCHQ). big earth station involved in signal reconnaissance and interception.

Google now owns some privately owned submarine cables, but they have also invested heavily as part owners in fiber connections in collaboration with other players. There are also more on the way, see overview here.