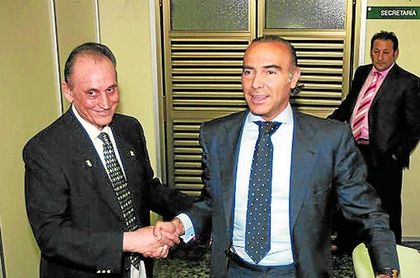 That Estremadura He was currently living in an extreme situation. Almost no players one step away from liquidation and with the need to play so as not to be disqualified from the first RFEF group, he is looking for all possible solutions to survive … at least three more days to play against Real Union de Irún and have more margin to save in your extreme situation.

Over the past two weeks, one by one, their players have found accommodation at other clubs and left the entity. Currently he only has two players, Exbetic Casto and exrecreativis Morcillo, while two others who have not yet broken free, Sebas Coris and Villacañas, remain waiting without training.

The option the entity is considering is registering some players from the subsidiaries to, at the very least, be able to play in Irún and not be disqualified. And then, take advantage of the fact that there are fifteen days of rest for the Super Cup to either finish it at once or liquidate the company.

The solutionAccording to Cope, it could come from Sevilla. More specifically from the El Fontanal neighborhood. According to this media, nephew of Manuel Ruiz de Lopera and now group executive director Ruiz Lopera SA, Francisco Javier Páez Ruiz, will hold several meetings, in Madrid and Seville, with the president of the Extremaduran club, Manuel Franganillo, to negotiate the sale of the club or become a shareholder as an investor.

In fact, these negotiations would have stopped Judge Mercantile, who would have liquidated the Almendralejo club due to the financial debts of the contract and due to a lack of investors.

This is the case Franganillo bought all the shares a year ago from Luis Oliver, the same businessman with whom Lopera once sold Betis shares.