No chips or nuts in UK due to cyber attack 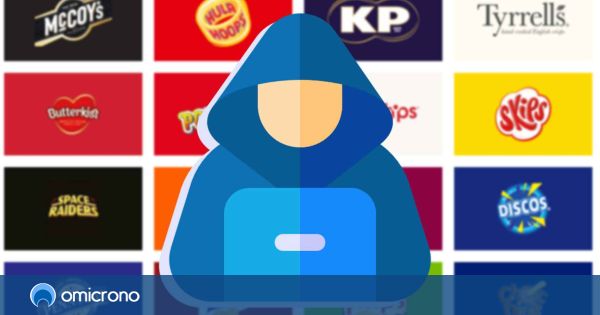 While the most common users are also victims of cyberattacks, companies are sometimes the most affected. Both in Spain and around the world there has been a significant increase in attacks of this kind against high-level companies, and new cases emerge almost every day. is what happened with KP Snacks, a British company that supplies chips and the like.

The company will suffer cyber attack by Conti, that ransomware Ryuk’s replacement, which will cause deliveries to UK partner supermarkets to be difficult until at least the end of March. This is evidenced by a letter from the company addressed to its business partners, which confirms that the company cannot “process orders or deliver goods” normally.

Surely Ryuk sounds familiar to you, and not just because of the anime Death note. He ransomware, Now replaced by Conti, who wreaked havoc in Spain in 2019, attacking computers across Spain and mainly targeting companies in the country like La Ser or Everis.

KP Snacks is responsible for brands such as Popchips or Tyrrell’s, as well as specialty products of British cuisine, such as Butterkist candies. Those responsible for Conti have been identified as the perpetrators of Monday’s attack. They follow operation mode more classic; stealing data and posting samples of stolen data on forums hacker to claim their authorship.

KP Snacks himself, in his letter explained, does not yet know when it will be able to mitigate the impact of the attack. Of course, they warned that there were “supply issues in stock and promotion” until further notice. For at least two weeks, orders will not be placed or received, and supplies will be held until March.

In short, its IT systems and internal communication methods have stalled and the company is currently investigating the matter with IT specialists and related companies. As always happens with attacks ransomware, Those responsible for Conti threatened to publish all the stolen content if the company didn’t make a ransom payment.

Conti emerged as Ryuk’s successor in 2020, and is run by distributor TrickBot, a malware banking nature used to spread attacks ransomware. It continues to use the classic business model, which consists of sales ransomware as a service and dealing with related support.

In fact, they even have your own website, where they publish all files with stolen data as extortion. All data from companies that have followed the relevant security recommendations and have not paid the required ransom.

One of the most serious cases of ransomware the last few years in Spain have been attacks on SEPE, the State Public Employment Service. The attack not only caused the entire body to collapse, but also left a consequence that took months to complete.