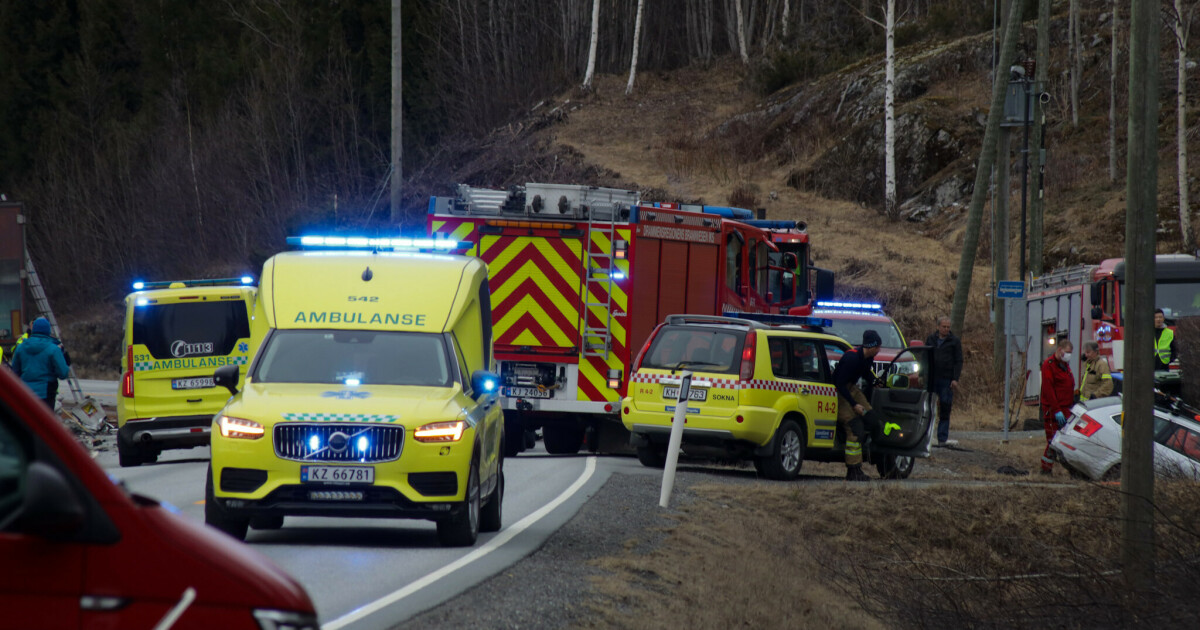 There was a complete stop to traffic on national road 7 south of Gulsvik in the municipality of Flå after a major accident in which a truck and several cars were involved.

– Appears to be a serious traffic accident between a heavier vehicle and a car – with several more cars involved. “We have been informed that one person is seriously injured,” operations manager Espen Reite told Dagbladet at 6:15pm.

In the update, police wrote that it was a front-to-front accident, and that a total of four vehicles and six people were involved.

– We’re working on getting resources, and the air ambulance will be landing soon, Reite continued.

At 6.30pm, police reported that air ambulance number two had been dispatched to the scene.

The one who was seriously injured was a man in his 50s. According to police, he was flown to Ullevål hospital in Oslo. Four people have been transported by ambulance to Ringerike hospital in Hønefoss, while the latter has been checked by ambulance at the scene.

The accident happened 3.5 kilometers south of Gulsvik. The national road – which is the main artery between east and west and to some areas of the cabin – was closed at 6:20 p.m.

Rv7 Flå, rgenvika-Gulsvik:
Closed due to a traffic accident.
Suggested detour via E16 Hønefoss-Fagernes-Gol.
An alternative detour for the smaller car is the Fv287 Eggedal. https://t.co/8cjT3czRpw

– There was a big traffic problem because of the Easter outing. A detour must be used, Reite’s operations manager said.

Police hope the road will remain closed for several hours while emergency services work at the scene to treat those involved and investigate the crash.

At 9:40 p.m., police reported that the road was likely to be closed until close to midnight.

Ole-Petter Ruud, traffic operator at Vegtrafikksentralen sr, said at 7 p.m. that the detour had been implemented.

– This is especially the E16 from Hønefoss over Fagernes, which is suitable for slightly heavier vehicles; and district road 287 above Eggedal, which is a bit easier for smaller cars, Ruud told Dagbladet.

The partial detour caused major problems for motorists, who had to turn around and drive several miles south to get to the detour.

– Work is underway to get the conductors and markings on, the traffic operator states.

He encourages riders to check 175.no and vegvesen.no to be updated on the traffic situation.

Ruud further stated that both the Norwegian Accident Investigation Agency for road traffic and the Norwegian Public Road Administration accident group had been notified and were on their way to the crash site.

– This happens a lot in slightly bigger and wider crashes, he explained.

The crash site is near where three young brothers died after colliding with a tow truck in August last year. The case is being investigated, and the tow truck driver is a suspect.