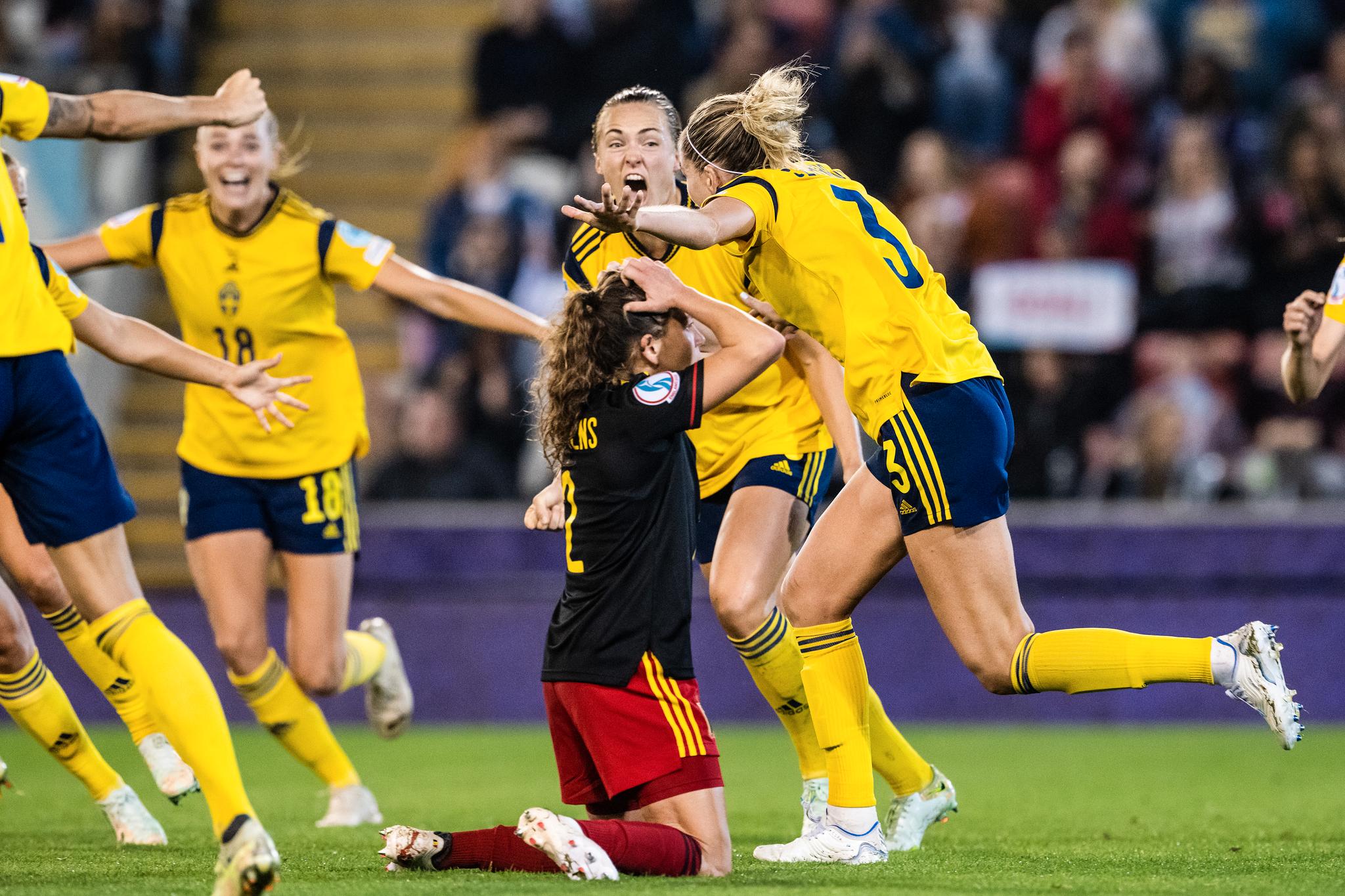 (Sweden – Belgium 1-0) Sweden are big favorites in the EC quarter-finals against Belgium, but a brilliant goalkeeper means they will have to wait a long time to start celebrating.

For the ninth time, Sweden is ready to advance to the semifinals of the European Cup. Admittedly, it took 92 minutes and 34 more to end before the score came.

As said, so done. Sembrant was in the right place at the right time when the ball ended at his feet after a corner one-and-a-half minutes into three minutes of extra time, firing the shot that secured Sweden’s place in the semi-finals.

– It was indescribable when I saw the ball hit the goal, he said enthusiastically.

– It was deserved after the crazy pressure from Sweden, said football commentator at NRK, Carl Erik Torp.

Sweden created big chances early in the game, but they struggled to break through. Midway through the first half, the yellow jerseys erupted with cheers, but after a lengthy VAR check, it was declared offside.

Sweden were big favorites before the game, but Belgium defended well in the first half.

– Looks like the Belgians have done their homework. They defended well for Sweden, said Vålerenga’s player and pundit at NRK, Elise Thorsnes at half-time.

The Belgian goalkeeper, Nicky Evrard, was very helpful in keeping the Belgian game in check.

– He’s a bit of a hockey goalkeeper. Insert the face first if necessary. He must have had a lot of pain in his career, says football expert at NRK, Aleksander Schau.

Sweden continued to press Belgium in the second half, but Evrard unleashed save after save.

In extra time, Evrard could not last much longer. After a corner, Linda Sembrant scored 1-0, which was met with cheers from Sweden.

– Sweden have to make sure they keep pressing throughout the game, said Schau.

Sweden will face England in the semifinals next Tuesday at Bramall Lane (home to Sheffield United, with a capacity of over 30,000 spectators.

– It’s gonna be really big. England, with lots of fans, and with our absolutely fantastic Swedish fans. “It’s going to be very intense,” said Sembrant.