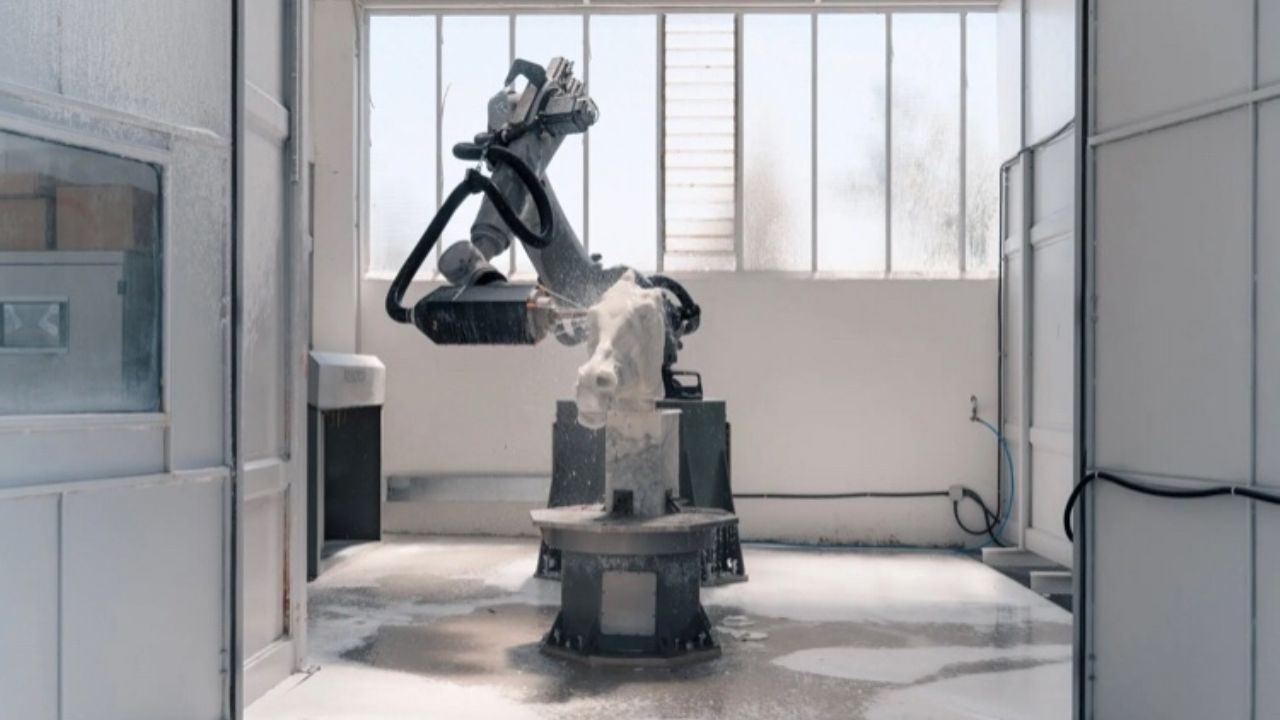 A company specializing in robotic sculptures began making models of horses from decorations torn by Scottish statesman Thomas Bruce in the early 19th century from the Parthenon, a temple built on the Acropolis of Athens in honor of the goddess Athena, which had been in the hands of the Kingdom since 1817. . Kingdom and exhibited at the British Museum, which refused its return to Greece.

The initiative to clone these friezes in life size was born at the Institute of Digital Archeology, the Oxford-based organization that in 2016 rebuilt and made Palmyra Arch travel the world, destroyed the previous year by the radical Islamic group Islamic State and rebuilt by the current TorArt company, based in Carrara and from marble extracted from the Apuan Alps, the same one used on the Acropolis, used a robotic arm designed by Giacomo Massari and Filippo Tincolini to copy the horse sculpture, the Italian company reports. ANSA news agency.

American Roger Michel, director of the Institute of Digital Archeology, told the New York Times that copies should end up in the British Museum: “The goal is to encourage the return of marbles. When two people want the same cake, making another, identical cake is the obvious solution.

Disputes over the Parthenon’s path have been going on for decades: London opened up the possibility of a sharing deal with Athens, which however claims full ownership of the statues, while Italy took the lead by returning to Greece part of the decorations. saves the Antonio Salinas Archaeological Museum in Palermo.

Michel and Alexy Karowska, the Institute’s technical director, introduced themselves to Britain as regular visitors after the museum turned down a formal request months ago to scan the decorations. Armed with the most advanced iPhones and iPads, they created 3D digital images which were then uploaded to the TorArt sculpting robot. The model will be ready by the end of July to finally go on display in London, possibly near the museum containing the original.

Two more copies will be repaired to return them to their originals without being lost or damaged over the years, as when, in the late 1930s, the British carried out an extreme cleaning that removed the patina. “Our replica will have traces of color, applied by hand with the help of Greek experts,” says Michel. Classic antiquity in technical hues, now connoisseurs can see: the “Chroma” exhibition just opened at the Met in New York, exploring the use of pigments in Greco-Roman sculpture.