The three most important sports news of the year in France 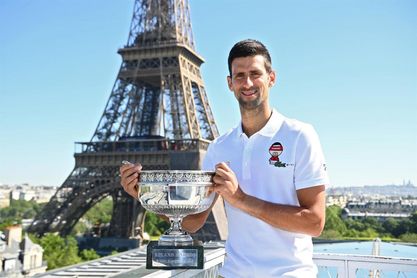 Paris, 27 Dec (EFE).- The signing of Leo Messi by PSG, Nole Djokovic’s victories at Roland Garros and the Seine as protagonists of the opening ceremony of the 2024 Paris Olympics were the top three headlines this year in France.

Paris Saint-Germain (PSG) became the world’s spotlight last August. First, a club owned by a Qatari fund managed to sign Argentine star Leo Messi (who left Barcelona watching him grow), and then he has continued, through ups and downs, what will surely be his successor at football’s Olympus, France’s Kylian Mbappe.

Messi, 34, was the protagonist of one of the most memorable receptions in the world of sport, while Mbappé, 23, had to settle for fulfilling his contract until June 2022 and putting his dream of signing for Real Madrid on hold.

Novak Djokovic showed on June 11 that Rafa Nadal could be a man in Paris. At his favorite track, Philippe Chatrier where he won thirteen Roland Garros Musketeers Cups, Nadal knelt in the semifinals against Djokovic, in a strange game where Spain started by winning the first arm but eventually succumbed to the next three.

After winning the final, “Nole” reached 19 Grand Slams, only one behind Roger Federer and Nadal himself, a gap the Serb would neutralize a month later at Wimbledon, when he tied 20 titles. The table continues between the three.

RIVER SENA WILL BE A LEADING PLAYER IN PARIS 2024

The organizing committee for the 2024 Olympics in Paris is making the world of sport a dream by announcing what will be one of the most original and spectacular Olympics inauguration.

On December 13, an agreement was signed so that, for the first time in history, the opening ceremony would not be held at the Olympic stadium. Thus, on July 26, 2024, athletes will travel in 160 boats on the waters of the Seine in Paris, which will be flanked by an estimated 600,000 spectators who will be added to those who will be able to see it on television around the world. EFE