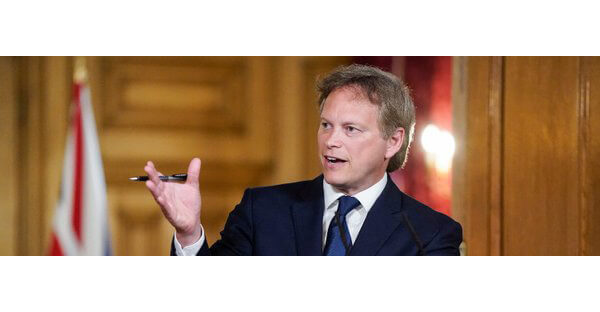 “I have made a criminal offense for every Russian plane to enter British airspace and now HMG can stop this plane. We will strangle the ability of Putin’s cronies to continue to live normally while thousands of innocent people die,” British Transport Secretary Hon Grant Shapps wrote on Twitter.

As well issue a letter, sent to all UK airports and airfieldsoutlined the new measures, including granting air traffic control powers to “instruct Russian pilots or aircraft operators not to enter or leave British airspace by certain routes.” .

“The aviation sector is critical to international connectivity and trade and we must play our part in holding Russia’s economic interests in check and holding the Russian government accountable. Under these circumstances, the Department of Transport did not consider it appropriate for a Russian aircraft to enter British airspace or land at a British airport.”

That new power they will also allow the government to remove aircraft belonging to Russian individuals and entities from the British aircraft list.

Additional trading measures, also introduced today, prevent the export of British aeronautical or space goods and technology to Russia, including related services such as insurance and reinsurance services. This means that coverage under existing policies is withdrawn and UK insurers and reinsurers will be unable to pay claims in respect of existing policies in this sector.

These new measures will further amplify the growing economic pressure on Russia and they will ensure that the UK complies with the sanctions imposed by our allies.