What is the hottest country according to NASA? 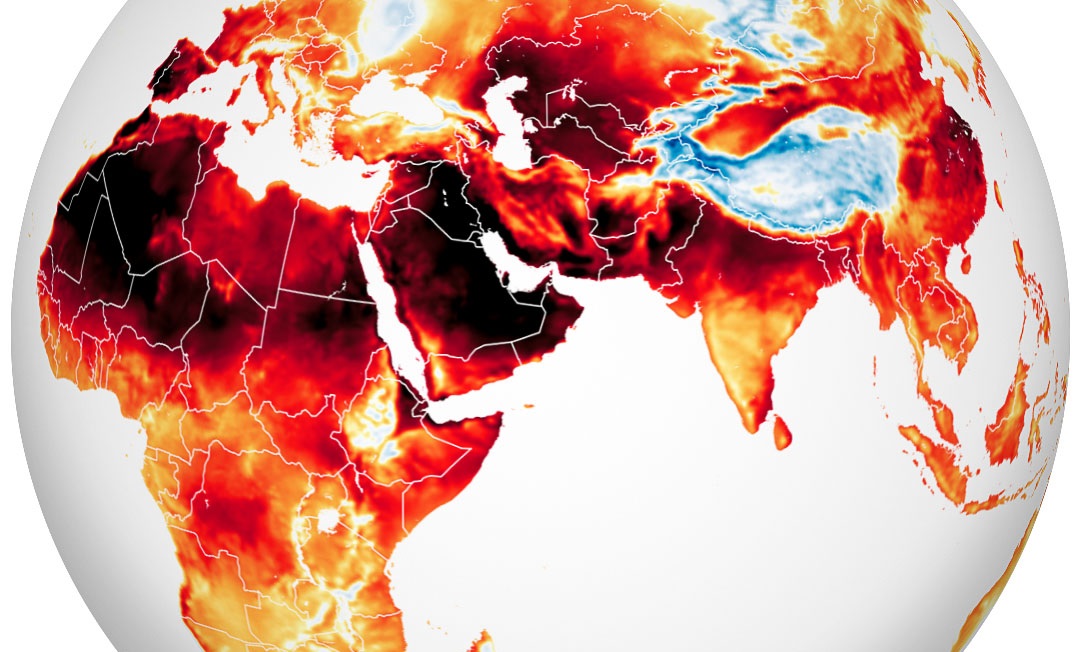 Summer has hit Europe like never before, as countries like the UK have exceeded 40 degrees, a climate they have never experienced before. However, this is not the only continent to be hit by the latest heatwave, as parts of Africa, Asia and the Middle East have also been affected. To that end, NASA publishes a map of the countries with the highest temperatures.

Regarding extreme heat episodes experienced by different regions of the world, the National Aeronautics and Space Administration (NASA) reports the hottest latitudes, globally. The map shows the temperature the air reached -in these countries- on July 13; The populations of Portugal, Spain and parts of France were the most affected, as the same high temperatures sparked a series of fires that produced climates of up to 45 degrees.

To make these measurements possible, NASA uses the Goddard Earth Observation System (GEOS), which is based on mathematical models to understand the physical processes through which our atmosphere passes.

According to Steven Pawson, a leading member of NASA’s Goddard Space Flight Center, this temperature increase is a consequence of human activities, which produce more and more greenhouse gas emissions, causing climate extremes that affect living conditions. , not only for humans. , but also for living species, such as animals and plants, that are all around us.

What is the hottest country?

A NASA map places Portugal and Spain at the top of the list, which are the two areas most affected by the bushfires, causing the loss of thousands of hectares in each.

In Italy, intense heat waves have caused the loss of most of the Marmolada glacier, the highest mountain in the Dolomites, one of the most important natural areas in the Alps. These losses resulted in avalanches, ice and rock, which caused the deaths of 11 people who entered the tourist area.

With regard to the UK, the European Meteorological Office reports, temperatures are expected to continue to rise, which will set new records for extreme temperatures.

In Tunisia, Africa, temperatures hit 48 degrees, surpassing the highest recorded 40 years ago. This climate also affects the economic and productive life of the region, preventing a good cereal harvest, one of the most profitable businesses.

In the case of Iran, in June the weather is up to 52 degrees. While China reached more than 40 degrees.

“Such extreme heat has a direct impact on human health, alongside other consequences, including the fires that are happening now in Europe and Africa, and which have proliferated in recent years in North America,” Pawson concluded.