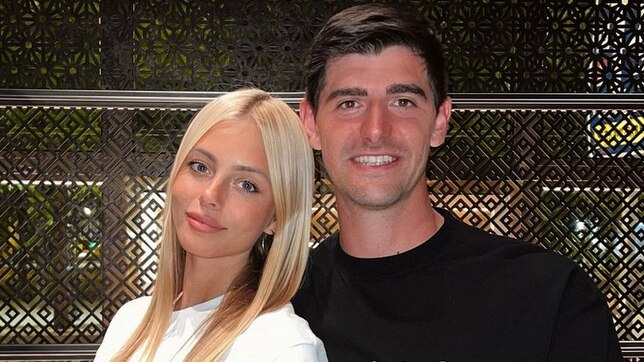 Thibaut Courtois lived one of his finest moments both professionally and personally. The Real Madrid goalkeeper is enjoying a well-deserved holiday after winning two important titles this season: the thirty-fifth league title and the fourteenth Champions League in the history of the white club. The Belgian was on the Amalfi Coast with partner, model Mishel Gerzig, with whom he had been in a relationship since August last year.

Athletes and models have enjoyed several days of disconnection in the area, although they didn’t want to publish pictures on their social networks until today. And this Saturday Thibaut Courtois and Mishel Gerzig have reappeared on their respective Instagram profiles to publicize the important step they plan to take in their relationship. “Yes, a lifetime with you,” the Israeli wrote after the Madrid goalkeeper asked him to marry him on the high seas.

Along with these words, Courtois and Mishel shared a picture carousel where all their followers can see some details of a romantic wedding request aboard a luxury ship. Minutes after it was published, the post had already surpassed more than 140,000 ‘likes’. In addition, the couple received many congratulatory messages after this wonderful news from celebrities and anonymous users.

Thibaut Courtois and Mishel Gerzig met through social networks. It all happened when the Israeli model shared a photo on her Instagram profile in which she posed with her pet. From there, the multiple exchanges of messages between them didn’t stop until they took the step of meeting in person. For months, the courtship has progressed to such an extent that the goalkeeper has decided to ask his girlfriend to marry him in style.