UK breaks its heat record with 40.2ºC and the Iberian Peninsula continues to burn 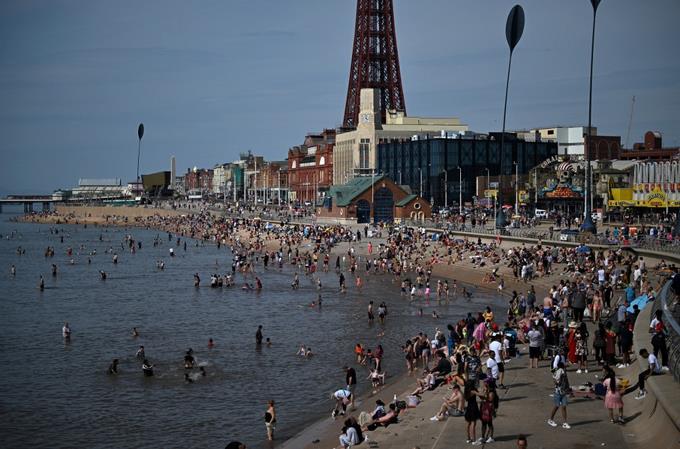 High temperatures broke historical records in Britain on Tuesday, exceeding 40ºC for the first time in the wake of a heatwave that swept through Western Europe and caused wildfires that ravaged the Iberian Peninsula.

At Heathrow airport, west of London, it recorded 40.2ºC, the British meteorological agency Met Office reported, at around 1pm local time, noting that this is the first time the threshold has been exceeded in the country.

This is the second heatwave in Europe in just one month. The increase, according to scientists, is a direct consequence of the climate crisis, as greenhouse gas emissions increase in intensity, duration and frequency.

The temperature record is “a vivid reminder that the climate has changed and will continue to change,” said Stephen Belcher, head of science and technology at the Met Office. “These extremes will become more and more extreme,” he warned, saying the only way to stabilize warming was to quickly achieve carbon neutrality.

About 30 km east of London, A massive fire engulfed the city of Wenington on Tuesday afternoon.where a hundred firefighters tried to control the fire which had devoured a large area of ​​vegetation and several buildings and houses.

In Spain, where the extreme heatwave began nine days ago, wildfires are continuing, especially in the province of Zamora (northwest), which already experienced severe fires a month ago.

According to regional authorities, nearly 6,000 people had to be evacuated.

Rail traffic remains at a standstill between Madrid and Galicia, a northwestern region known as one of Europe’s largest wolf sanctuaries, where nearly 30,000 hectares of land had burned in an earlier fire in June.

After several days in which temperatures of 40ºC were exceeded in most of the country, Spain’s meteorological agency announced a slight ceasefire.

– Johnson is accused of not taking it seriously –

Already on Monday the temperature had risen in eastern England to 38.1°C, the third highest in the history of the country, which had the hottest night that day, according to the Met Office. In some places the mercury does not drop below 25ºC.

Boris Johnson’s government has been accused of not taking the phenomenon seriously after the prime minister missed an emergency heatwave meeting on Sunday and instead attended a farewell party.

The heatwave appears to be moving into northern Europe on Tuesday, where the Netherlands will hit a record 39°C, close to its national record (40.7°C in 2019).

Temperatures are forecast to exceed 41ºC in Germany, beating on Tuesday or Wednesday according to meteorologists the record 41.2ºC recorded in July 2019 in the west of the country.

In France, after many record heats recorded the day before, such as 42°C in Nantes (central) or 42.6°C in Biscarosse (southwest), temperatures are expected to drop slightly.

The country continues to face two major fires in the Bordeaux region, which have destroyed 19,000 hectares of forest and displaced 16,000 people.

More than 1,400 firefighters continue to extinguish the blazes in central and northern Portugal, despite temperatures dropping sharply in recent days.

Two of the most worrying fires occurred in the Vila Real region, in the far north of the country.

One of them led to the evacuation of 300 people on Monday night. A couple in their 70s died in the area after driving off the road while trying to escape the blaze in their car.

About half of the EU territory is currently at risk of drought due to a prolonged lack of rain.

This puts countries such as France, Romania, Spain, Portugal and Italy at risk of seeing their agricultural output dwindle, the European Commission warned.