The three most important sports news of the year in Colombia 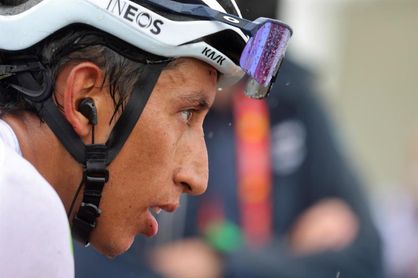 Bogotá, Dec 27 (EFE).- The holding of the Junior Pan American Games in Cali, the Anthony Zambrano medal in Tokyo and Egan Bernal’s win at the Giro d’Italia are the most prominent news of the year in Colombia.

The most important sporting event of the year for the country’s sport was the first edition of the Junior Pan American Games, which were held in Cali in November and December with great success.

More than 3,500 athletes between the ages of 14 and 22 from 41 countries competed in 27 disciplines. Brazil finished first in the medal table with 59 gold, 49 silver and 55 bronze.

Anthony Zambrano won a silver medal in the 400 meters at the 2020 Tokyo Olympics, a historic victory for the country as it was the first national men’s athletics medal in speed and the country’s fourth in this sport.

Zambrano was left with silver in the final where Bahamas Steven Gardiner was gold, thus repeating the position they earned two years ago at the Doha World Cup and leaving the bronze medal for Olympic and world champion, Granada-born Kirani James.

Cyclist Egan Bernal, 24 years old and a member of the Ineos team, climbs to the top of the Giro d’Italia podium, which is also his first participation, escorted by Damiano Caruso (Bahrain) of Italy, at 1:29, and Simon Yates of England (BikeExchange), on 4:15.

Bernal had a great three weeks and managed his earnings in the final week, buoyed by his talent and the team Ineos committed to his leadership, who is also recovering his best version after months of being plagued by injuries. EFE